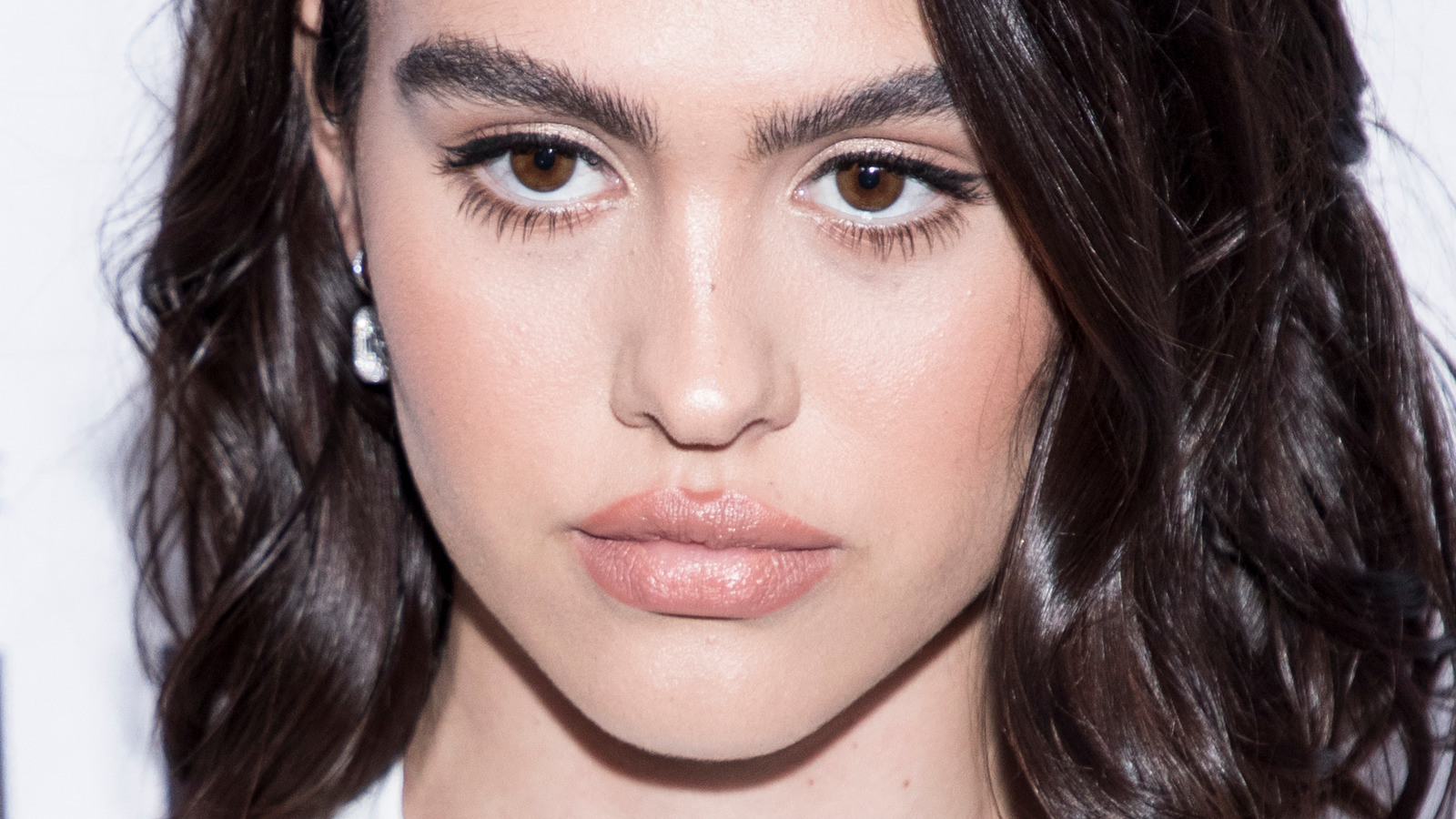 Amelia Hamlin took to her go-to platform to share a couple of new pics in which she rocked a pair of pants and nothing more aside from some accessories! That’s right, the gorgeous model posed topless in her newest social media post, only covering herself up with her hands. She also joked about the lack of a top in the two pics she posted by writing in the caption: ‘pants are @boohoo, top is m.i.a.’

As mentioned before, while there was a lack of a shirt, Amelina made her outfit a lot more complete for the camera by wearing several Cartier accessories as well as a very sexy body chain in gold. She was wearing a gold Rolex watch on her left wrist as well, an accessory that is believed to be a present from her boyfriend, Scott Disick! The only item of clothing she had on definitely grabbed all the attention since it was a pair of fashionable, lilac pants that gave her such a summer-ready vibe!

Her hair was styled down and parted at the center and her makeup was rather light, rocking a matte nude lipstick that gave the 20 year old a fresh and youthful look. Lisa Rinna’s daughter and Kourtney Kardashian’s ex and baby daddy seemingly started seeing each other around Halloween of 2020, their romance sparking a lot of controversy due to their massive age gap. Speaking of, even her mom expressed concerns regarding the relationship during a new The Real Housewives of Beverly Hills episode. ‘I only know Scott Disick from the Kardashians and Scott was with Kourtney, not married. They have 3 children, Oh, God. A couple days ago, Amelia sends me a video of [her] and Scott on the beach. She’s 19. He’s 37 with three kids. Hello!’ Lisa said, adding that it felt like a ‘what the f**k moment’ to her.