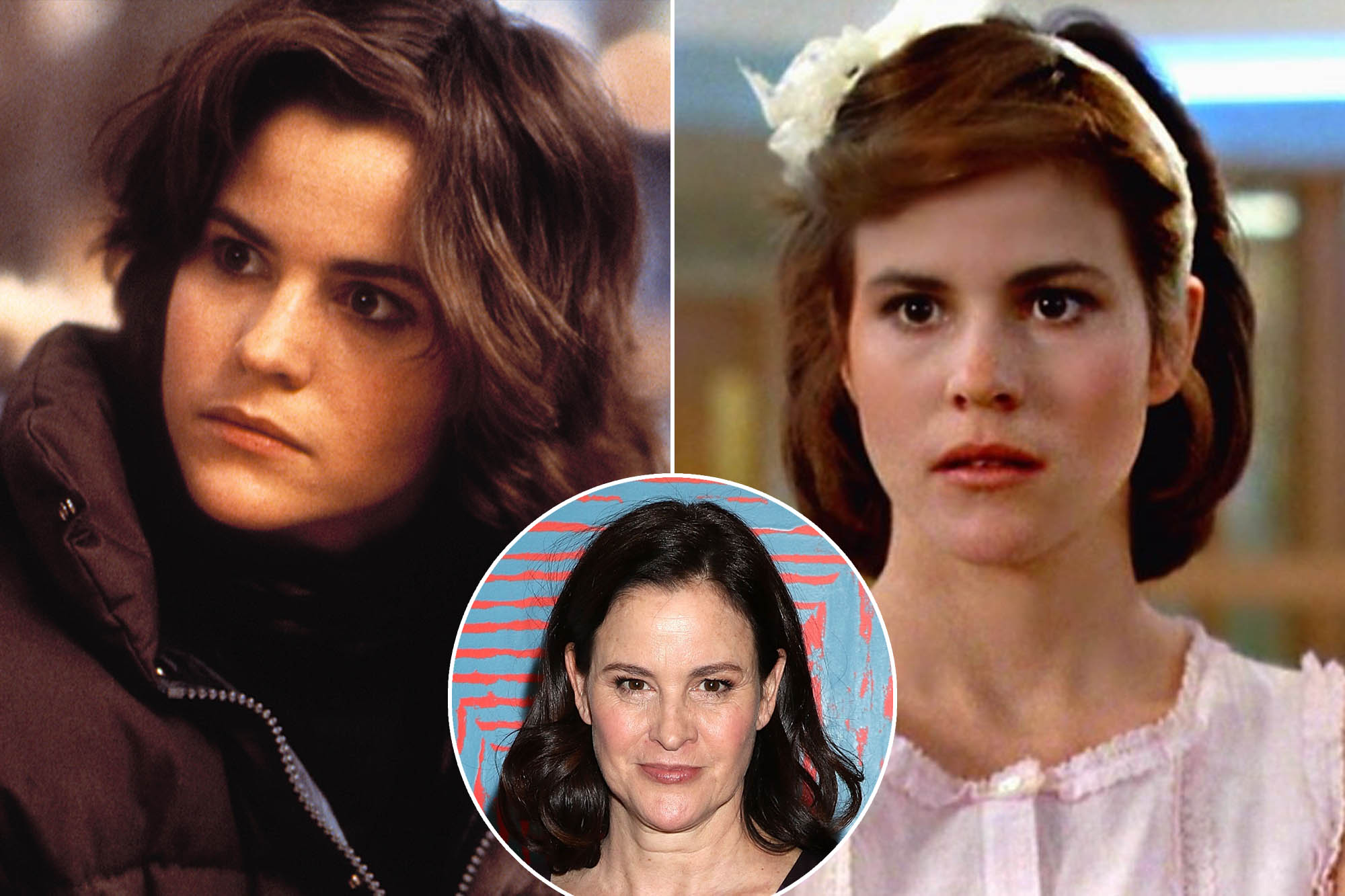 The actress, 59, memorably played Allison Reynolds, a charming misfit dubbed the “Basket Case” who undergoes a preppy transformation replete with a hair bow in the 1985 teen classic.

“It was uncomfortable even when we were filming it,” Sheedy confessed to Page Six in a recent interview. “It was one of those things, though. It was the ’80s, and we got to take this young woman who seems like a crazy person and make her into, you know, somebody pretty or whatever it was.”

She added, “But I agree Allison is much more delicious before the hair bow goes on.”

Despite her misgivings about Allison’s refresh, Sheedy calls the John Hughes-directed film “nothing but a gift.”

“I had no idea that the movie was going to be such a success,” she said. “I didn’t really understand how much [of a] success it was at the time. I didn’t have any idea that it would continue going on and have this extended life.”

The New York native — who has been acting for over 40 years and made her big screen debut in 1983’s “Bad Boys” opposite Sean Penn — can currently be seen in the Freeform show “Single Drunk Female” as Carol, the mother of 28-year-old alcoholic Samantha Fink (Sofia Black-D’Elia), who is forced to move back home after bottoming out.

Sheedy is thrilled with her role as an overbearing mom.

“I had so much fun playing this character,” she enthused. “I love the messiness of it.”

In real life, the “St. Elmo’s Fire” star is mom to son Beckett Landsbury with ex-husband David Lansbury. She admits to having to remind herself not to be like Carol.

“It’s so hard,” she continued. “I have notes that I write out for myself. Guidance rules of the road. Do you know what I mean? You don’t have to, you know, don’t overdo it. … I’m just trying to have his life in his space. But I think it bothers me that I think about him so much more than he thinks about me.”

Sheedy admits she has to stop herself from constantly calling her son, Beckett.beckettlansbury/Instagram

Sheedy also keeps busy by teaching an on-camera theater class at the City College of New York, something she’s been doing for the last four years.

“I absolutely love it,” she said before acknowledging that some students sign up because “they know the stuff that I’ve done” while others google her after enrolling.