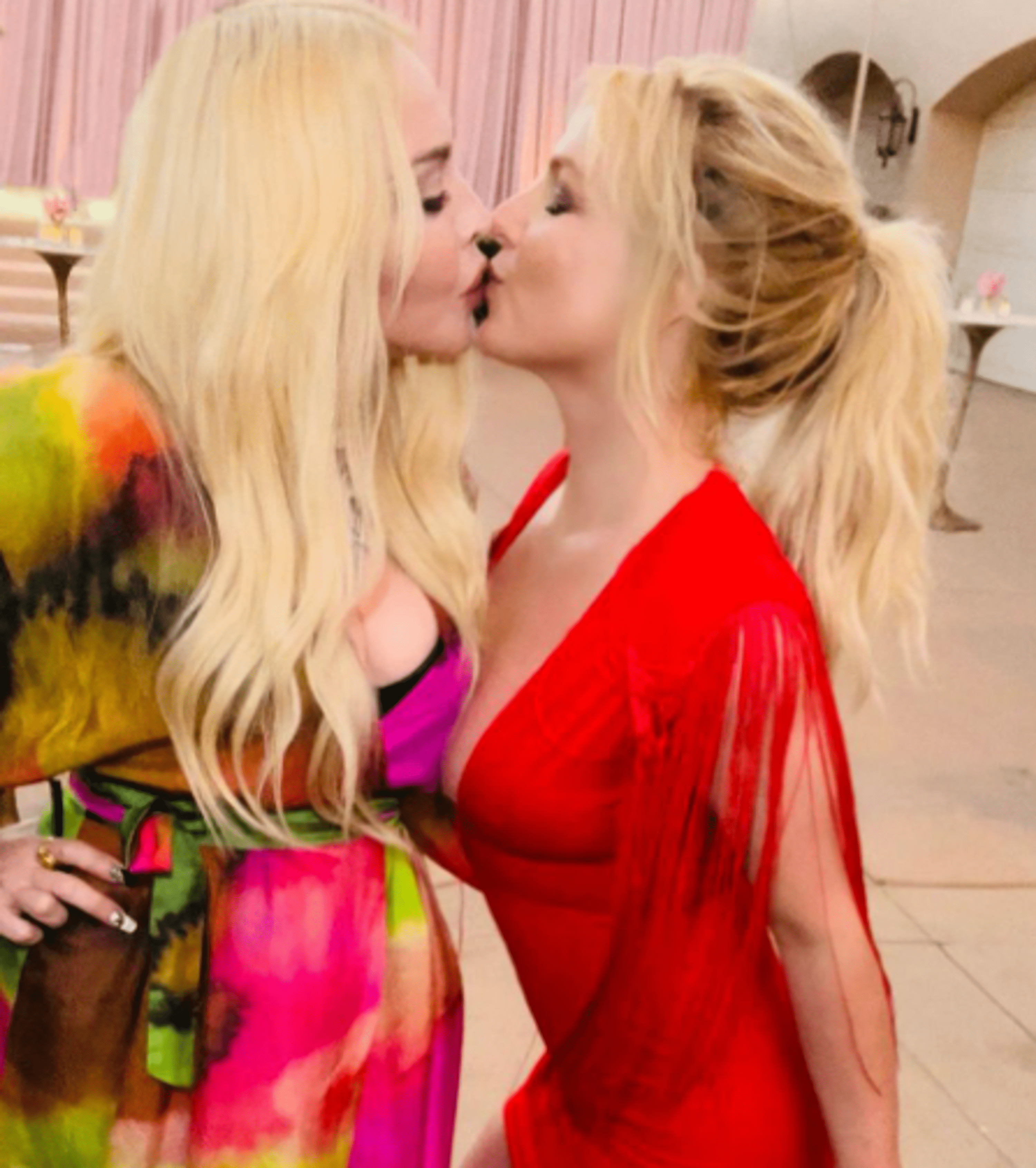 The night before, singer Britney Spears married her boyfriend, Sam Asghari . Journalists managed to learn about the upcoming ceremony just a few hours before it began.

The guests of the wedding party were Paris Hilton, Donatella Versace, Drew Barrymore, and other celebrities. Shortly before Britney and Sam exchanged vows, it became known that for such an important event, a custom Versace wedding dress was created especially for the bride. But the couple shared the first official pictures from the celebration only today. As you can see from the photo, Britney chose a snow-white dress with a corset and bare shoulders, made of natural silk and complemented by a veil with satin trim.

Spears decided to complement Versace’s outfit and jewelry in the style of Cinderella with no less fabulous decorations: a snow-white horse-drawn carriage met the guests near the bride’s house, and the altar was decorated with hundreds of pink roses. By the way, the tuxedo for the groom was also sewn by the designers of the Italian brand. 40-year-old Britney and 28-year-old Sam exchanged vows of eternal love and fidelity to the sounds of one of Elvis Presley’s most popular musical compositions, Can’t Help Falling in Love. People reported that the singer described the day as “the happiest day of her life. ” “Oh, she cried with joy when she was literally a step away from the altar,” One of the insiders told reporters. During the evening, Britney Spears changed three outfits and, it seems, managed to chat with each of the 50 invited guests. There were no relatives among them, except for her brother Brian the only one whom the celebrity does not consider guilty of the fact that for many years she could not get rid of the guardianship of her own father, who managed her money and forbade her to have children. Britney’s sons, Kevin Federline, 16-year-old Sean, and 15-year-old Jayden, refused to come to the wedding, notifying their mother about this through their father’s lawyer.

Demi Lovato is the latest star to rock the ‘naked dress’ trend
Shop Audrey Hepburn’s ‘Breakfast at Tiffany’s’ sunglasses for under $100
We use cookies on our website to give you the most relevant experience by remembering your preferences and repeat visits. By clicking “Accept All”, you consent to the use of ALL the cookies. However, you may visit "Cookie Settings" to provide a controlled consent.
Cookie SettingsAccept All
Manage consent