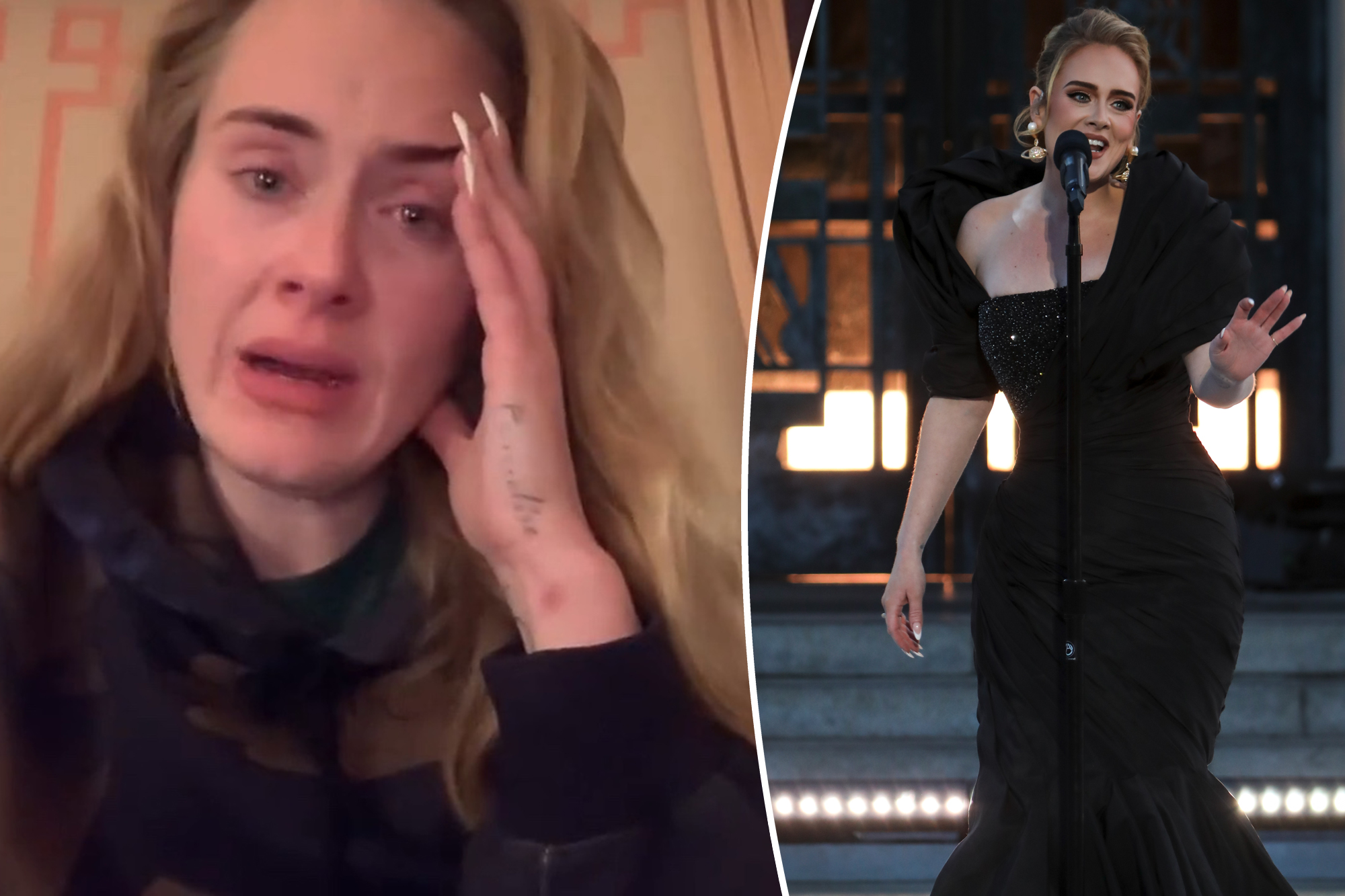 Adele postponed her Las Vegas residency after throwing a fit over a swimming pool stunt, according to a new report.

During the show, the “Easy on Me” singer was supposed to stand in the middle of the pool, but compared final design to an “old pond” and refused, The Sun reported late Monday.

“When she saw the finished design, she refused to take part,” a source told the outlet.

“Adele described the pool as a ‘baggy old pond’ and refused, point blank, to stand in the middle of it. The intention was to fill it with water on the set as she was lifted up on a crane-type mechanism, creating the illusion she was floating on water.”

The British singer, 33, tearfully announced on Jan. 20 that she was postponing her “Weekends With Adele” residency — just one day before they were set to launch, leaving many fans who had already arrived in Sin City in the lurch.

She blamed COVID-related delays for the postponement.

“Half my crew, half my team is down with COVID — they still are — and it’s been impossible to finish the show. I can’t give you what I have right now, and I’m gutted,” she said as her voice began to crack. “I’m gutted, and I’m sorry it’s so last-minute.”

Since her announcement, numerous reports have emerged claiming the real reason for the delay, including an alleged clash with the venue over her 60-person choir and arguments with her set designer, Esmeralda Devlin.

The “Easy on Me” singer postponed her residency on Jan. 20 – just one day before they were slated to begin.IvaVerse22/MEGA

“In spite of the set costing millions to put together, Adele was unhappy with the result, and she made her feelings very clear to Es,” an insider claimed.

“She [Adele] was already nervous and the falling out sent her spiraling into a panic because she was desperate that everything should be perfect,” the source continued, noting that Devlin also worked on Adele’s 2016 world tour.