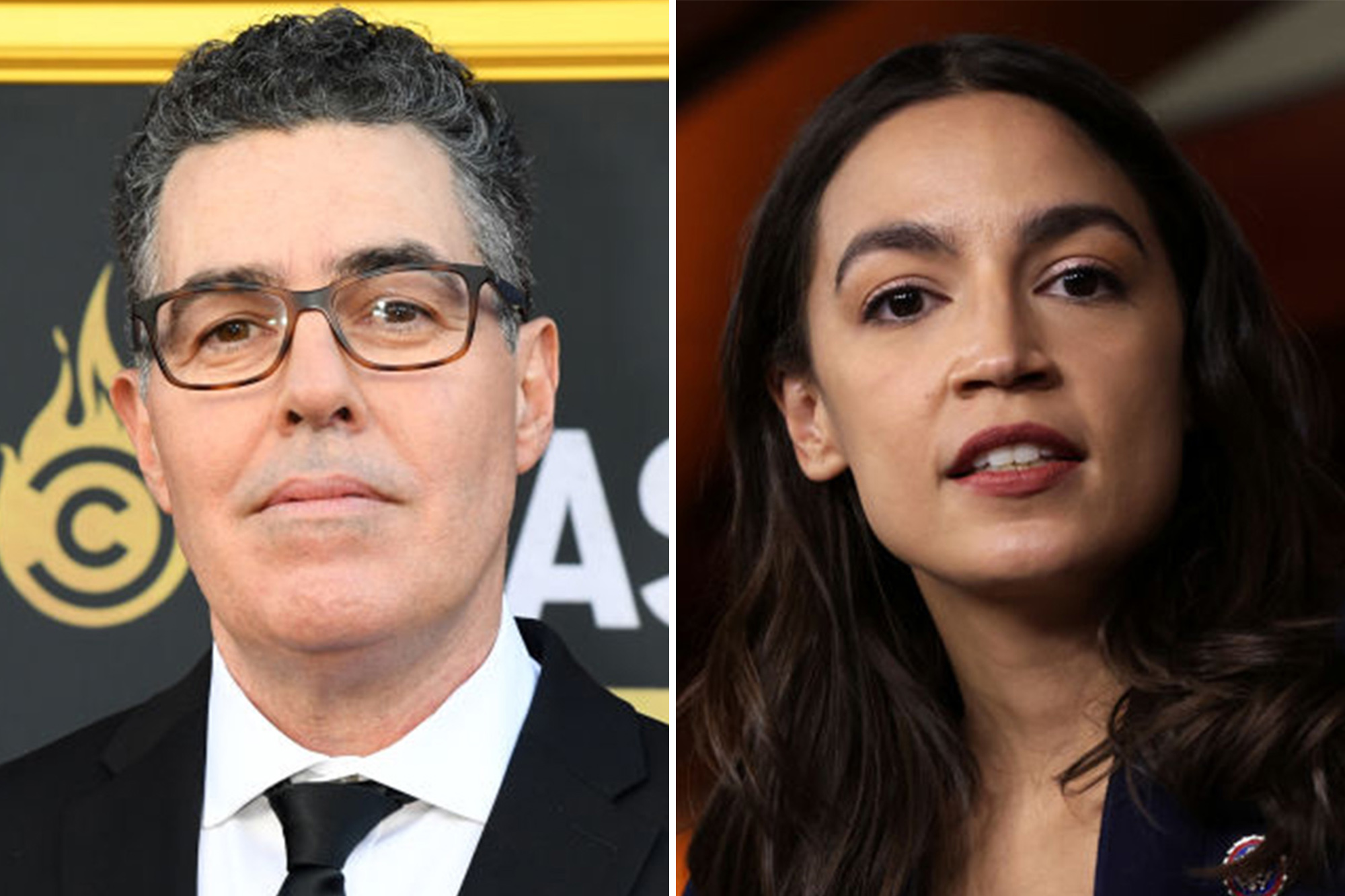 Radio personality Adam Carolla is being slammed on social media after claiming that people only like rabble-rousing New York City Congresswoman Alexandria Ocasio-Cortez because she’s young and attractive. The 57-year-old “Adam Carolla Show” host dropped the bombshell during a recent appearance on “Hannity.”

“Here’s a quick thought experiment: If AOC was fat and in her 60s, would anyone listen to another thing she ever said?” the “Man Show” creator told Sean Hannity in the inflammatory interview.

The talk show host responded, “Oh, boy. You’re going to step in that one.”

However, Carolla argued that while the 31-year-old politician is “young, vibrant and beautiful,” and “everyone’s always putting a camera and a mic in her face,” her “opinions are idiotic 95 percent of the time.”

“I don’t think, if she was a middle-aged, heavyset woman, anyone would care what she had to say,” the podcaster concluded.

Ocasio-Cortez (D-NY) has not yet commented on the comedian’s remarks, but Twitter was quick to hold Carolla’s feet to the fire.

“Meanwhile he is 57 and no one has listened to him in decades,” snarked one Twitter critic, while another fumed, “if Adam Carolla were thin, good-looking and young, he would still be a flaming a–hole.”

“Women can’t exist in public without offending misogynists like Adam Carolla,” argued one Carolla critic. “First AOC was too young, then she was ‘just a bartender,’ and now people only listen to her because she’s cute?”

Meanwhile, another said that the comedian personified Ocasio-Cortez’s widely criticized tweet last month, in which the activist claimed that “Republicans are mad they can’t date me.” She was responding to critics who ripped her boyfriend Riley Roberts for wearing sandals during their Miami vacation.

Even Hannity, who has been a vocal critic of AOC in the past, wasn’t picking up what the radio icon was putting down.

“I’m not so sure I agree,” the conservative pundit said in response to Carolla’s comments. “Now, I will say this: You can criticize her ideas — and I do, I think the Green New Deal is madness and insanity — but she’s got the whole Democratic Party following her.”

Adam Carolla during the Comedy Central Roast in 2019.Getty Images

Hannity added that AOC was so “powerful,” she even had a shot at replacing Nancy Pelosi as speaker of the House.

Carolla responded, “Look, I agree with you. I’m just saying, if she was fat and old, I don’t think TMZ would be chasing her around with a camera.”

Toya Johnson’s Daughter, Reign Rushing Is A Star Now
Elton John thanks wrong city after Kansas City performance
We use cookies on our website to give you the most relevant experience by remembering your preferences and repeat visits. By clicking “Accept All”, you consent to the use of ALL the cookies. However, you may visit "Cookie Settings" to provide a controlled consent.
Cookie SettingsAccept All
Manage consent