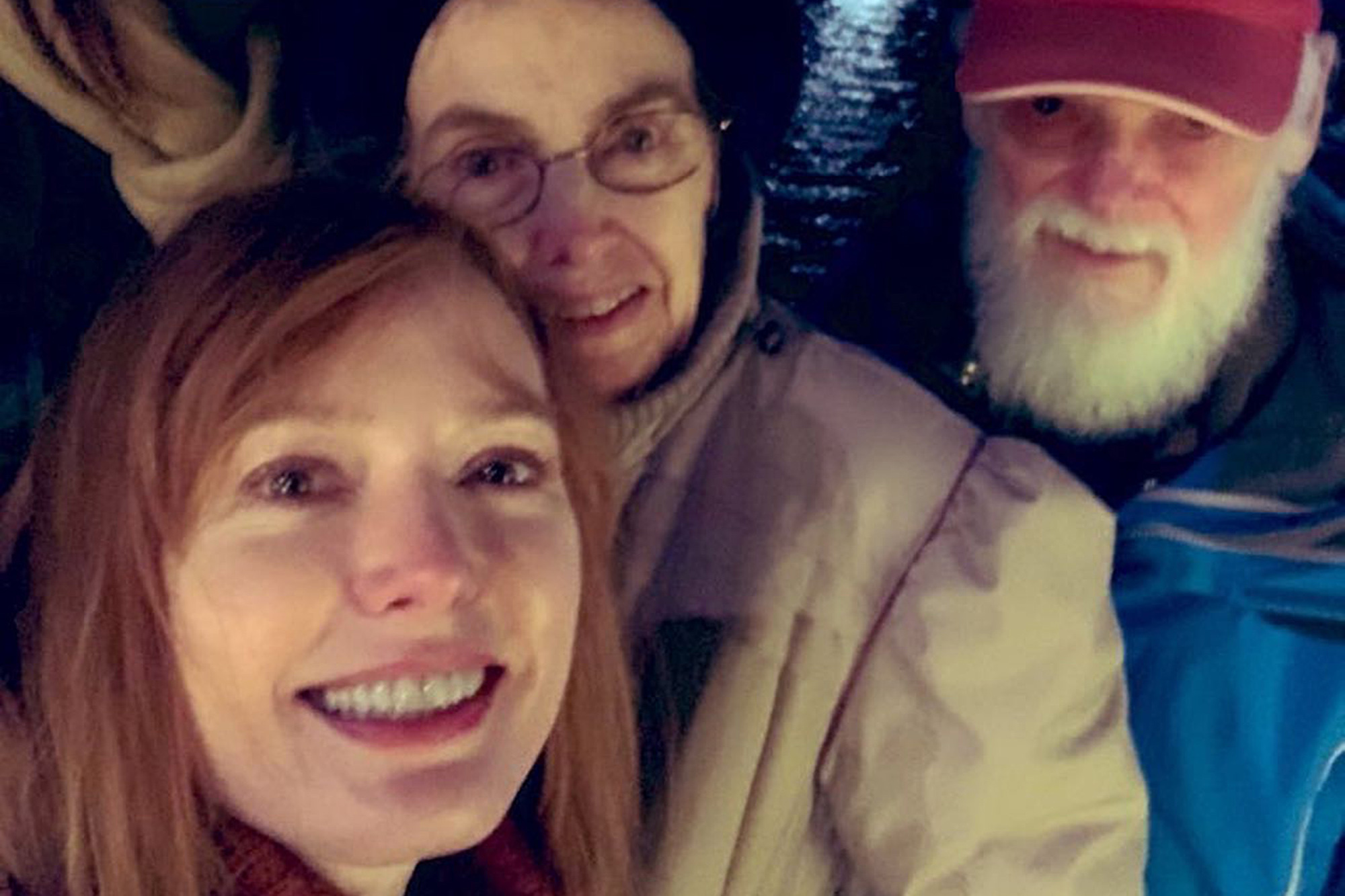 A little over a month since the parents of “Dune” actress Alicia Witt were mysteriously found dead, the 46-year-old has taken to social media to discuss her relationship with them and her grieving process.

“It still doesn’t feel real,” the “Walking Dead” cast member began an Instagram caption on a series of photos of her and her late parents.

“It’s been a month since I got scared, not having heard back from them, and called to have them checked on. waiting, phone in hand, praying fervently that the next call would be from them, angry I’d gotten someone else involved,” recalled Witt.

After her call, the bodies of her mother and father — Robert Witt, 87, and Diane Witt, 75 — were discovered at their Worcester, Massachusetts, residence. Their deaths are now suspected to have been caused by hypothermia, as they’d reportedly been experiencing furnace issues and one of them had a coat on, the Daily Mail reported. However, neither were in good health: Witt’s father had cancer and her mother Parkinson’s disease.

Witt expressed feeling “grateful” for a recent trip to Worcester that allowed her to bury and mourn her parents “in total privacy.” She also thanked those who have reached out to her with memories of the two, who “there will never be enough adjectives to describe.”

However, the circumstances around their sudden death and her relationship with them have both been challenging, Witt continued.

“There’s an awful irony in the fact that, because of the very lengths they went to in order to protect their privacy in life — that privacy has been stripped away in death. I never imagined I would have to talk about this publicly — much less, amidst overwhelming floods of grief,” she wrote. “I hadn’t been allowed inside my parents’ home for well over a decade; every time I offered to have something repaired for them, they refused to allow workers into their house.”

They were “not penniless,” she clarified, only “fiercely stubborn.” She found herself at a loss to help them short of petitioning the court system for legal allowance to.

“Our last words to each other were ‘I love you’. that part was simple; never in doubt. They loved me so. I loved them so,” she concluded the post on her Facebook.

Lt. Sean Murtha of the Worcester Police Department told local media that “police were dispatched to the residence” and that there “were no signs of foul play.”

However, firefighters checked the air quality inside the home and did not detect any noxious gases.

A neighbor told the outlet that the Witts had been ill for some time and that their home had fallen into a state of disrepair.

The Witts had lived in Worcester for decades and both worked as high school teachers before their retirement. In addition to Alicia, the Witts also have a son, Ian.

Witt shot to fame in the mid-1980s after being discovered by director David Lynch. She starred in the original “Dune” film back in 1984 before going on to be featured in his TV smash hit “Twin Peaks.”

The red-headed actress has also appeared in TV shows such as “The Walking Dead,” “The Sopranos,” “Two and a Half Men” and “Orange Is the New Black.” Her movie credits include “Urban Legend,” “Vanilla Sky” and “Two Weeks Notice.”

Regina King is doing ‘OK’ in aftermath of son Ian’s death
Kat Von D’s ‘Cheaper By the Dozen’ movie mansion on sale for $15M
We use cookies on our website to give you the most relevant experience by remembering your preferences and repeat visits. By clicking “Accept All”, you consent to the use of ALL the cookies. However, you may visit "Cookie Settings" to provide a controlled consent.
Cookie SettingsAccept All
Manage consent