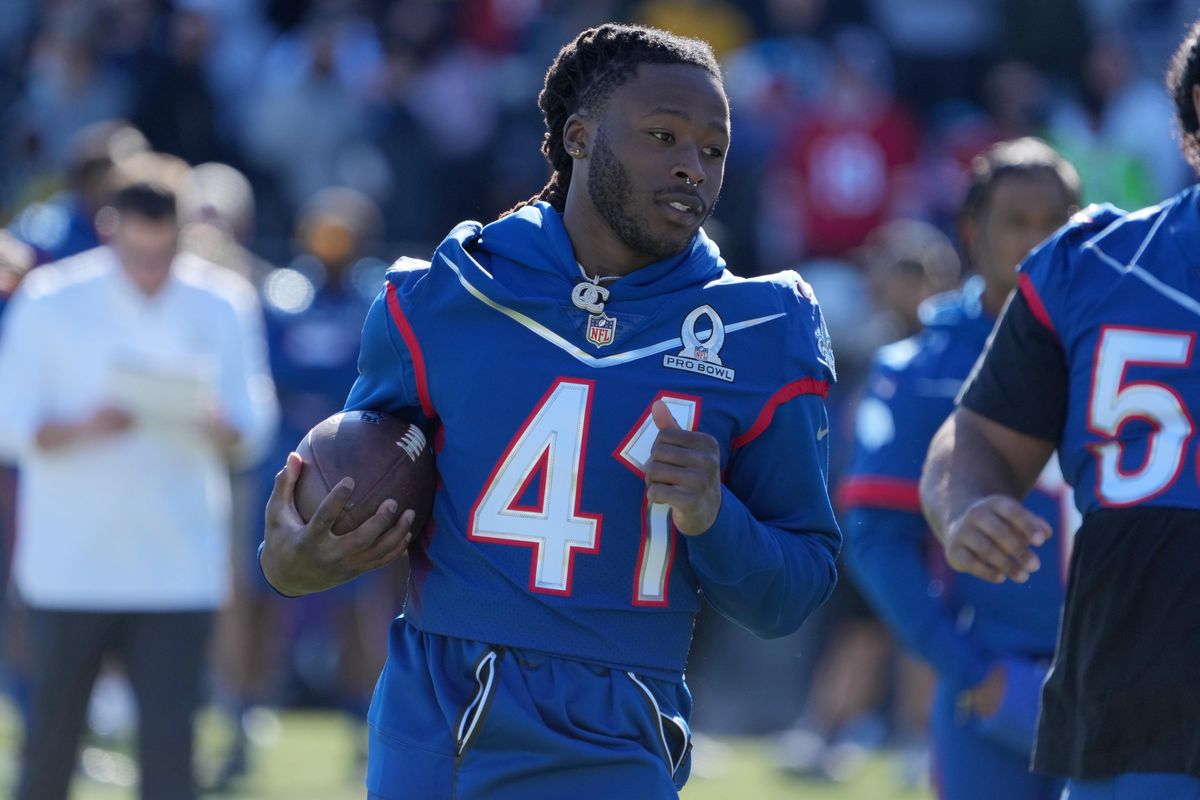 It’s been revealed that a New Orleans Saints player has been just arrested. Check out the available details below. The Shade Room just revealed this: ‘What happens in Vegas doesn’t always stay in Vegas! New Orleans Saints running back Alvin Kamara is trending on Twitter after folks discovered he was behind bars. The Saints player was arrested and booked for battery resulting in substantial bodily harm on Sunday, according to a Las Vegas Metropolitan Police Department release.’ TSR also said: ‘Reports show Las Vegas PD was dispatched to a local hospital around 5:50 p.m., where a victim reported being assaulted at a nightclub. After the investigation, Alvin was taken into custody without incident and transported to Clark County Detention Center. Alvin is being charged with a felony and held on $5,000 bail. The NFL baller is expected to appear in court Monday at 1:30 p.m.’
Someone said: ‘Bet the Pro Bowl will never be in vegas again lol,’ and another follower posted this: ‘6th day of Black History Month and so far we got Kim and Kanye drama, two arrests, and a bunch of nothing.’ One other follower said: ‘Never mentioned him before but as long as it’s negative you can make the shade room.’ Someone else posted this: ‘I hope this isn’t true. Saints fans don’t need no more drama,’ and one other follower posted this message: ‘Can we get all the professional players booked to therapy sessions please !!’ One fan posted this: ‘Free him. People can’t keep running up on Famous people just cuz they think they can.’ A follower posted this: ‘One place I’ll will never commit a crime in is Vegas once you get a felony there it’s automatically jail time .’ Someone else said: ‘Nightclubs are the wrong place for a NFL star like Alvin. No positive support that would tell him the right way to move. Smh.’ A commenter left this message: ‘The fact that you reposted this for the 2nd time. We know.’