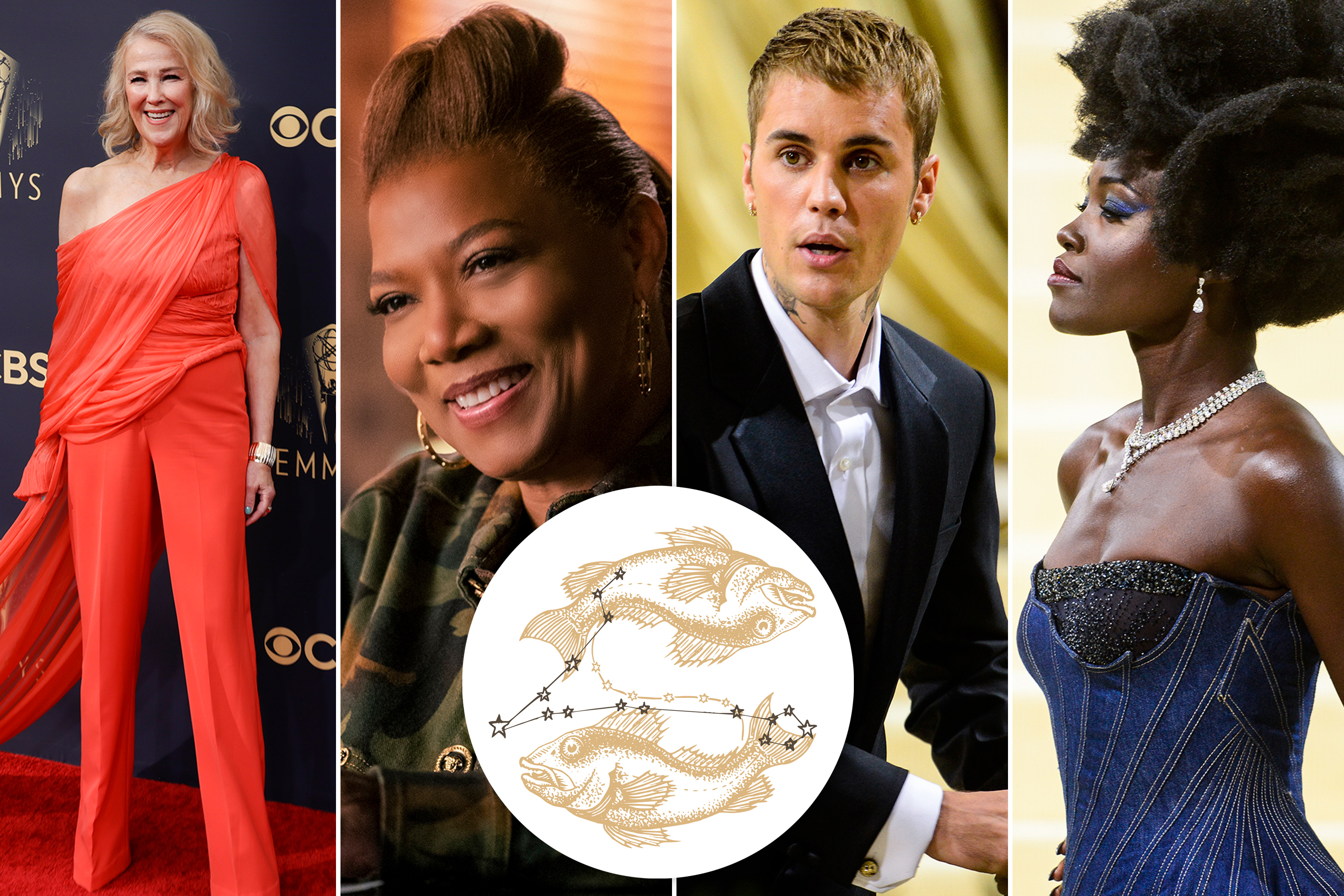 The Sun dances through the heavens of Pisces from Feb. 19 until March 20. People born under this star sign tend to be creative, romantic and spiritual. They have passionate and sensitive hearts and always live life with a hint of magic.

Take a peek at our list of famous Pisces celebrities!

The “Stranger Things” and “Enola Holmes” star has been a breakout hit since she first debuted. She channels her Pisces mystique in all of her roles. Her birthday is Feb. 19.

Billionaire pop star and global tycoon Rihanna knows how to shop and party in style. She lives life like a fantasy, just as every Pisces prays to do. She was born on Feb. 20.

Filipino American pop star Olivia Rodrigo gives us all the Piscean emotions in her mega hits. Her birthday is Feb. 20.

“Eternals” star Kumail Nanjiani has gone through a complete transformation, as many Pisces do in their lifetime. He was born on Feb. 21.

Talk show powerhouse Drew Barrymore has a sensitive side that emanates from her, and her Piscean heart is one of her strongest attributes. She was born on Feb. 22.

“Sex and the City” star Kristin Davis is excited to pick up the pieces of the story in “And Just Like That.” She was born on Feb. 23.

“Parks and Recreation” and “Angie Tribeca” alum Rashida Jones knows how to tap into her soul and brings the sweet and spice to her roles. A daughter of music legend Quincy Jones and “Mod Squad” star Peggy Lipton, she was born on Feb. 25.

Popular comedian Chelsea Handler has been on the hunt for love and openly discusses her experiences. Her romantic Pisces heart has always been looking for the one. She was born on Feb. 25.

Widely known as the king of holiday tunes, Josh Groban unleashes his Pisces talent upon the world as soon as the Christmas décor hits stores. He was born on Feb. 27.

All-time romantic Justin Bieber is living his very own soul-mate true love story. As a Pisces, being true to his heart is a top priority. He was born on March 1.

Paranormal pop star Kesha has always shown that she lives life spiritually. She even claimed she had sex with a ghost! She was born on March 1.

The “Us” star has a captivating talent and beauty that only a Pisces could channel. She was born on March 1.

Brilliantly talented Coldplay megastar Chris Martin blends art, music, romance and spirituality into his work. He’s always looking to push the boundaries in a new direction. He was born on March 2.

“No Time to Die” powerhouse Daniel Craig has chosen his final bow as titular character James Bond. His birthday is March 2.

Piscean actress Jessica Biel is always on the hunt for adventure alongside her husband, Justin Timberlake. The pair have decided to make Tennessee their primary residence! She was born on March 3.

Pisces singer and actress Camila Cabello may have split from Shawn Mendes, but her stars are shining in the years ahead. She was born on March 3.

“Schitt’s Creek” star Catherine O’Hara brings the drama and the magic of a Pisces to her iconic role of Moira Rose. She was born on March 4.

“Black Widow” star Rachel Weisz may be making her way back to the MCU. The actress has had a prolific career, easily able to share her talent before the screen. She was born on March 7.

Country music megastar Carrie Underwood has a profound power to captivate audiences worldwide. She was born on March 10.

USA Gymnastics star Simone Biles has used her fame to bring attention to rampant sexual harassment issues in sports worldwide. She works to heal herself and others. She was born on March 14.

King of the avocado and easy on the eyes, Antoni Porowski has released his signature cookbook. My future husband was born on March 14.

Actress and entrepreneur Eva Longoria has many exciting new plans to launch. Her latest is a new venture in the tequila business. She was born on March 15.

Lifetime achiever Queen Latifah has always gone on the record that her personal life is off-limits, but she seems to be truly stepping into her power more than ever. She was born on March 18.

The Maroon 5 crooner has always made his music — and his sex appeal — a top priority! He was born on March 18.

Veteran actress Glenn Close knows how to bring the drama, as well as the funny. The Pisces queen has found many ways of connecting with fans on social media. She was born on March 19.

Kyle Thomas is a globally recognized pop culture astrologer who has been featured in ”Access Hollywood,” E! Entertainment, NBC & ABC television, Cosmopolitan Magazine, Hulu, Bustle, Elite Daily, Marie Claire and more. He is known for his cosmic guidance for celebrities, business executives and prominent influencers. His work harnesses the power of the stars in regards to entertainment lifestyle and trends affecting people worldwide. For more information, visit KyleThomasAstrology.com.