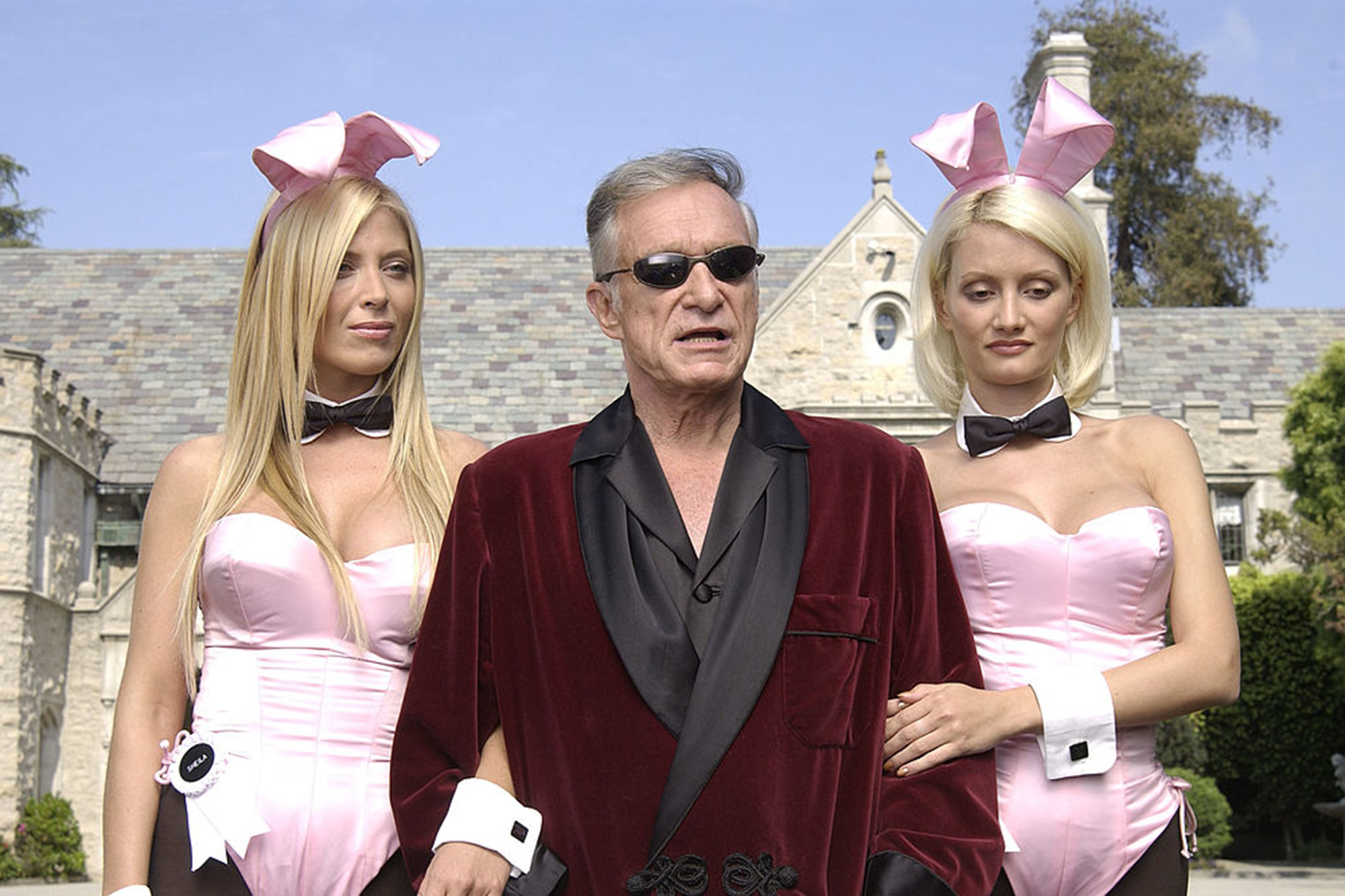 The Hefner loyalists are speaking out.

A coalition of former Playboy employees has penned an open letter defending Hugh Hefner after the ongoing docuseries “Secrets Of Playboy” aired damning allegations of abuse against the late nudie mag magnate.

“We sign our names to support Hugh M. Hefner,” reads the bombshell letter, which was reportedly signed by “hundreds” of Hef loyalists from former Playboy Bunnies to ex-girlfriends, People Magazine reported. “From all we know of Hef, he was a person of upstanding character, exceptional kindness, and dedication to free thought.”

They added, “He demonstrated a commitment to living an honest life beyond everything else.”

“I proudly sign this letter in recognition of Hugh Hefner’s character amid unfounded allegations in the A&E show,” they wrote, adding that their tenure at Playboy “remains a period all of us are fond of.”

A&E has since defended the docuseries in a statement, accusing the Playboy impresario’s defenders of trying to invalidate the experiences of his alleged victims, People reported.

“The stories shared in ‘Secrets of Playboy’ are the personal experiences of the documentary’s participants and deserve to be told despite how difficult they may be for some to hear,” the network wrote. “Signatures on a letter, or a different experience with Mr. Hefner or the Playboy culture, do not negate the experiences of those who have come forward to share their truth on the series and we look forward to continuing to bring these stories to light.”

“He’s taking all kinds of naked pictures of these women when we were wasted out of our minds,” alleged the 42-year-old “Girls Next Door” in the show. “It was just gross.”

The sordid insurance policy’s existence was mentioned in a tweet last week by the magazine mogul’s widow Crystal Hefner, 35. “I found thousands of those disposable camera photos you are talking about @hollymadison,” she claimed.

“I immediately ripped them up and destroyed every single one of them for you and the countless other women in them,” added the Playmate-cum-paramour, who was married to Hefner from 2012 until his death at 91 in 2017.

Nonetheless, many of Hef’s defenders, who co-signed the aforementioned letter, dismissed their stories as slander.

In a separate statement to People, Renee “Sloan” Baio — one of Hef’s exes who lived at the Playboy Mansion with Holly Madison from 2001-03 — claimed that “Holly craved and eagerly longed to be the #1 girlfriend.”

The 49-year-old former “Baywatch” star had previously slammed Madison in a Facebook post, writing: “If you’re so hurt, give back the $1,000 of cash Hef gave you every week for seven years while you lived there.”

“All people should be encouraged to share their individual experience in this world, but no one should be emboldened to re-write the truth at the expense of another person’s character,” seconded Kimberly Hefner, a former Playmate-Of-The-Month who was married to Hefner from 1989-2010.

Meanwhile, ahead of the “Secrets” premiere on January 24, Hefner’s son Cooper had released a tweet labeelng the allegations against his father “a case study of regret becoming revenge.”

Playboy has since condemned the late publisher’s “abhorrent” actions in a statement released two weeks ago.

“First and foremost, we want to say: we trust and validate women and their stories, and we strongly support the individuals who have come forward to share their experiences.” they wrote. “As a brand with sex positivity at its core, we believe safety, security and accountability are paramount, and anything less is inexcusable.”

The nudie mag firm also insisted that the Hefner family is not involved in the company, and have pledged to build “upon the aspects of our legacy that have made a positive impact, including serving as a platform for free expression and a convener of safe conversations on sex, inclusion and freedom.”

“Secrets of Playboy” is currently airing weekly on A&E until its planned finale on March 21.