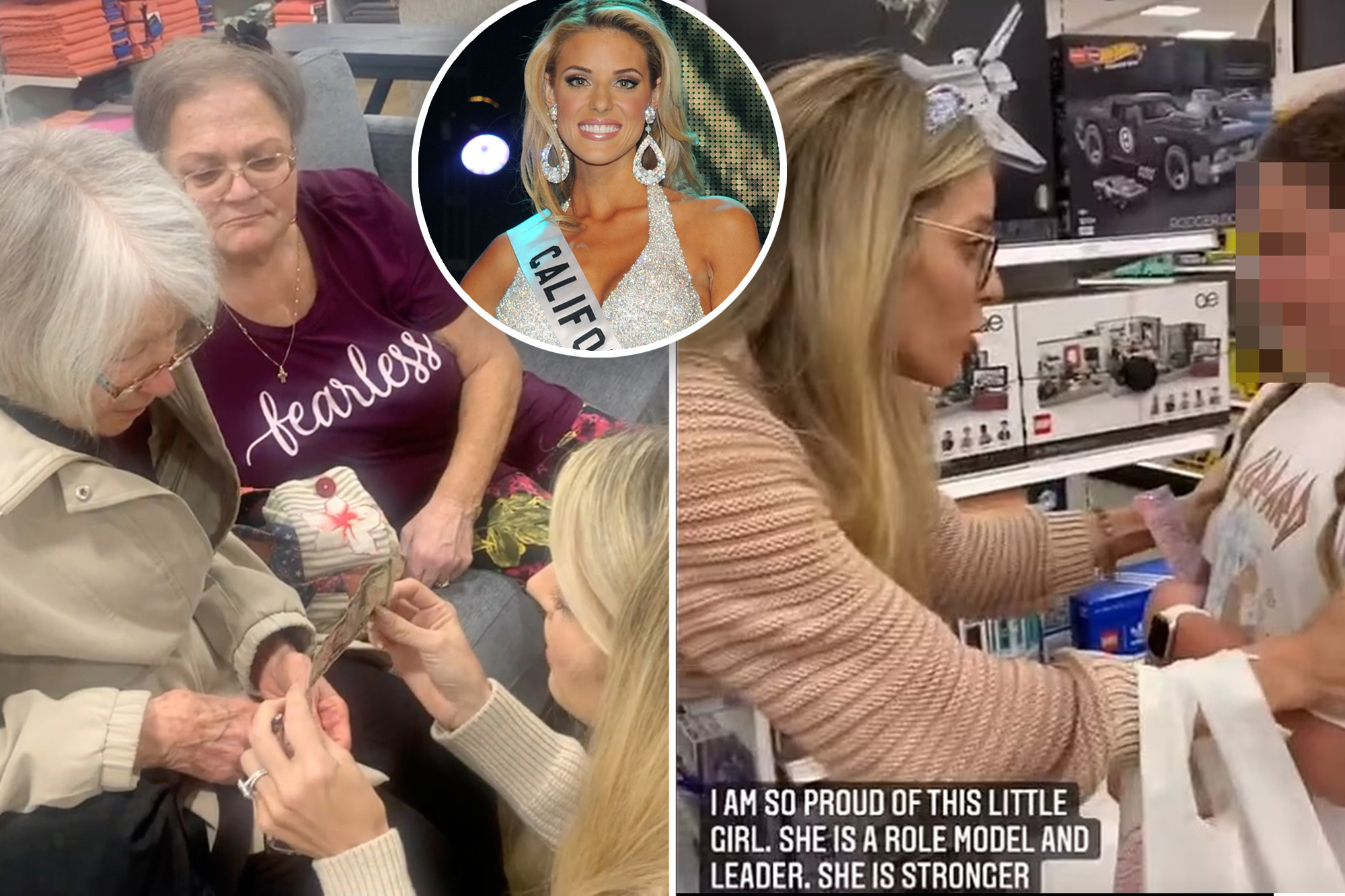 Former Miss California Carrie Prejean Boller has published a series of Instagram videos in which she pays adults and children alike to flout California’s mask mandate.

“Handing out $5 bills to the normal ones not complying with tyranny,” Boller captioned a video of herself doling out cash to one of two maskless older women at a store. Boller, who is married to former NFL quarterback Kyle Boller, made headlines in 2009 when she took a stand against gay marriage while competing in Donald Trump’s Miss USA pageant.

“One of my favorite moments of today … Head over to my stories for more muzzle free patrolling happening around San Diego,” Boller captioned another video of two women ripping their masks off while inside a store.

The clips are among many of the staunchly anti-mask messages that Boller has posted to social media in recent weeks.

“Tomorrow when you go to school unmasked, your heart’s gonna be racing and you’re gonna be nervous. But I want you to know you’re doing the right thing. Don’t ever, ever question it,” she told a young girl who was later pictured holding cash in yet another video, Rolling Stone reported.

“You’re the next Rosa Parks. You’re the next Martin Luther King,” Boller continued, referencing the black civil rights leaders. “This is so important that you stand.”

Tagged in many of the videos is Patrice Reynolds, another anti-mask activist. Together the women identify as the “muzzle-free patrol” and hand out cash to maskless individuals in Target.

In other posts to her Instagram, Boller shared various anti-mask and anti-vaccine videos, memes and pictures. According to content she’s posted on the platform, she’s been campaigning against masks beyond Target as well, speaking at conservative rallies and to individuals at other large commercial outlets.

While some commenters on the videos praised Boller for the “amazing,” “fun and life-giving” and “bold” posts and “being a voice to the voiceless,” others slammed her for being “unChristian” and “Still trying to get a little fame” and asked, “What the hell is wrong with you??”

When reached for comment by Rolling Stone, Boller seemed to express doubt that children are at substantial risk for COVID.

“Can you let me know the ‘positivity’ and ‘daily case’ numbers for Americans under age 18 as well as the current COVID-related risks for that age group? Can you provide any statistically significant data showing the benefits of children wearing medical or cloth mask,” she asked the publication.

Paris Jackson snapped with what appears to be a hickey at JFK airport
Kenya Moore’s Heart Is Breaking
We use cookies on our website to give you the most relevant experience by remembering your preferences and repeat visits. By clicking “Accept All”, you consent to the use of ALL the cookies. However, you may visit "Cookie Settings" to provide a controlled consent.
Cookie SettingsAccept All
Manage consent