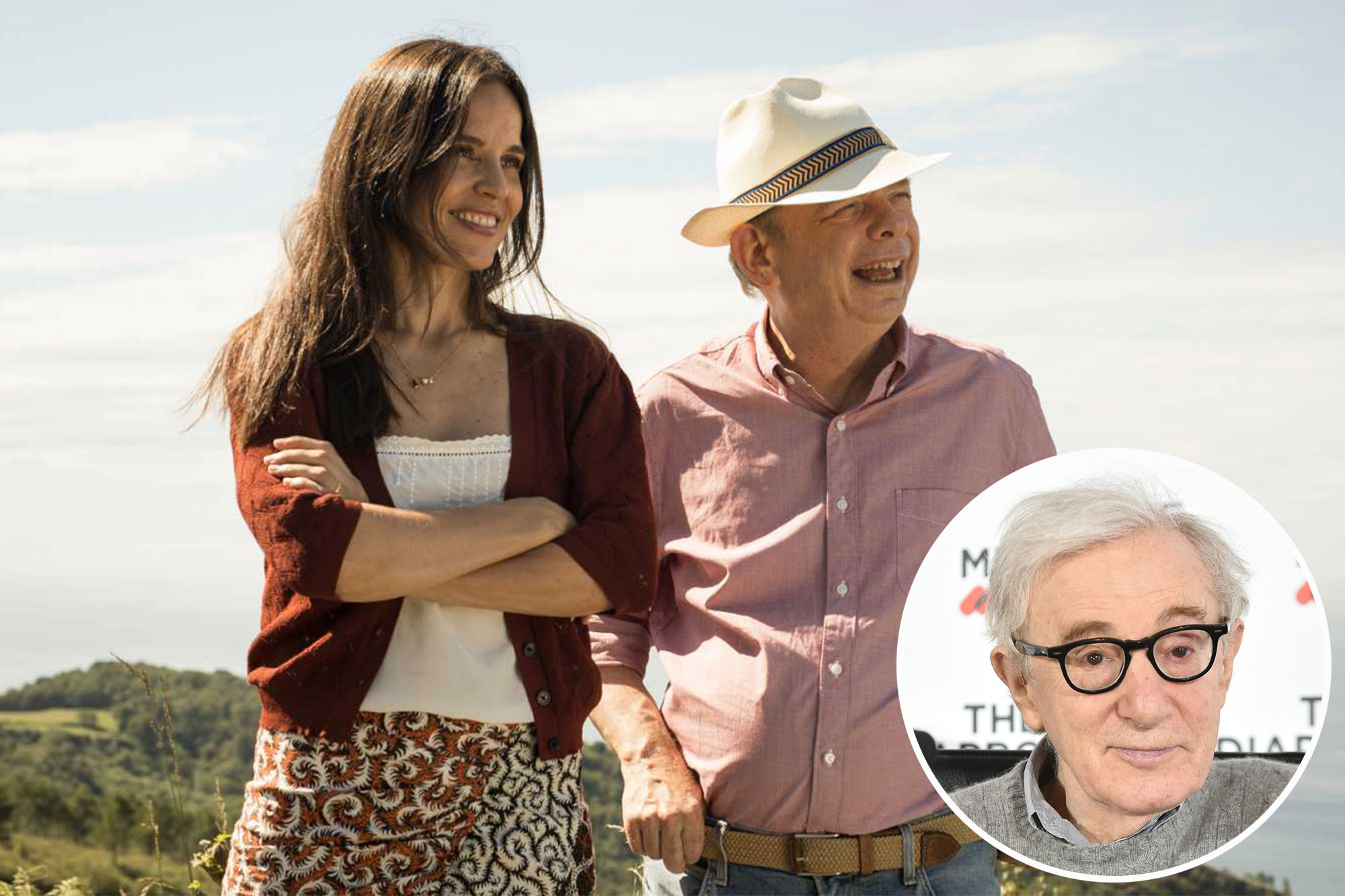 The comedy flick starring Gina Gershon and Wallace Shawn has the lowest opening of the 86-year-old filmmaker’s long career, which tanked after he was accused of molesting his his adopted daughter Dylan Farrow.

“Rifkin’s Festival” is Allen’s 49th film to date and only made $24,000 on Friday and Saturday from 26 theaters, according to the Wrap.

Landmark Theaters owns many of the cinemas that the movie is being screened at. Their Los Angeles location grossed the highest total for the film with $2,300.

At the Quad Cinema, in New York City, the film only grossed $1,600 over the weekend.

The plot follows a retired film professor (played by Shawn) who goes with his wife (Gershon) to the San Sebastián Film Festival in Spain. Christoph Waltz and Elena Anaya also star.

Allen’s film only made $24,000 on Friday and Saturday across 26 theaters.Europa Press via Getty Images

Controversy has since surrounded Gershon, 59, and Shawn, 78, for their involvement in Allen’s movie amid the sexual abuse allegations against him, which he has denied.

Shawn wrote an open letter that was published by the Wrap last November about why he’s still willing to work with Allen.

“By the time of this open letter, I had appeared in five films directed by Woody Allen. These had been wonderful experiences for me, and I was thrilled to have participated in the work of such a marvelous filmmaker,” Shawn wrote at the time. “I felt a great respect for him — and a great affection.”

Shawn recently spoke to Fox News about why he decided to pen the letter. “I feel it’s a terrible injustice that is happening in that Woody is not being honored and showered with gratitude for a lifetime of improving people’s lives by making wonderful films,” he said.

Shawn and Gershon both defended Allen and explained why they would continue to work with him. Vision Distribution

The “Princess Bride” actor continued, “I have deep sympathy, although they might not see it this way, even affection for all the Farrows, but I don’t actually think that Woody is guilty of the crime that he was accused of.”

“I know his daughter believes the story that she’s telling,” he aded. “She’s sincere in believing it, but I think it didn’t happen as she remembers it. I mean, the story that she tells, I don’t think it happened. So I do think it’s terrible that actors have turned their backs on Woody and denounced him. That’s why I wrote that article.”

Gershon then chimed in and said she always wanted to work with Allen.

“I didn’t even see the story,” the “Riverdale” actress explained. “I knew once I worked with him, I would end up doing a bigger part just because I’ve admired him and respected him. And he’s been such an inspiration, ever since I was younger and started acting.”