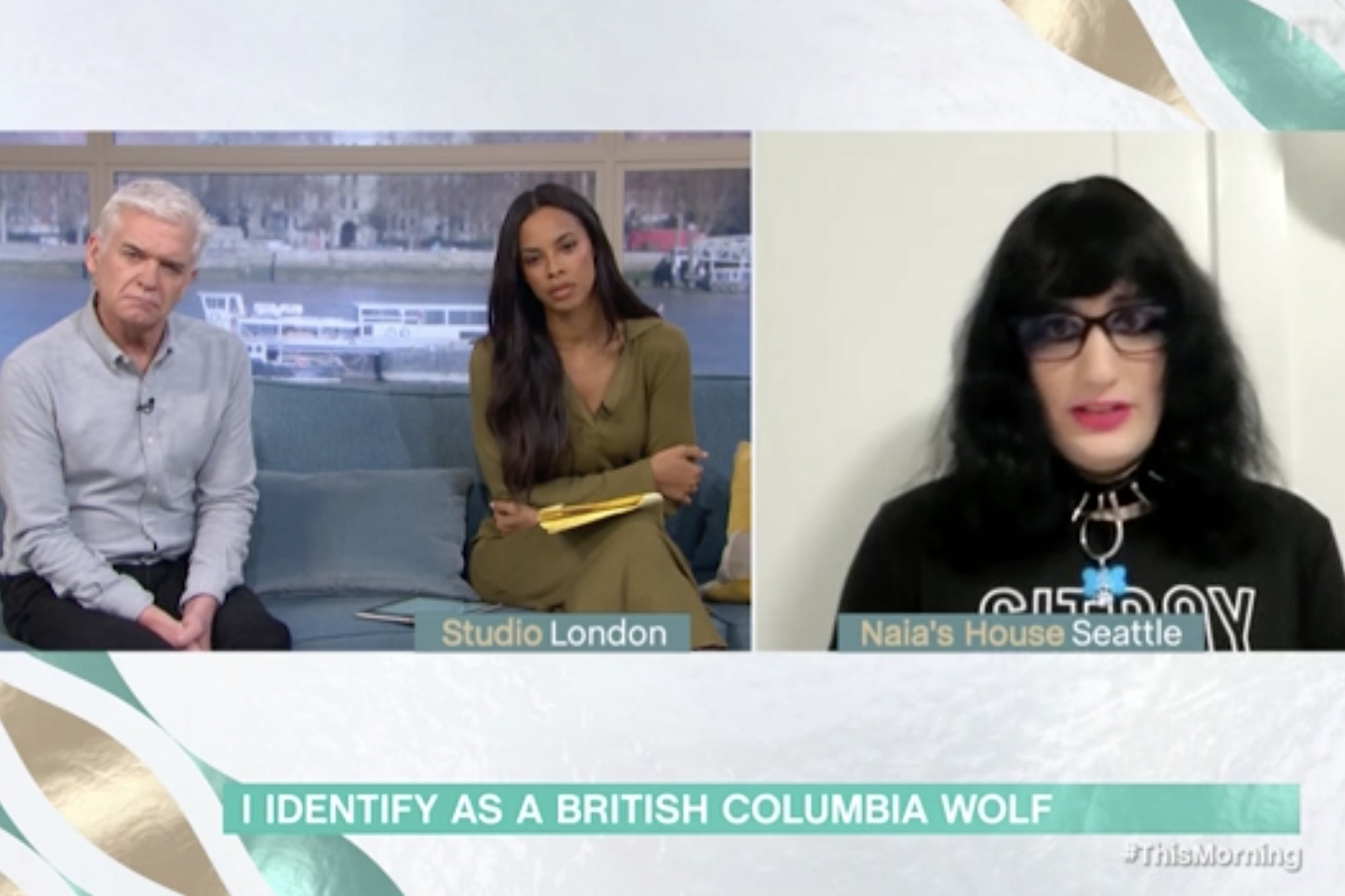 Naia Ōkami works as an online investigator but, spiritually, identifies as a wolf.

The transgender 27-year-old gained attention after explaining as much on the UK daytime TV show “This Morning” on Monday. While Ōkami acknowledges that her body is, in fact, human, she told the program’s hosts that she psychologically believes she is a British Columbian wolf.

“I don’t physically believe I am a wolf,” said the Seattle native on the show, the Daily Mail reported. “It’s more a spiritual and psychological identification as a wolf, like I’m totally aware I’m human . . . but by the same token, spiritually I am a wolf.”

In addition to identifying as transgender — a fact Ōkami revealed to her social media followers in 2017, before legally changing her gender in November 2019 — she also identifies as otherkin, meaning she does not identify entirely as human.

The crux of her otherkin identity, however, is how she perceives herself and not how she lives her daily life, she clarified.

“I think a lot of people have a misconception that I think I am physically a wolf and obviously I don’t. I have a serious job, I pay my bills and taxes. This is just how I spiritually express myself,” she said on “This Morning.”

Ōkami in a recent interview explaining her otherkin identity.Courtesy of ITV This Morning

Still, she has found a way to incorporate her wolf identity into her life in a socially acceptable manner.

“One of the things I do with a nonprofit is investigate trafficking and child predators, and I always make the joke that as a wolf I’m hunting my prey,” she said.

Sometimes, when she’s alone or doing media appearances, though, she allows her full wolf identity to shine and will “wolf out in the woods.”

“When I was in high school, I was a lot more shamelessly expressive,” she said. “I would vocalize, I would howl, that is how I express myself. Nowadays, It’s a little different,” she said of the behavior, which she refrains from in most public settings. “If ​​I’m at work or in the grocery store, I’m not going to bark or howl.”

Ōkami refrains from acting and sounding like a wolf in most public settings.Courtesy of @naiagoesawoo

Otherkins like Ōkami generally believe they are not completely human. Although similar to the more mainstream subculture of furries, the otherkins community is often more rooted in fantasy or mythology. They believe they are awakened to their otherkin identities, sometimes via dreams.