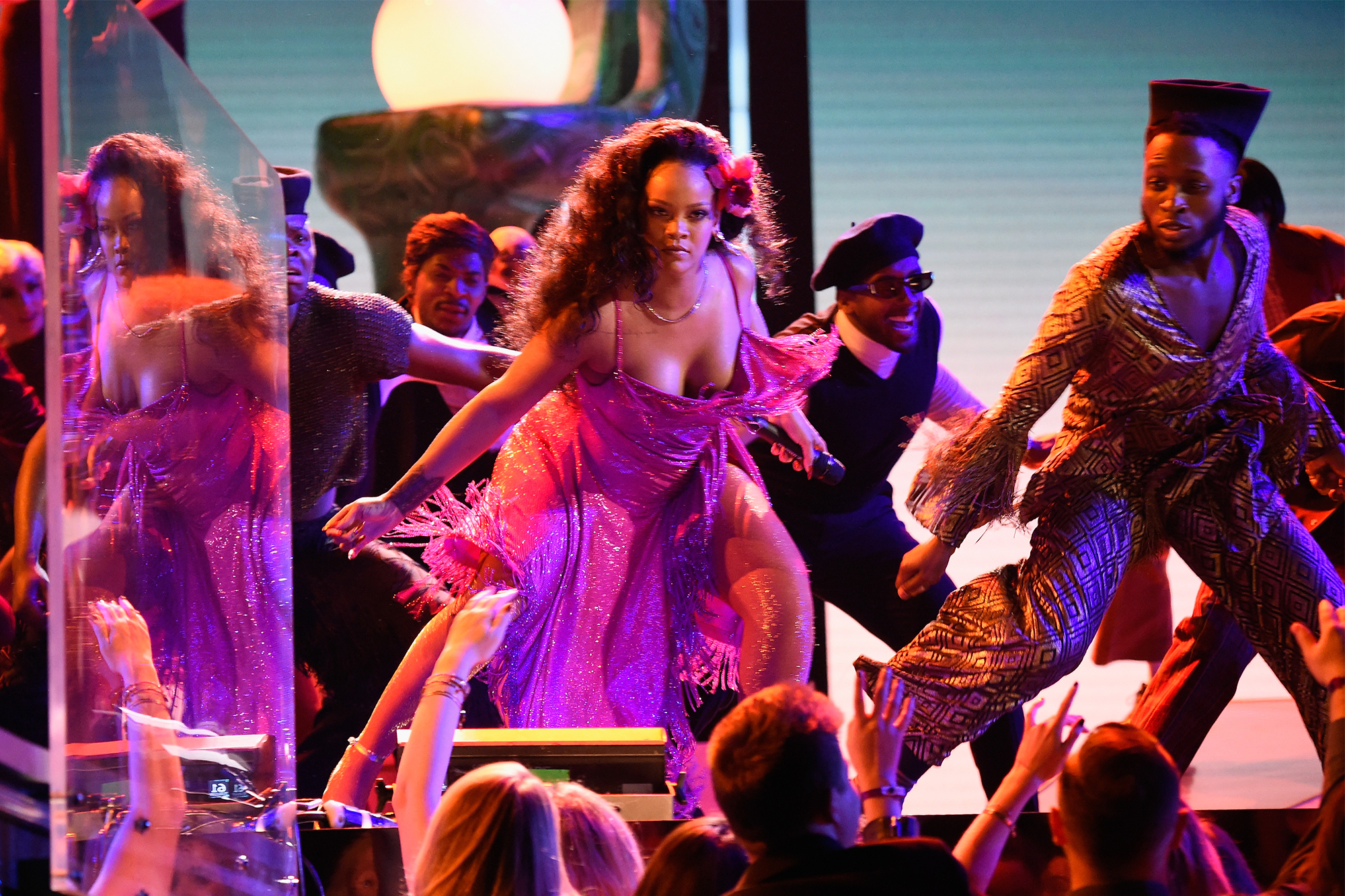 But after hitting what many consider to be her artistic peak with her last album “Anti” — which was released six years ago on Jan. 28, 2016 — Rihanna largely went M.I.A. from music. Yes, there has been the occasional guest feature such as “Wild Thoughts” with DJ Khaled and “Loyalty” with Kendrick Lamar — both released in 2017 — but it’s been six long years since she’s delivered her own album.

“ ‘Anti’ was everything. And then she was like, ‘Yo, I’m done,’ ” said Vibe R&B reporter Mya Abraham, who considers herself “part of the Navy” of Rihanna fans. “She was just like, ‘That was everything that I had at that moment for one album, and I’m gonna take a break and put [my energy] into other things.’ ”

And while Rihanna has teased eager fans on social media that new music is coming for a couple of years — there were even rumors swirling around that she was working on a reggae album at one point — no firm plans to release anything have been revealed. (But of course, there’s always the chance of a surprise drop at any time.)

“I can’t say when I’m going to drop,” Rihanna told British Vogue in 2020. “But I am very aggressively working on music.”

But as much as she was once grinding in music, Rihanna is now grinding in beauty and fashion. She launched her Fenty Beauty line in 2017 and then followed that by debuting her Savage x Fenty lingerie brand in 2018. Those companies turned the 33-year-old artist born Robyn Rihanna Fenty into a billionaire — last year Forbes reported that she has amassed a $1.7 billion fortune, making her the world’s richest female musician. Now a certified mogul, she’s bigger than music.

“She’s broken through the ceiling … and that’s a bigger deal than having a No. 1 hit,” said Lori Majewski, host of “Fierce: Women in Music” on SiriusXM Volume. “Now that doesn’t mean that she couldn’t come back and have a hit: I think if she’d drop a [single] tomorrow, it would be massive. But I don’t think she needs it anymore.”

No doubt, Rihanna has been embracing being a trailblazing boss in beauty and fashion. In fact, last weekend she celebrated the opening of her first brick-and-mortar Savage x Fenty store in Las Vegas, with more to come.

By promoting diversity and inclusivity for women of all shades and sizes in beauty and fashion, Rihanna also stood for something that was more important than a three-minute pop song. That has led to what is now known as the “Fenty effect” in the fashion and beauty game, with her competitors stepping up their efforts to represent all kinds of women.

“I’m shocked by people saying, ‘Oh my God, what made you think of making makeup for black girls?’ ” Rihanna told British Vogue. “I’m like, ‘What? You thought this was like a marketing strategy? Like I’m a genius?’ It’s shocking most of the time. Then it turns into disappointment that this is groundbreaking right now. In my mind, this was just normal.”

“Rihanna really followed in the footsteps of what Puffy was able to do, what Jay-Z was able to do, and what Kanye is doing now, and that is ‘How do you take your brand and create a lifestyle around it?’ ” said culture expert Emil Wilbekin.

“Rihanna definitely has kind of found her center as a woman,” he added. “She established this really incredible music career, but then she really found herself with the beauty company and with the fashion. She loves beauty and fashion. And now she gets to play in that space, and she’s wildly successful at doing it. Then she can have fun, right? So you see her now being out with her friends more, really creating the lifestyle that supports the beauty and fashion business.”

After making her debut when she was just 17, Rihanna has also been catching up on living her life, with boyfriend A$AP Rocky by her side. “She’s been famous for half of her life now,” said Majewski.

“Unlike real jobs where you have off weekends, pop stars never have off, ever. Every weekend they’re touring somewhere, they’re doing an appearance. When you put out an album, it’s a grind. She’s doing the thing we kind of all want to do: She made her money and now she doesn’t have to work every day … She’s living her life — and she is living it in love.”

And still only 33, she has plenty of time to return to music — on her own timetable and on her own terms. “It’s not about selling records, it’s about making a statement, and I think that’s what Rihanna — if she comes back to music — will look to do,” said Majewski.

“She’s already broken so many records. She’s already had so many hit singles. She doesn’t need more of those. If she is going to come back to music, there’s going to be a reason, a mission. It will be her ‘Lemonade.’ ”

Inside a $21M NYC spread where jazz greats recorded
J. Cole, Halsey and Kid Cudi
We use cookies on our website to give you the most relevant experience by remembering your preferences and repeat visits. By clicking “Accept All”, you consent to the use of ALL the cookies. However, you may visit "Cookie Settings" to provide a controlled consent.
Cookie SettingsAccept All
Manage consent