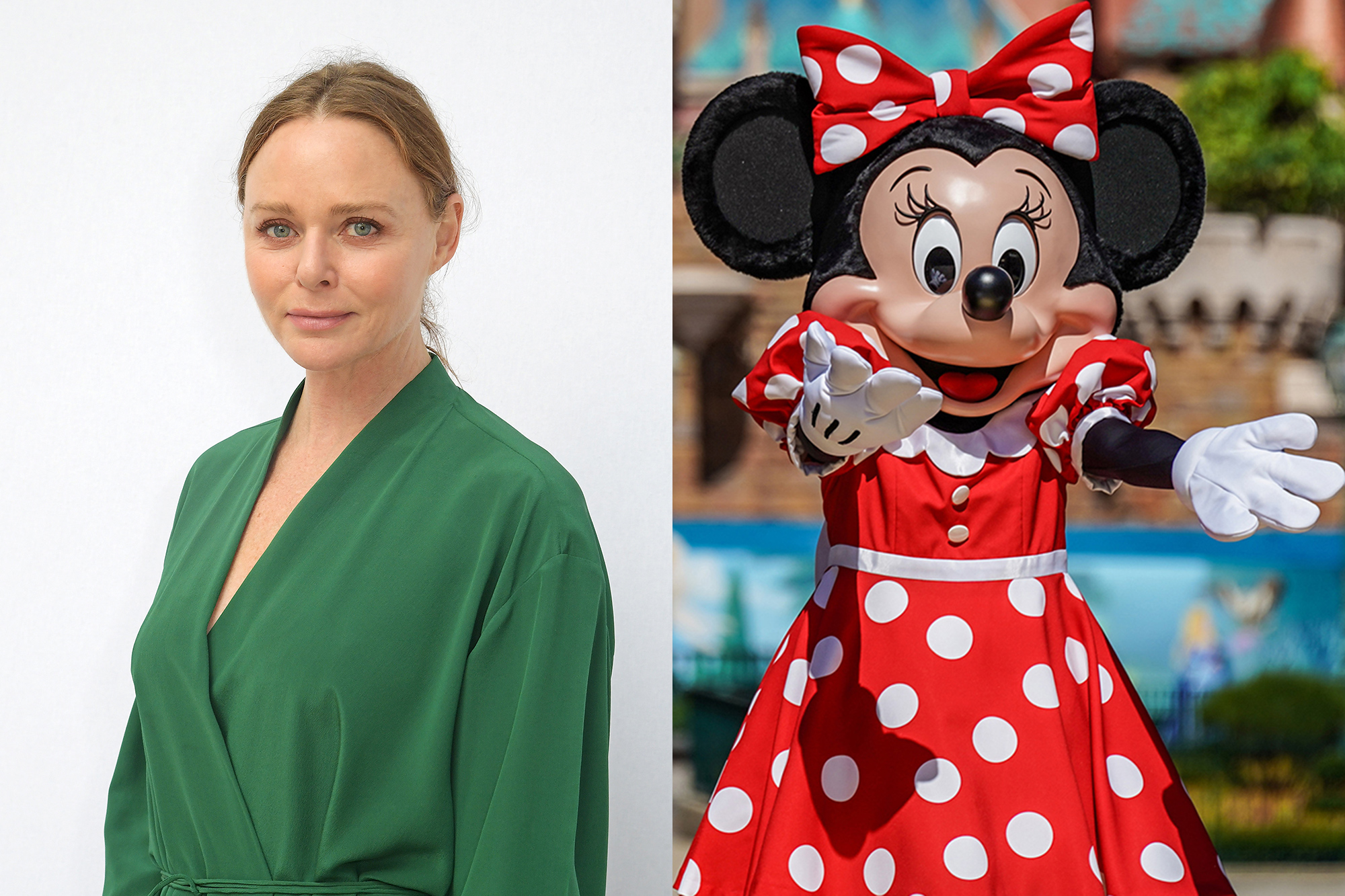 Minnie Mouse is reclaiming her power in a Stella McCartney power suit.

The longtime Disney sweetheart is trading in her iconic polka dot dress for a pair of pants for the first time this year.

The party will launch in March for Women’s History Month, which inspired the new look.

The park’s Twitter account shared a sneak peek of Minnie’s new outfit, which consists of a dark blue and black polka-dotted pantsuit and matching bow in her hair.

For the 30th Anniversary of Disneyland Paris, Minnie called upon the services of British designer Stella McCartney to create her first pantsuit to be worn at Disneyland Paris.
Disney

The 50-year-old British designer and daughter of Beatles legend Paul McCartney spoke to D23, the official Disney fan club, about the collab and revealed she’s “delighted” about the opportunity.

“Minnie has always had a special place in my heart,” McCartney said. “We share the same values. What I love about Minnie is the fact that she embodies happiness, self-expression, authenticity, and that she inspires people of all ages around the world. Plus, she has such great style!”

“This new take on her signature polka dots makes Minnie Mouse a symbol of progress for a new generation,” she explained. “She will wear it in honor of Women’s History Month in March 2022. I can’t wait for you to see this new look at Walt Disney Studios Park!”

”Minnie has always had a special place in my heart,” McCartney said. “We share the same values.Getty Images

Minnie will also join other famed Disney characters in wearing outfits created especially for the anniversary during the instances when she’s not wearing the pantsuit.

Disneyland Paris released a video showing off a few of the new looks and featured colorful reflective dresses, shimmery accessories and more.

The Disney-themed amusement park first opened to the public on April 12, 1992, and has hosted more than 375 million visitors.

The park said in a statement about their anniversary, “Disneyland Paris has over the years created unforgettable memories that last a lifetime… no wonder it’s become Europe’s top tourist destination! The resort is known for bringing unique ideas to life, exploring new paths, and continuously reinventing itself.”

‘Navalny’ doc at Sundance hits Putin where it hurts
Robert Pattinson ‘can’t not wear’ emo eyeliner
We use cookies on our website to give you the most relevant experience by remembering your preferences and repeat visits. By clicking “Accept All”, you consent to the use of ALL the cookies. However, you may visit "Cookie Settings" to provide a controlled consent.
Cookie SettingsAccept All
Manage consent