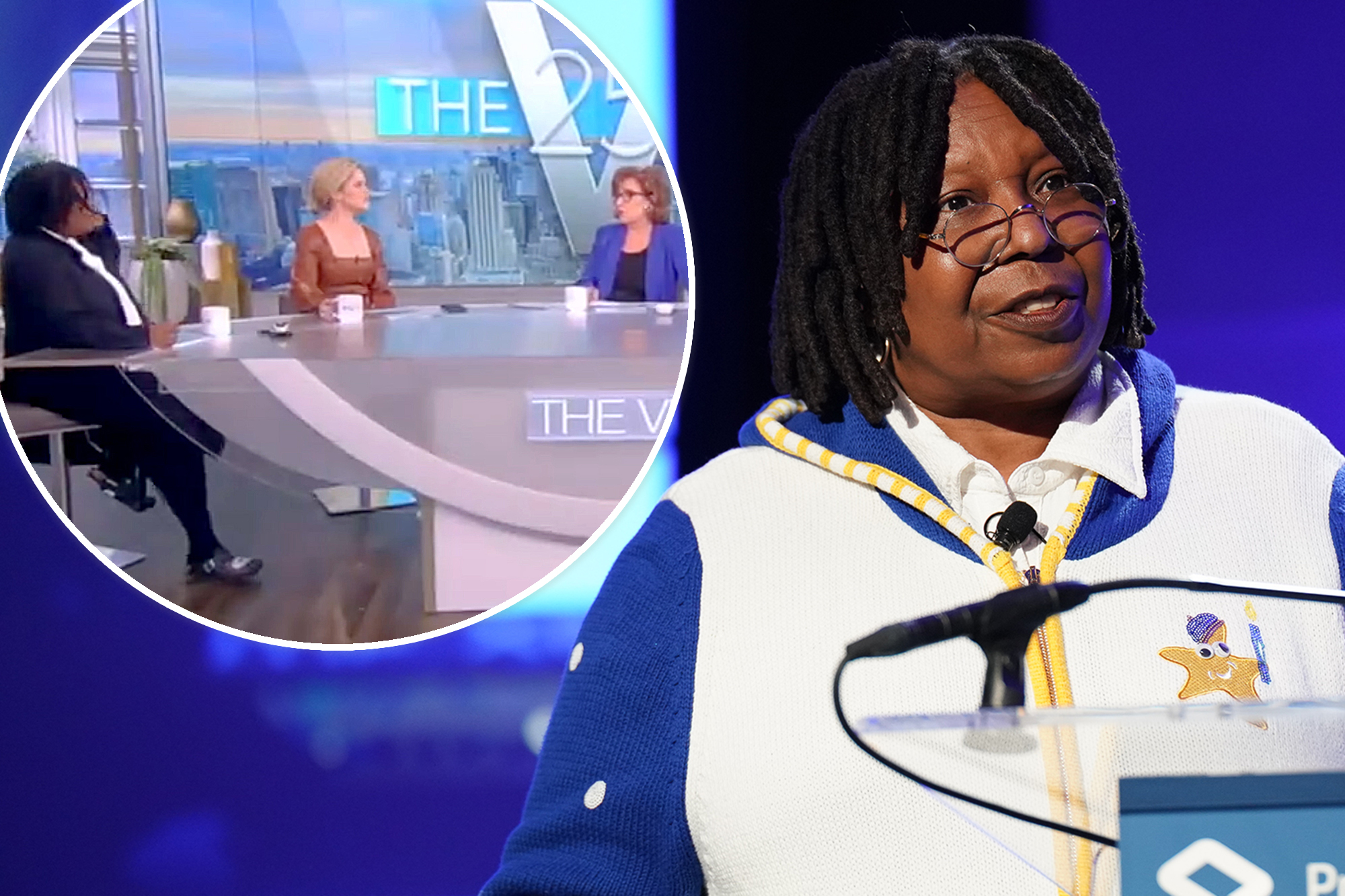 There is growing fury inside ABC over Whoopi Goldberg’s controversial Holocaust claims, with insiders demanding that her apology isn’t enough and she must be fired.

On Monday’s edition of “The View,” Goldberg, 66, alleged that the Holocaust was “not about race,” claiming Nazis and Jews were both white.

She doubled down on the claim on “The Late Show With Stephen Colbert” on Monday after stating via Twitter, “I stand corrected.”

However, sources tell Page Six that staffers and fellow hosts on “The View,” as well as insiders at Disney, are furious that Goldberg has not been disciplined.

“ABC staffers and Disney Network execs are saying Whoopi went way too far. And board members are not happy with her apology and want a fuller retraction. The word is that Whoopi is in ‘deep s–t,’” one ABC insider told us.

“Why does Whoopi seemingly get a pass when others don’t? Perhaps this time she won’t. Many at the network – including her fellow hosts – believe Whoopi is too controversial now for the show.”

The insider also told Page Six that the situation “isn’t just going to blow over.”

“This will cast a shadow over everything for a while. Even Joy Behar was heard saying backstage that Whoopi is ‘dead wrong’ and may not ever recover from this,” the source said. “Joy found this particularly troubling and couldn’t believe Whoopi wouldn’t stand corrected until she was forced.”

According to the insider, others at ABC are “incredulous” and allegedly asking questions like, “How stoned can she be?”

“Her agents are panicking that she may have ruined herself for good,” the source claimed. “Plus, now she has to worry about potential death threats.”

“This isn’t going to simply blow over,” a source told Page Six.ABC

As Page Six previously reported, Goldberg referred to Jews and Nazis as “two groups of white people” during Monday’s show, adding that the Holocaust was about “inhumanity” and “not race.”

Her remarks sparked international backlash on social media where “#firewhoopi” started trending, plus wide condemnation from the Israeli Consular General in New York and the Auschwitz Memorial and Anti-Defamation League.

Attempting to quell the outrage, Goldberg issued an apology via Twitter.

“On Today’s show, I said the Holocaust ‘is not about race, but about man’s inhumanity to man.’ I should have said it is about both,” her statement began. “As Jonathan Greenblatt from the Anti-Defamation League shared, ‘The Holocaust was about the Nazi’s systematic annihilation of the Jewish people — who they deemed to be an inferior race.’ I stand corrected.”

She continued, “The Jewish people around the world have always had my support and that will never waiver [sic]. I’m sorry for the hurt I have caused.”

Goldberg then returned to “The View” on Tuesday, where she opened the show by stating she “misspoke.”

“I tweeted about it last night but I kind of want you to hear it from me directly. I feel a responsibility,” she said. “My words upset so many people which was never my intention. I understand why. The information I got was really helpful.”

“I said the Holocaust wasn’t about race and was instead about man’s inhumanity to man. It is indeed about race because Hitler and the Nazis considered Jews to be the inferior race,” she continued. “Words matter and mine are no exception. I regret my comments and I stand corrected.”

Amid Goldberg’s controversial comments, TV insiders pointed out that other daytime talk show hosts, like Sharon Osbourne and Rosie O’Donnell, have previously been fired for arguably far less.

“The View” hosts are allegedly up in arms over Goldberg’s controversial comments.ABC

Among those who fumed over Goldberg – who was previously in hot water for defending Bill Cosby – was Piers Morgan.

“Sharon Osbourne was fired from ‘The Talk’ for defending me against a fake charge of racism. Whoopi Goldberg said on ‘The View’ yesterday that the Holocaust ‘wasn’t about race,’ which for Jewish people is about as racist a comment as anyone could make,” he argued on Twitter. “Bet she doesn’t lose her job.”

A separate TV insider added, “Whoopi may benefit from the fact that people are tired of cancel culture. But it is still astonishing that it’s one rule for Whoopi and another for everyone else.”

ABC and Disney have not issued a statement on Goldberg’s controversial comments and did not immediately respond to Page Six.

Kylie Jenner cuddles Travis Scott in birthday tribute to Stormi
Frances Bean Cobain sells Hollywood Hills home for $2.29M
We use cookies on our website to give you the most relevant experience by remembering your preferences and repeat visits. By clicking “Accept All”, you consent to the use of ALL the cookies. However, you may visit "Cookie Settings" to provide a controlled consent.
Cookie SettingsAccept All
Manage consent