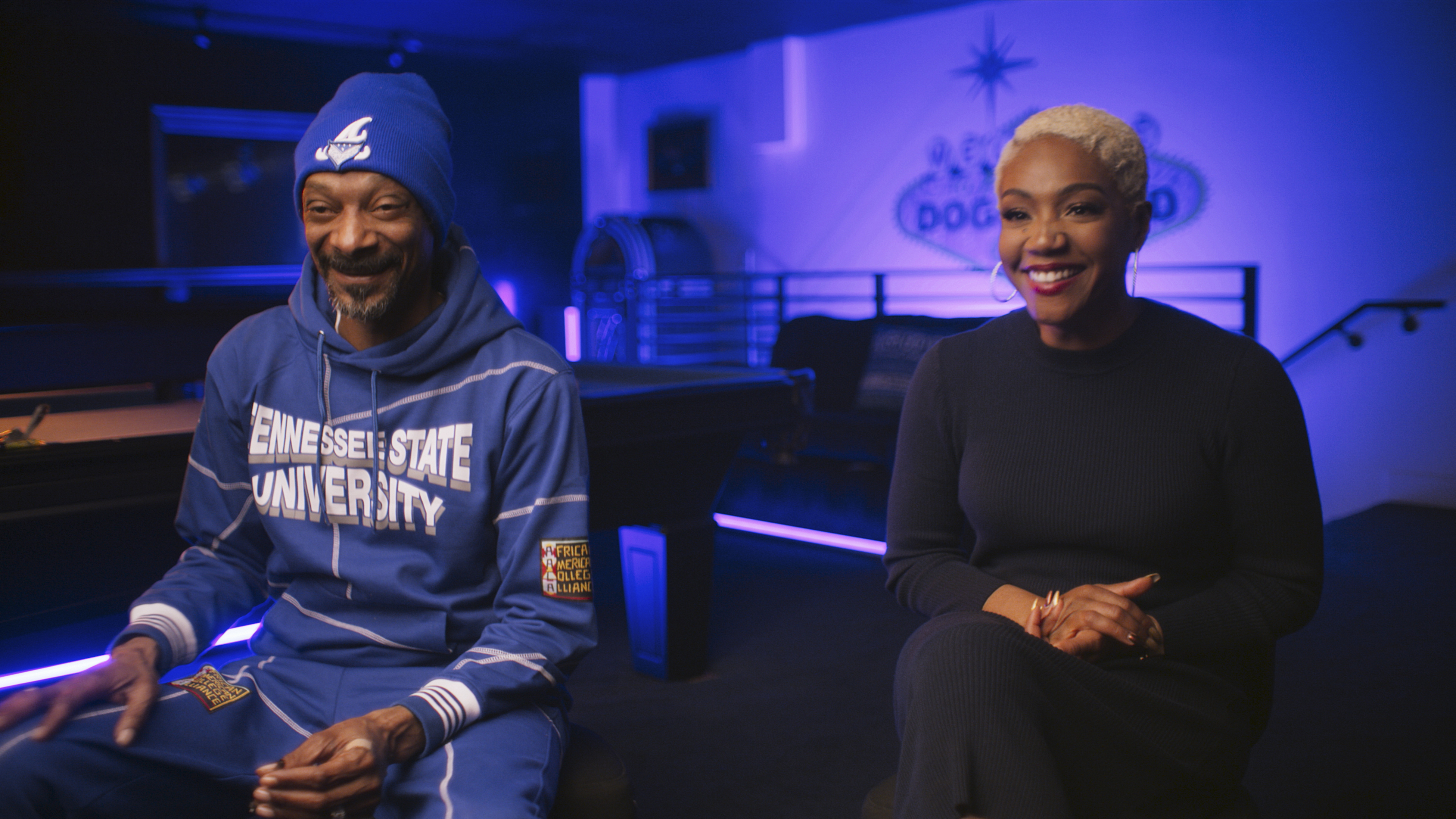 February is Black History Month — and television is marking the occasion with a plethora of educational, inspiring and enlightening programming across broadcast, cable and digital platforms.

Here are 10 of Black History Month specials worth checking out.

A documentary that tells the story of an all-black night, created by Guy Torry, and held at The Comedy Store in LA from 1995-2005. Interviews include Anthony Anderson, Tiffany Haddish, Steve Harvey, Regina King and Nick Cannon — who recount performing on The Comedy Store stage or who were in the audience.

A musical drama that’s based on the 2020 miniseries, and stars Marques Houston and Chrissy Stokes in the story of a high school musical group that must compete against a rival school in order to save their arts program — while battling internal issues.

“One Thousand Years of Slavery — The Untold Story” (Feb. 7 at 8 p.m. on Smithsonian Channel)

This four-part docuseries, executive-produced by Angela Bassett and Courtney B. Vance — and narrated by Vance — explores the legacy of slavery and how our shared history can create a better future. Interviews include Debbie Allen, Soledad O’Brien, Sen. Cory Booker, Dule Hill and CCH Pounder and Lorraine Toussaint.

A four-part series, based on historian David S. Reynold’s book “Abe: Abraham Lincoln in His Times,” that features insights from journalists, educators and Lincoln scholars. It’s narrated by Jeffrey Wright and features the voices of Bill Camp and Leslie Odom, Jr.

Abraham Lincoln and Frederick Douglass as seen in “Lincoln’s Dilemma” on Apple TV+.

The three-part docuseries explores the history of race in America from the perspective of people of color and is directed by Saha Jenkins.

This marks the US premiere of Francesco Zippel’s documentary about Micheaux (1884-1951), who was considered the first major African American filmmaker and wrote, produced and directed over 44 movies (silent and sound). Interviews include Chuck D and Melvin van Peebles.

Filmmaker Oscar Micheaux in an undated photograph. He’s featured in the documentary “The Superhero of Black Filmmaking” on TCM.Courtesy Everett Collection

A feature-length documentary that examines the civil rights era and racist violence, including the stil-unresolved 1960s killing of Wharlest Jackson, a local NAACP leader in Natchez, Miss. Directed by Brad Lichtenstein and Yoruba Richen.

A three-part docuseries about the 34-year investigation by Sherri Warren into the death of her brother, Keith Warren, who was 19 when his body was discovered hanging from a tree in Silver Spring, Md. in 1986. His death was ruled a suicide, the tree was cut down, his family was not informed for over six hours and there was no autopsy.

A collection of programming, streaming throughout February, that highlights black creativity behind the camera — featuring black photographers/cinematographers including David Lee (“Ma Rainey,” “She’s Gotta Have It”), Juan Veloz (“Gentefied”), Kwaku Alston (“A Great Day in the Neighborhood”) and Flo Ngala (“Madam CJ Walker”).