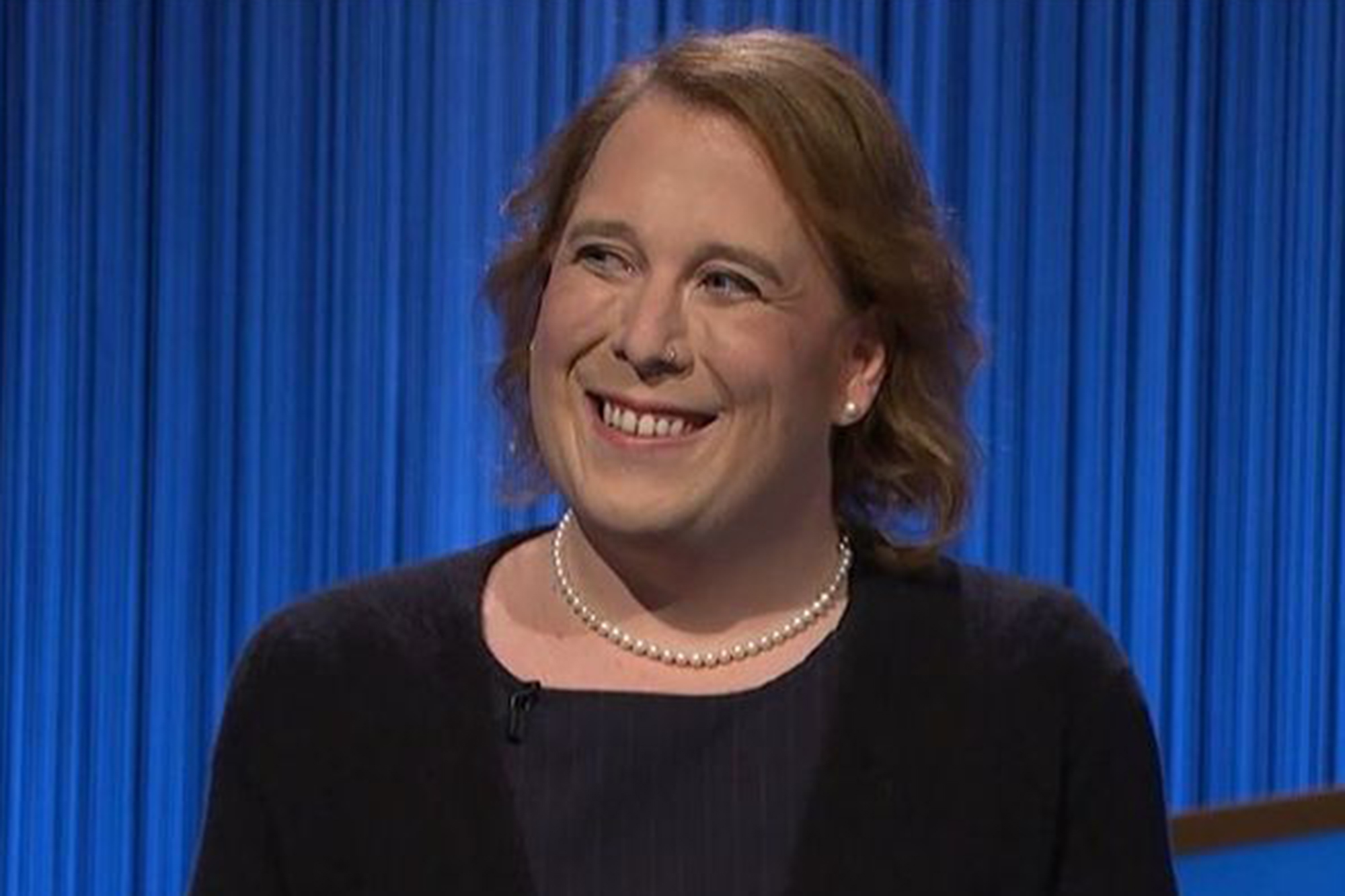 “Jeopardy!” champ Amy Schneider is soaking it up.

The former game show contestant, 42, had a record-breaking streak that came to an end Jan. 26.

Schneider raked in $1,382,800 after her 40-game streak and she’s ready to spend some of that hard-earned cash.

“Travel is definitely a part of the plan,” she told The Post. “I mentioned on the show that we wanted to go to Ireland, and while we’re still finalizing it, it’s looking like we’ll be there for St. Patrick’s Day.”

She and her partner, Genevieve Davis, are also setting some of the earnings aside “for a potential down payment on a house, but we’re doing some fun shopping in the meantime. No big ticket items, but I’m refreshing my wardrobe, things like that.”

Amy Schneider was on a nearly 40-game winning streak during her time on “Jeopardy!”Courtesy of @jeopardamy

She revealed that she took a leave of absence from her job as a software engineer in Oakland, California, and took a much-deserved vacation — decadent bubble bath included.

“We went to this really fancy, boutique hotel in Half Moon Bay, California, last Saturday night, specifically for its giant bathtubs,” Schneider said during a Q&A session with the New York Times on Twitter Spaces Wednesday.

Between trips, she’s also getting some writing in.

“There has definitely been a lot of interest in my writing a book, and it’s something I’d love to do,” she told The Post. “My main focus right now is figuring out what exactly that book might look like; there are a lot of things I’m passionate about so it’s a matter of narrowing all my ideas down into a coherent book. So, nothing concrete yet, but it’s something I hope to make happen.”

As for taking a pause with her career, she said the old 9-to-5 doesn’t quite have the same sheen as her recent fame.

“I thought I was going to be more excited to get back to my day job than it turns out I have been,” she told the Times.

Since her time on the long-running show ended, Schneider has also been getting calls from agents who want to represent her. She has signed with CAA (Creative Arts Agency).

“I also am having a lot of meetings with my agents, which is such a weird thing to hear myself say, but it’s true,” she gushed. “I signed with CAA and they’re, you know, excited about all kinds of different things.” CAA reps celebs such as Tom Hanks, Zendaya and many more.

When she was asked if she would ever go on another trivia show, she didn’t have a “Jeopardy!” answer.

“I have had some people express interest, and I was like, ‘Get back to me in a few months. I’ll see what I want to do.’ ”

Schneider noted, “I think I’ve already done the best one, as far as I’m concerned, so there is this, like, part of me that’s like, ‘Ah, it won’t be as good.’ “

The California native will next be seen in the Tournament of Champions. She said that she’s worried about competing against all-time favorites Matt Amodio and Andrew He.

Morgan Stevens’ cause of death revealed
I was shunned from Michael Jackson musical’s opening night
We use cookies on our website to give you the most relevant experience by remembering your preferences and repeat visits. By clicking “Accept All”, you consent to the use of ALL the cookies. However, you may visit "Cookie Settings" to provide a controlled consent.
Cookie SettingsAccept All
Manage consent