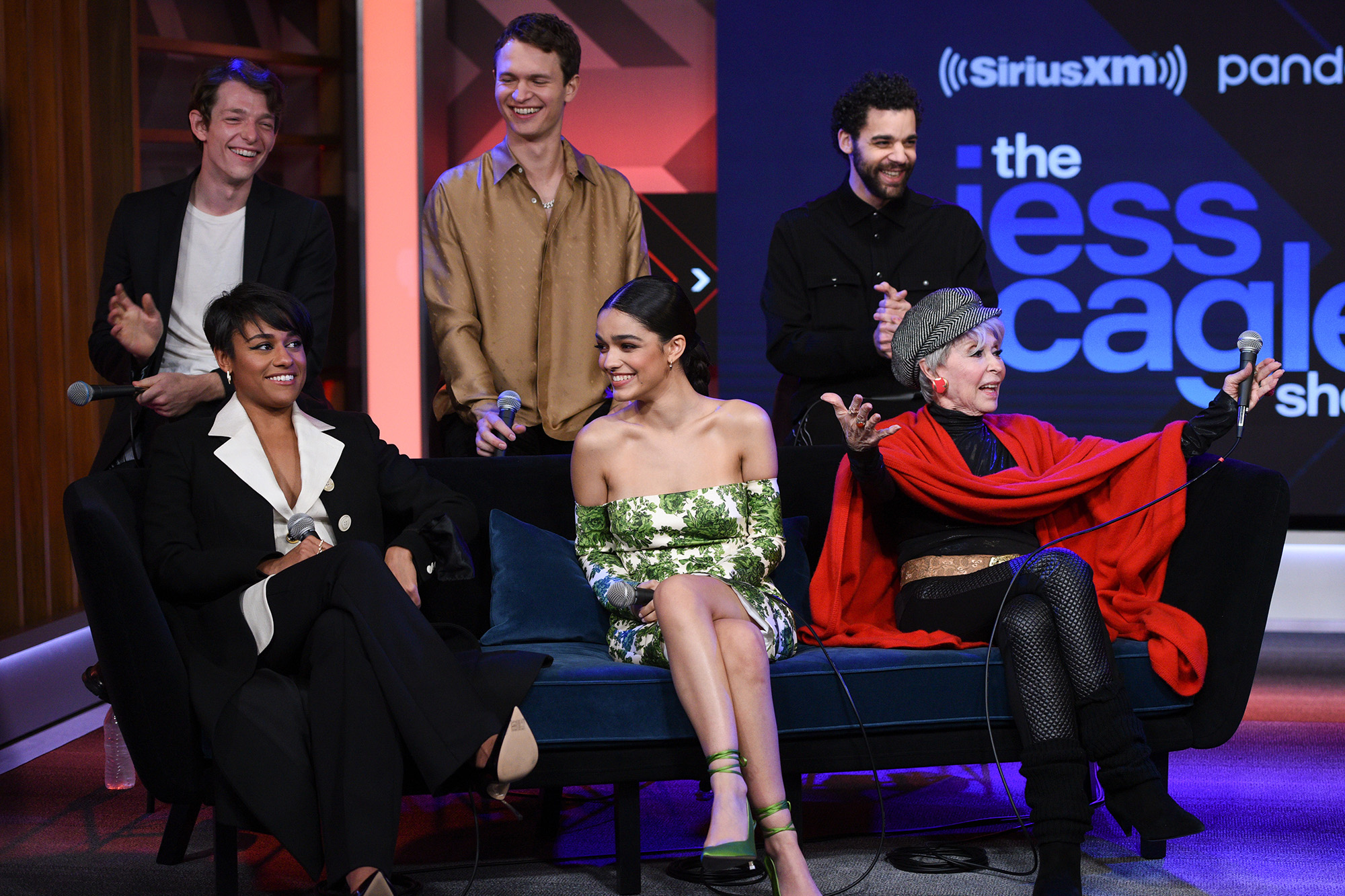 The cast of the rebooted musical “West Side Story” has finally spoken out about sexual assault allegations against co-star Ansel Elgort.

In June 2020, Elgort, 27, was accused of misconduct by a woman named Gabby six years prior, when she would have been 17.

The film’s actors Rachel Zegler, Ariana DeBose and Rita Moreno addressed the accusations against the “Divergent” star in a recent joint interview with the Hollywood Reporter.

Steven Spielberg’s film came out in December 2021, a year and a half after Elgort denied the claims. The “Fault in Our Stars” actor was noticeably minimized in the film’s trailers and, as noted by the Reporter, was grouped with the rest of the cast during the press tour, so interviewers could not question him independently.

“We made a movie two and a half years ago, and a lot has gone on in the world since then. A lot has changed very publicly, and privately as well. There’s been a lot of awakening,” Zegler, who played Maria in the flick, said.

“You just hope that the people involved are OK, that they are asked in a respectful manner and that they are given the opportunity to answer for themselves,” the 20-year-old continued.

DeBose, who portrayed Anita, added, “Nobody really knows what’s going on in anyone’s head. Only the people who were involved in that situation know what actually went down.”

“I think it would have been absolutely horrendous and wrong for anyone to take sides in that matter. It’s not for me to make those judgments,” Moreno, 90, chimed in.

Once the allegations came to light, Elgort released a statement regarding his actions.

“I was distressed to see the social media posts about me that have been circulating in the past 24 hours,” he said. “I cannot claim to understand Gabby’s feelings but her description of events is simply not what happened. I have never and would never assault anyone.

“What is true is that in New York in 2014, when I was 20, Gabby and I had a brief, legal and entirely consensual relationship,” he added. “Unfortunately, I did not handle the breakup well. I stopped responding to her, which is an immature and cruel thing to do to someone. I know this belated apology does not absolve me of my unacceptable behavior when I disappeared.”

Elgort concluded, “As I look back at my attitude, I am disgusted and deeply ashamed of the way I acted. I am truly sorry. I know I must continue to reflect, learn, and work to grow in empathy.”

“You just hope that the people involved are OK, that they are asked in a respectful manner and that they are given the opportunity to answer for themselves,” Zegler stated.Getty Images for SiriusXM

David Bowie offered young Michael Jackson drugs: new Janet doc
Kanye West to hire Skid Row homeless people for fashion show
We use cookies on our website to give you the most relevant experience by remembering your preferences and repeat visits. By clicking “Accept All”, you consent to the use of ALL the cookies. However, you may visit "Cookie Settings" to provide a controlled consent.
Cookie SettingsAccept All
Manage consent