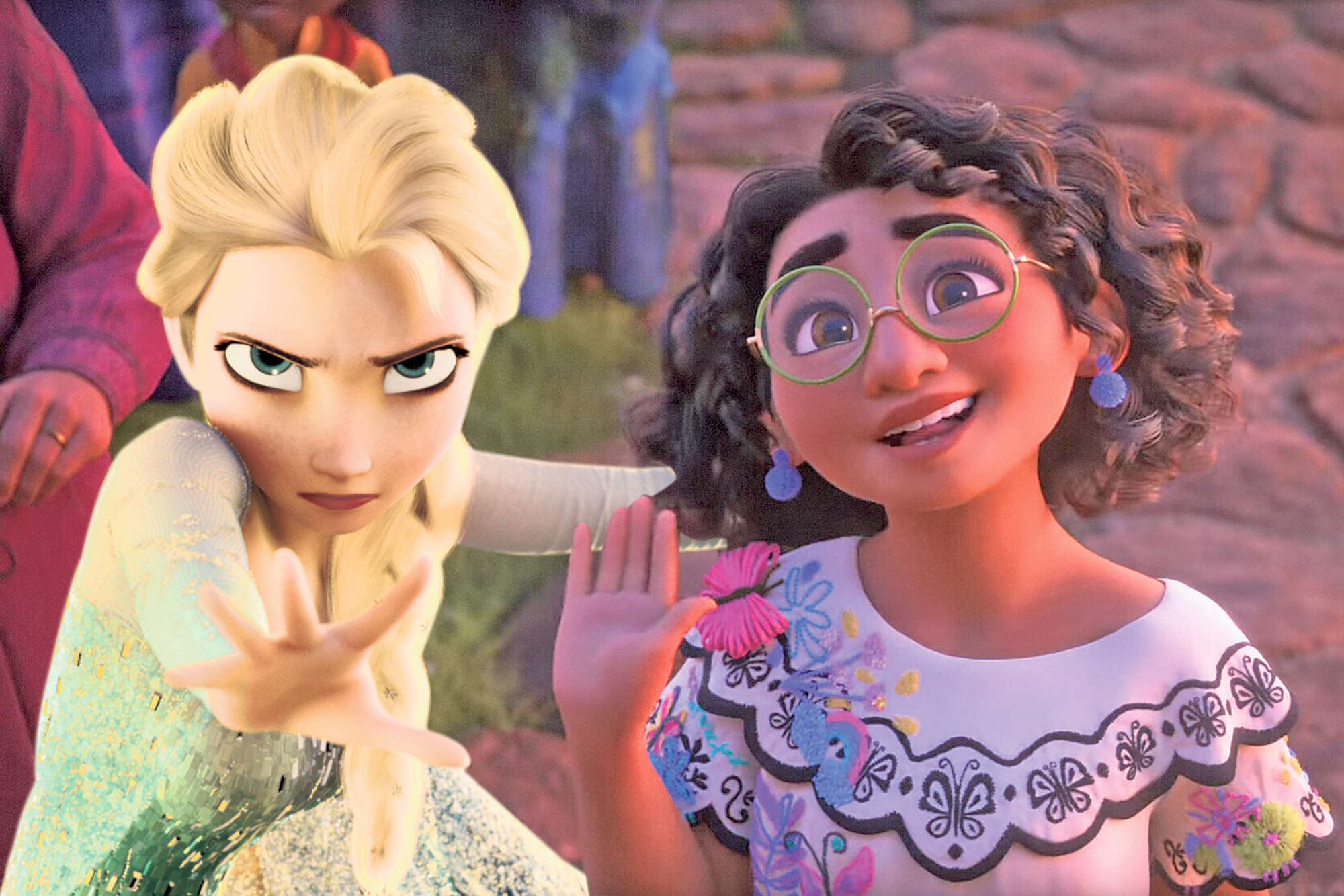 “Hamilton” netted creator Lin-Manuel Miranda three Tony awards, an Emmy and a Pulitzer, and helped him to win a prestigious MacArthur “Genius Grant.” But the playwright/songwriter’s greatest contribution to society might actually be freeing parents from the long, shrill reign of Disney’s “Frozen” and its peewee power ballad “Let It Go.”

Disney’s new animated epic “Encanto” features a soundtrack of catchy hits from Miranda that are providing parents with a much-needed respite from Elsa and Co.

“It is so refreshing to have something else to listen to,” exulted Riverdale mom-of-two Yael Buechler. “It was time to let ‘Frozen’ go,” she added, noting that “Surface Pressure” from “Encanto” is now more popular with her 3-year-old and 5-year-old than “Let It Go.”

Yael Buechler’s 5-year-old son enjoying the movie. She told The Post: “He requests the music several times a day. We commute to work together so it’s become our new soundtrack.”Courtesy of Yael Buechler

Mirabel, voiced by Stephanie Beatriz (left), and Bruno, voiced by John Leguizamo, in a scene from the animated film “Encanto.” AP

“Encanto,” which opened in theaters in November and started streaming on Disney+ at the end of December, tells the story of a quirky 15-year-old Colombian girl named Mirabel Madrigal who’s frustrated that she seems to lack the magical powers that everyone else in her family possesses. “Surface Pressure” and the irresistible “We Don’t Talk About Bruno” songs have both been smashing records. Both tracks are in the Top 10 on the Hot 100, making “Encanto” the first Disney movie to have multiple Top 10 hits. “Bruno” recently became the first song from a Walt Disney Animation Studios film to hit the No. 1 spot on Billboard’s Streaming Songs chart, melting “Let It Go” from “Frozen,” which maxed out at No. 5 in 2014.

Parents are loving the songs and their rapid-fire lyrics as much as children. “I wake up in the middle of the night singing [them], but they are so dang catchy,” said Westchester mom-of-two Eva David. “It’s like ear worms — it’s going to get right into your heads. If the music wasn’t so good, I’d probably be hating it by now — but I love me some Lin-Manuel Miranda.”

Upper West Side mom-of-three Marisa Allan is equally obsessed, especially with “We Don’t Talk About Bruno.”

“My husband told me I was sleep-singing it two nights ago,” she said. “‘Encanto’ music is also just next level, even for Disney.”

“‘Encanto’ is life. It’s not overhyped. I cry every single damn time,” she said. “My husband is Puerto Rican and Argentine, so the music really hits close to home. My daughter calls her grandparents abuela and abuelo.”

And it’s not just the moms who are obsessed. Mother-of-two Sarah Frantzreb told The Post that her husband couldn’t resist a noon “Encanto”-themed Peloton ride on Wednesday — along with 10,000 other riders. “He blocked his calendar — we are obsessed,” she said, adding that the family plays the “infectious” soundtrack on Alexa unabashedly at 7 a.m. “My husband wasn’t eager for a ‘Frozen’ ride or listening to the soundtrack without the kids.”

Jordan Yodowitz, 10, in front of Disney’s Encanto at her home in Woodmere, NY.Dennis A. Clark

It’s already too much

But for some parents, “Encanto” overkill is already a thing. It’s “Frozen” fatigue all over again.

“The first time she saw it over winter break, it possessed her. It’s beyond obsession — it doesn’t stop,” said Long Island mom Pamela Yodowitz of her 10-year-old daughter, Jordan. “We get into fights about it. She won’t stop singing. You can’t just go around singing all day.”

When Jordan started belting out “Bruno” in mom’s bed the other day, launching into “the whole routine” complete with theatrical rendering of song and dance, Yodowitz said she was forced to flee.

“I literally had to leave my own room,” she said. “It’s only a few weeks, and it’s driving me crazy. This is borderline out of control.”

Long Island mom Pamela Yodowitz told The Post that her daughter Jordan’s love of the song is beyond obsession.Dennis A. Clark

Mirabel in “Encanto.” Two songs from the film, “Surface Pressure” and the irresistible “We Don’t Talk About Bruno” songs are hits. Both tracks are in the Top 10 on the Hot 100.©Walt Disney Co./Courtesy Evere