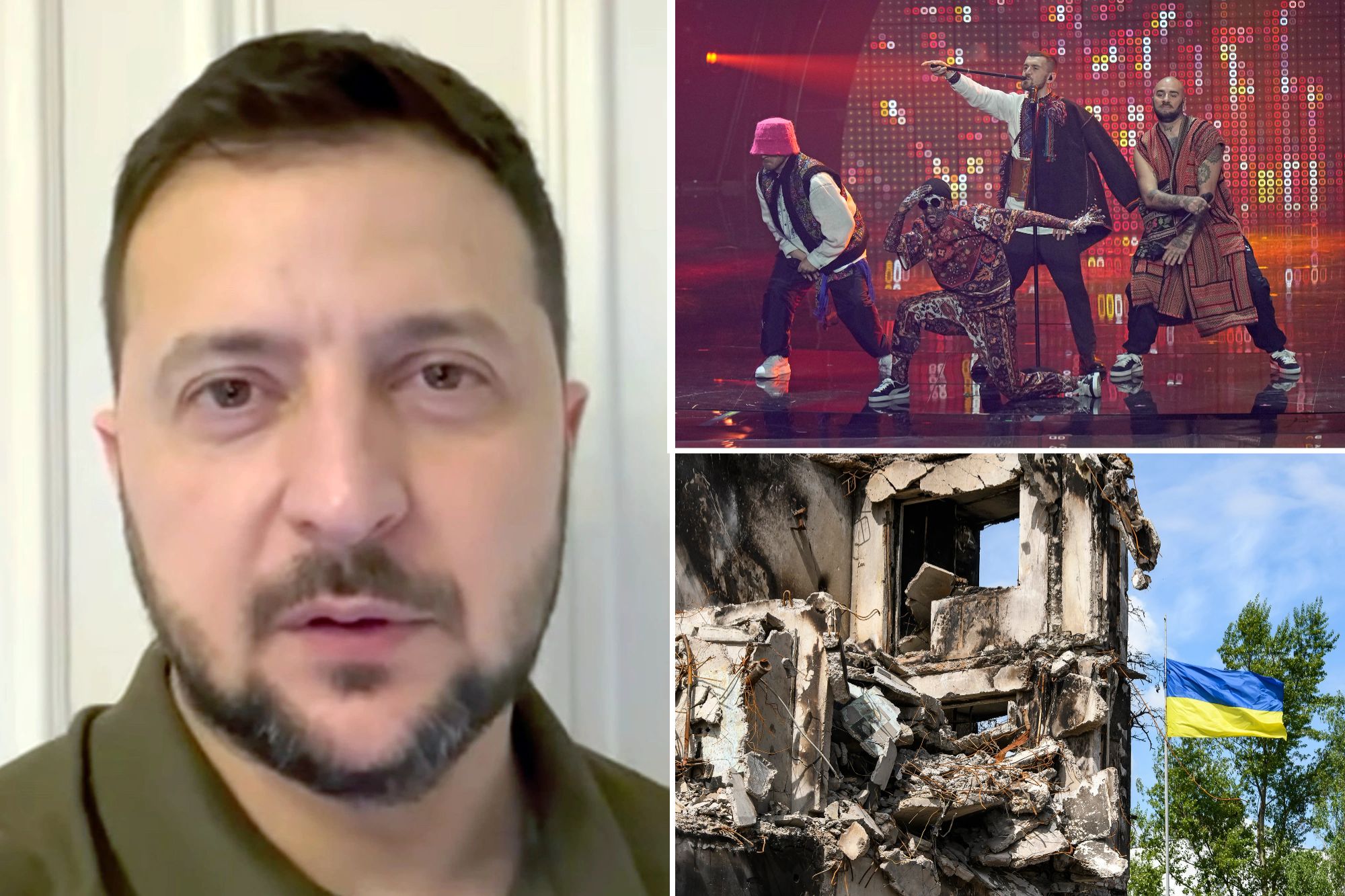 Not even an ongoing war can keep President Volodymyr Zelensky from cheering on Ukraine’s champion in the Eurovision Song Contest.

“Very soon in the final of Eurovision the continent and the whole world will hear our native word,” Zelensky said in a short video posted to his social media pages Saturday as the competition got underway.

“I believe that, in the end, this word will be ‘Victory!’” he added — urging viewers to cast their votes for Kalush Orchestra, Ukraine’s representative in the 66-year-old international competition.

The hybrid folk-rap band is heavily favored to win for “Stefania,” a tribute to frontman Oleh Psiuk’s mother.

The long-running musical extravaganza has pitted acts representing the countries of the European Broadcast Union in a head-to-head battle of the bands since 1956.

A Ukrainian flag is posted next to a destroyed apartment building in Borodianka, Ukraine.Maxym Marusenko/NurPhoto via Getty Images

The competition is known for its over-the-top staging — and for launching the careers of superstars like ABBA and Celine Dion.