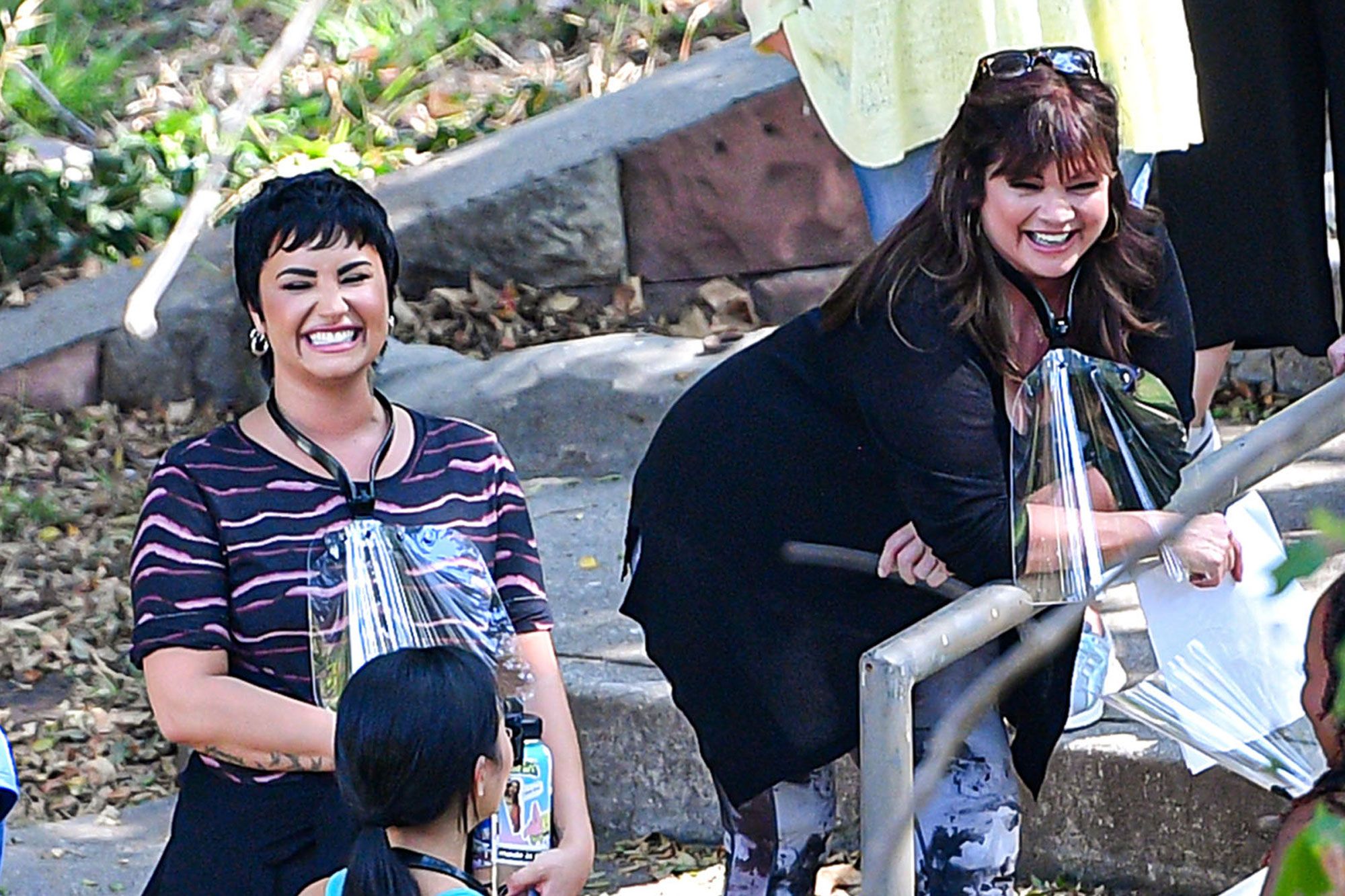 Demi Lovato and Valerie Bertinelli were photographed on the set of their upcoming new show titled Hungry for the first time. The stars were wearing activewear for their roles and seemed to be having a lot of laughs together in between takes. The two are going to play mother and daughter on the TV pilot and were shooting for it in L.A. the other day.

Of course both are very experienced when it comes to their acting careers, Valerie being well known for her role on Days of Our Lives while Demi Lovato started their career on Disney Channel when they were still just a child! As for the plot of this new project they are working on together, it is set around Valerie’s character named Lisa, who owns a restaurant and deals with a lot of fluctuation when it comes to her weight. As for Demi’s role, they play Teddy, a ‘food stylist’ who is also in the process of bettering her eating habits.

With that being said, since the outdoor scene captured by the paparazzi showed them in legging, casual t-shirts and sneakers, it’s safe to say that it must have been about doing a little exercise. Speaking of, Valerie talked about body shaming on social media not too long ago. More precisely, the actress clapped back at someone who commented on her weight, in a video. ‘When you see someone who’s put some weight on, my first thought is that the person is going through some things, because if I could lose the weight and just keep it off, I would. But since I have not been successful with that my entire life, at 61 I am still dealing with [it]. You think I am not tired of it, lady? Where is the compassion? You think that a stupid little comment like ‘you need to lose weight’ — not f***ing helpful.’