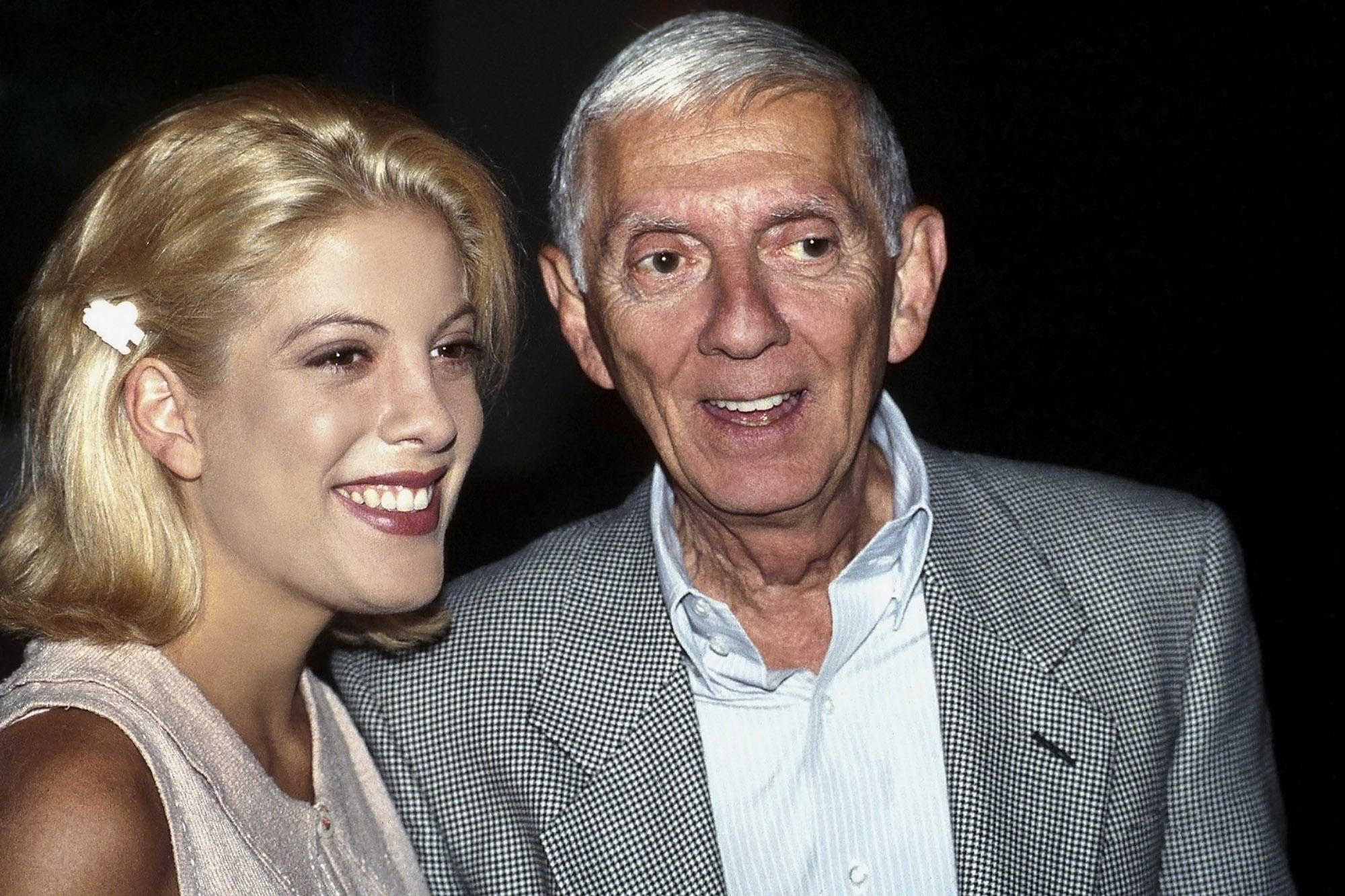 Tori Spelling credits her late dad Aaron Spelling for keeping her “grounded,” despite being raised in a 123-room mansion.

“I was born into a Hollywood family, and I think my dad being as huge as he was as a producer — he was so grounded and so humble and so kind,” the “Beverly Hills, 90210” star told Fox News Digital.

“He was my mentor. He was my dad, but my mentor in life and seeing how he handled people and how genuine and how much he loved his fans and just anybody,” she continued. “He never changed. I think that kind of transitioned onto me. That’s what I saw. That’s what I learned. So I never change.”

Spelling, who has five children with husband Dean McDermott revealed that she passes down those life lessons to her kids.

“I’ve always been grounded and I really believe in that,” she explained. “And that’s something I really feel strongly with my kids, you know, wanting to keep them grounded and humble. We always lead with kindness, I tell them.”

Spelling and McDermott met in 2005 on the set of “Mind over Murder” while married to other people. The following year they married and now share: Liam, 14, Stella, 13, Hattie, 10, Finn, 9, and Beau, 4. They have been noticeably absent from each other’s social media posts lately amid divorce rumors.

Spelling and husband Dean McDermott with most of their brood.Getty Images for Feld Entertainm

The “Scary Movie 2” star also noted that today’s celebrity culture is very different than when she became an actress.

“I got an agent and took acting classes and really worked on myself before I even put myself out there,” she said. “You really got to go for it and prove that you’re driven enough because it is an industry that builds you up to break you down. There’s a lot of rejection. So you have to be prepared for that.”