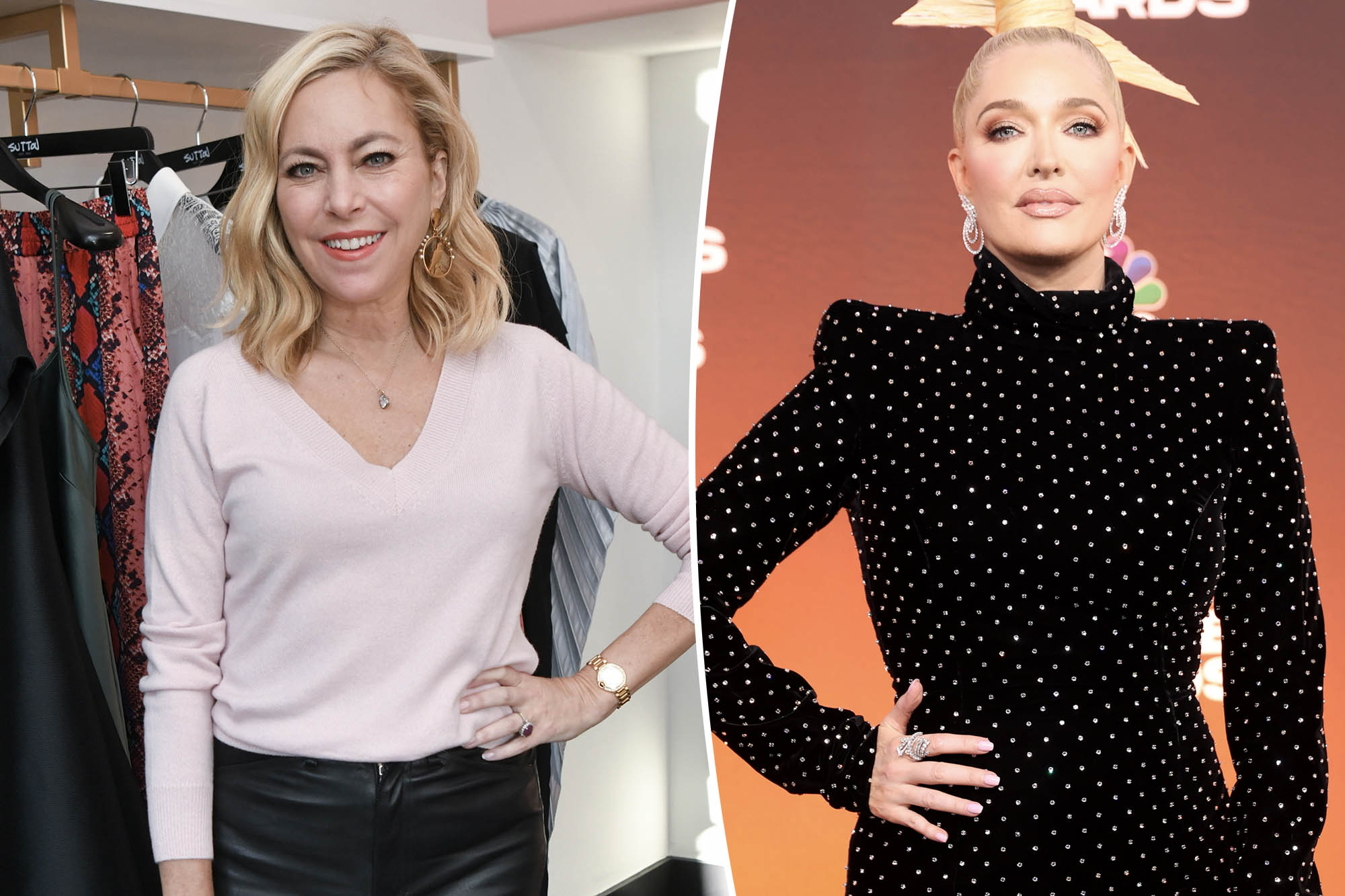 Sutton Stracke re-followed “Real Housewives of Beverly Hills” costar and noted frenemy Erika Jayne on Instagram after an “explosive” fight broke out while filming the new season of the hit reality show.

“Sutton was tired of the drama online and wanted to be the bigger person,” a source exclusively told Page Six.

“She doesn’t need to engage in a fight that’s between Garcelle [Beauvais] and Erika.”

A rep for Stracke did not immediately respond to Page Six’s request for comment.

Beauvais, 55, and Stracke, 50, unfollowed Jayne, also 50, on Wednesday and Thursday, respectively, after Bravo cameras captured a heated argument between the “Real” co-host and the “Pretty Mess” author.

“Garcelle has been coming for Erika this season,” a source exclusively told us on Thursday. “A couple nights ago, while filming, they really got into it with each other.”

The insider explained that Jayne had finally confronted Beauvais over accusations made by the “Coming 2 America” star that she found “hurtful,” inciting a volatile verbal match.

“After that, Garcelle unfollowed Erika and Sutton did the same,” the source said, adding that there will be plenty of two-on-one conflict among the women when “RHOBH” Season 12 premieres.

An insider told Page Six that Garcelle Beauvais and Jayne fought over “hurtful” accusations made by the “Real” co-host.Getty Images for FIJI Water

Another source noted that “it feels like Garcelle and Sutton have been ganging up on Erika” throughout production as they “have only gotten closer.”

Currently, the ladies of “Beverly Hills” — including Stracke, Beauvais and Jayne — are filming a cast trip in Aspen.

Though Stracke is making an effort in real time to minimize tension with Jayne, an insider told Page Six, “Erika’s relationships with Garcelle and Sutton have hardly improved since last season, and this fight certainly didn’t help matters.”

After eagle-eyed fans noticed earlier this week that Beauvais had removed Jayne from her social media feed, the singer commented on Instagram, “Well [let] me unfollow her back.”

However, Jayne still follows both Beauvais and Stracke as of Friday, though she no longer keeps up with Beauvais’ close pal and new “RHOBH” friend Sheree Zampino.

As of Jan. 28, Jayne still follows both Stracke and Beauvais on Instagram.Getty Images

Beauvais seemed to confirm that she and Jayne ran into problems when she responded to a Twitter user this week. The fan expressed hope that the actress will “eat [Jayne’s] ass up” on the next installment of “Beverly Hills.”

“Lol,” she tweeted back.

This culminated in a fiery exchange at the Season 11 reunion, during which an incensed Jayne branded Stracke “a “bitchy f–king c–t.”

Though Beauvais’ decision to press Jayne about her knowledge of Girardi’s alleged wrongdoings caused discord, their previous interactions were mild in comparison to Jayne’s fracas with Stracke.

A premiere date for “The Real Housewives of Beverly Hills” Season 12 has yet to be announced.