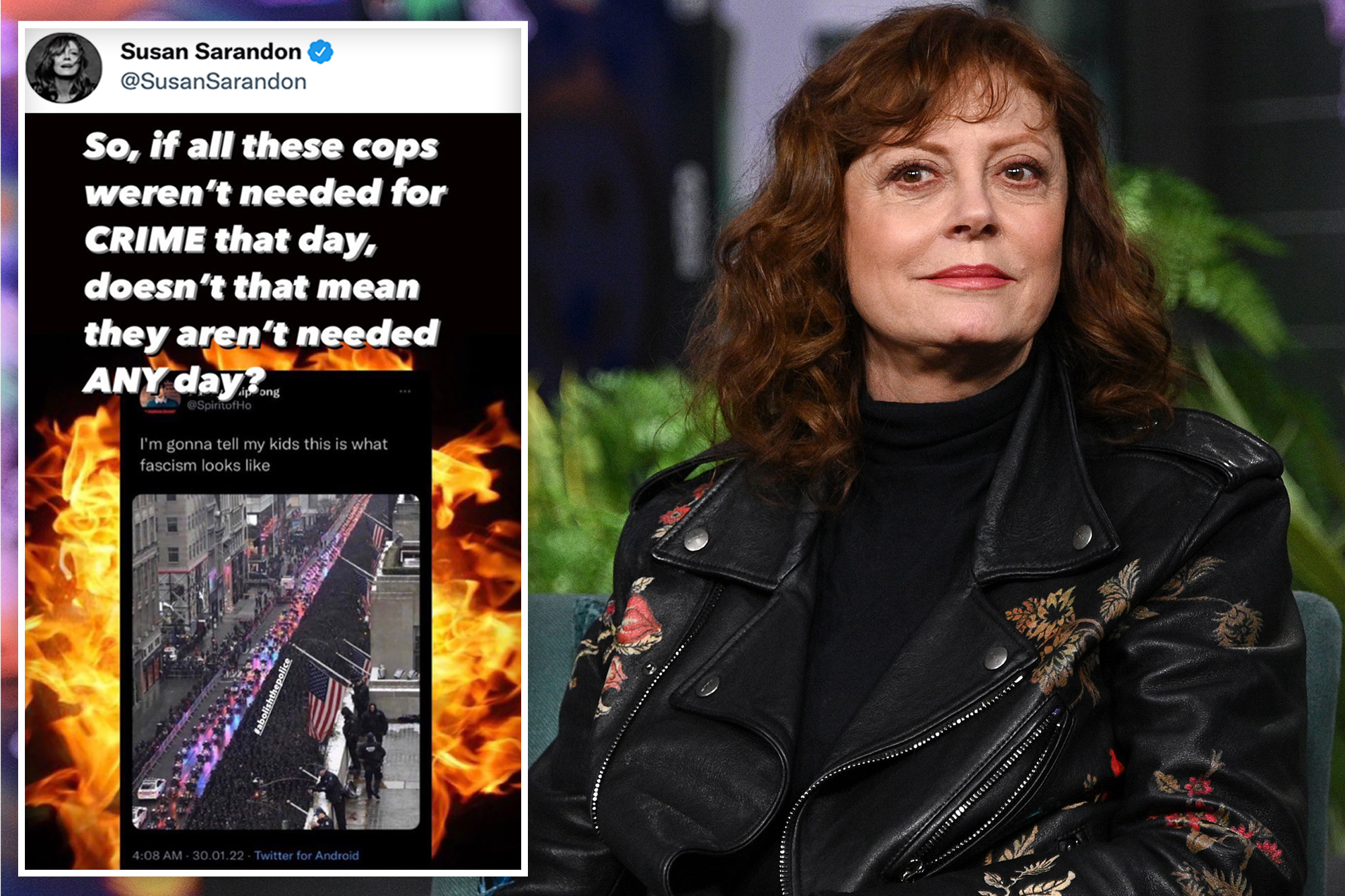 The “Thelma & Louise” star posted an image that showed a tweet by writer and podcaster Danny Haiphong of a photo of the massive turnout of officers in Manhattan last week.

Sarandon posted an image Tuesday that included an apparent screenshot of the original tweet and a caption that said, “So, if all these cops weren’t needed for CRIME that day, doesn’t that mean they aren’t needed ANY day?”

The hashtag #abolishthepolice was added over the original screenshot. It wasn’t clear if Sarandon made the post herself or was sharing it from elsewhere.

Sarandon, who won the Oscar for Best Actress for the movie “Dead Man Walking,” has been an outspoken critic of police brutality and has taken part in Black Lives Matters protests, including in Brooklyn.

Sarandon has spoken out against police brutality in the past and joined Black Lives Matter rallies.Getty Images

The actress added on to the original tweet, questioning why all the police attending the funeral weren’t needed that day.Paul Martinka

The actress has been a vocal supporter of progressive political policies and backed Vermont Sen. Bernie Sanders in his 2016 presidential run.

The post is the latest in a series of criticism against cops.

A Brooklyn math teacher drew flak for his post on Instagram that appeared to encourage violence against cops — a message he claims was misconstrued — while Manhattan actress Jacqueline Guzman was canned from her job for complaining online about street closures related to Rivera’s funeral.

Thousands of officers line up outside St. Patrick’s for Rivera’s funeral.Paul Martinka

Porsha Williams Has The Best Time Chatting With Kelly Clarkson
How Teresa Giudice made Luis video drama ‘worse’
We use cookies on our website to give you the most relevant experience by remembering your preferences and repeat visits. By clicking “Accept All”, you consent to the use of ALL the cookies. However, you may visit "Cookie Settings" to provide a controlled consent.
Cookie SettingsAccept All
Manage consent