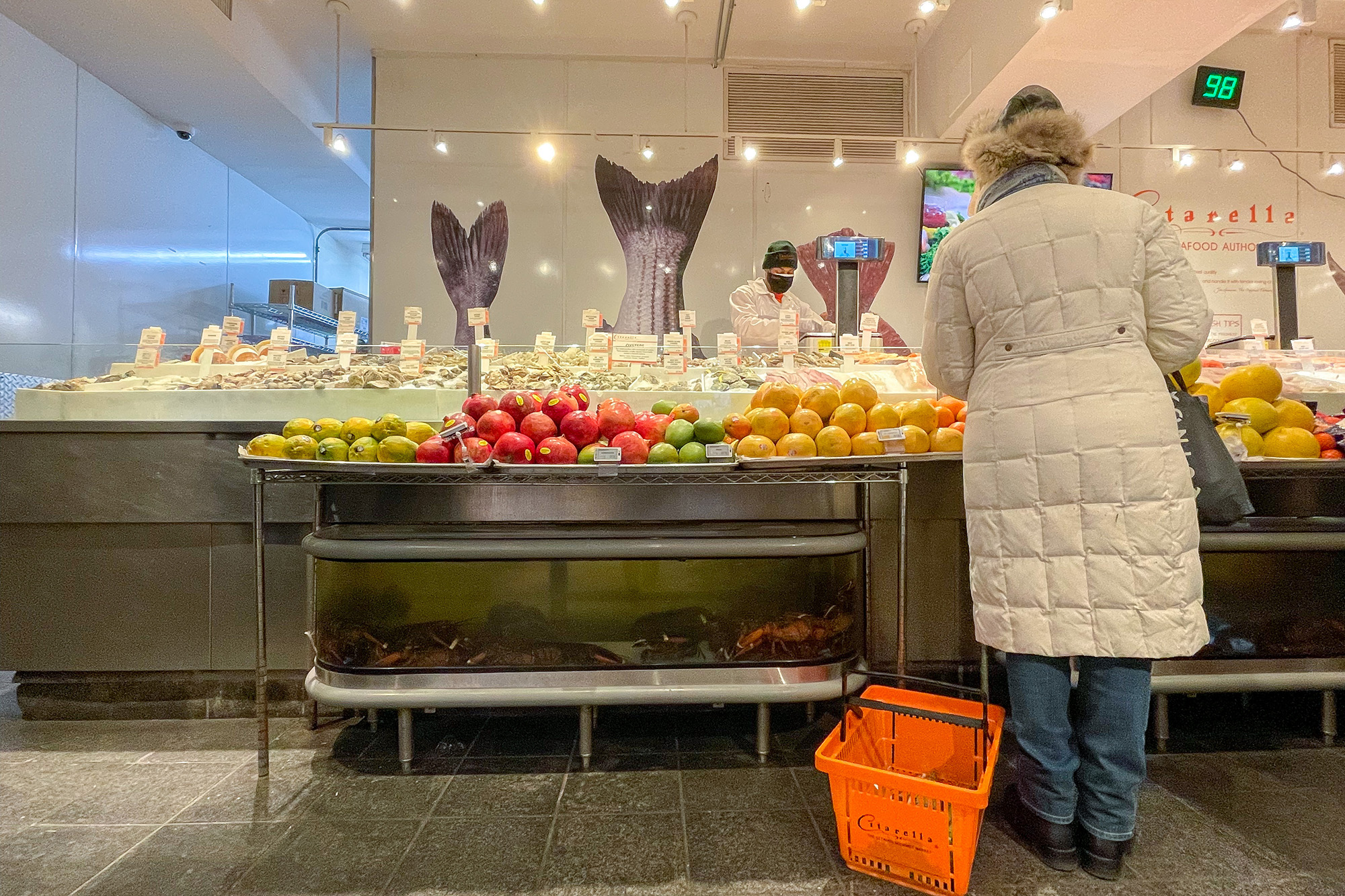 Thieves are brazenly grabbing porterhouse steaks and other big-ticket items from well-stocked Manhattan food stores and selling their ill-gotten goods to bodegas in the Bronx and elsewhere, grocers tell fish The Post.

It’s a confluence of two hot-button issues: the sharply rising prices retailers — and their customers — are facing as inflation is stuck at 40-year highs and the smash-and-grab antics seen across the country as some say light-touch policing is encouraging theft.

As for inflation, it’s so off the charts that tony grocer Citarella is now selling crab meat for $99 a pound — up from around $35 just six months ago.

And as for the thefts? Some stores aren’t even stocking the highest-dollar items anymore — because the stuff is ripe for shoplifters.

“I am not going near that stuff,” Victor Colello, Morton Williams’ director of meat and fish buying tells The Post of the ever-more-pricey crab. “It’s too expensive and will just sit on the shelves or walk out the door.”

Citarella owner Joe Gurrera tells The Post that seafood prices have been high for months. At his stores, wild lump crabmeat is $99 a pound, wild stone crab claws and lobster meat is $89.99 a pound and wild Nantucket Bay scallops are $79 a pound.

A Morton Williams buyer tells The Post he refuses to chance purchasing some of the most expensive seafoods.Marcus Santos

He cites the supply-chain issues that are gumming up the works across the world — and helping to drive up prices: fish and other seafood stuck on ships in port and soaring demand amid staffing problems. Higher gas prices add to transportation costs and trickle down to the sticker price, too.

At Morton Williams, Colello calculates that an 8-ounce lobster tail now costs $32 a pound, wholesale — which would be around $60 a pound retail. Prices across the store are up 30% to 60% in just the past month, he says. And sales are down 15% to 20%. So he’s just staying away from most of the higher-end seafood, he says.

“You see it for yourself. The prices are nuts. What are you supposed to eat? That’s why shoplifting is so bad,” Colello said, adding that some Rite Aids around New York City already have announced closings due to extreme shoplifting, as The Post reported last week.

Avi Kaner, the CEO and co-owner of Morton Williams said in his 25 years with the grocer, he’s never seen as much theft.

“They are coming in with garbage bags to steal for profit and sell the goods to unscrupulous businesses,” he said, alleging that much of the pilfered stuff ends up on shelves at smaller bodegas in the Bronx and elsewhere.

Shoplifting is even bedeviling drugstores — Rite Aid, for example, has closed some NYC locations.Christopher Sadowski

Colello, Kaner’s meat and fish director, said this past Saturday, they nabbed a guy stealing $150 worth of porterhouse steaks and $200 worth of candles.

“He said that supermarkets and bodega owners in the Bronx and elsewhere pay $5 per for each steak and candle,” Colello claimed.

Meanwhile, the costs are driving paying customers away from fish and other seafood, the grocers contend — just as people turned back to the kitchen and cooking during the pandemic.

Crustacean lovers might want to opt for buying the whole lobster — the meat costs $89.99 a pound, Citarella tells The Post.Gabriella Bass

“People were buying fish like crazy,” Colello said. “But now they are shying away from fish. It’s just too expensive. In my 10 years as director of buying, I have never raised so many prices like this. In the last three months, I’ve raised more prices than I have in the last 10 years.”

We hear…that New York’s Nami Nori is launching a Hawaiian pop up from Feb. 11 to 24 at Mauna Lani, an Auberge Resorts Collection hotel.

It’s the first hotel collaboration for the Japanese temaki (hand roll) hotspot, which launched in Greenwich Village in 2019. Just how popular is it? There are still lines to get in — and now it now has an outpost in Williamsburg.

Fans of Japanese temaki will see opportunities “pop up.”

The Mauna Lani popup includes a temaki dinner and a cooking class led by Nami Nori’s Chef Partner, Taka Sakaeda, and a take-out five-piece Temaki set at Mauna Lani’s central hub, Surf Shack, off the coast of Kona. It is fitting, as Nami Nori means “to ride the wave” in Japanese.

“The sophisticated, island vibe of the Mauna Lani immediately spoke to us. We have always envisioned Nami Nori as our little oasis in the big city so to be able to bring what we do to an actual oasis is like a dream come true,” Nami Nori’s managing partner Lisa Limb tells The Post.

Hollywood unleashed the penis this year
Kandi Burruss Celebrates The Birthday Of Her BFF
We use cookies on our website to give you the most relevant experience by remembering your preferences and repeat visits. By clicking “Accept All”, you consent to the use of ALL the cookies. However, you may visit "Cookie Settings" to provide a controlled consent.
Cookie SettingsAccept All
Manage consent