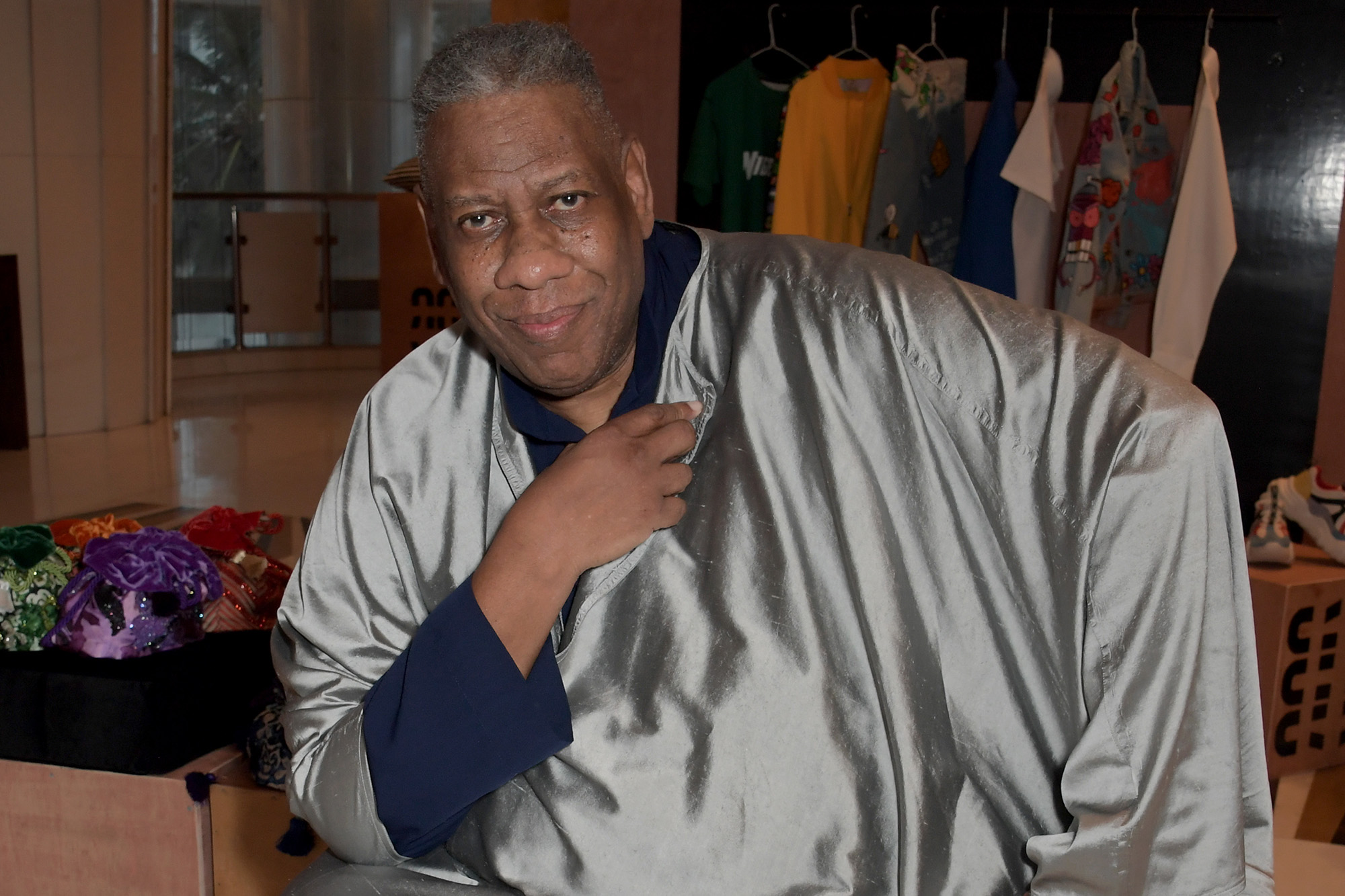 Celebrities and fashion gurus mourned the loss of André Leon Talley after the former Vogue creative director died at the age of 73 on Tuesday.

“Love you Andre,” Kim Kardashian wrote on her Instagram Story along with photo of herself holding hands with the fashion legend at the 2018 CFDA Awards. She added a broken-heart emoji to her message.

“I am so saddened to hear of the passing of André Leon Talley,” Kris Jenner wrote on her Instagram. “We shared some very memorable times together and I will always remember how kind he was to me and my family.”

“I’m sorry to say the extraordinary #AndreLeonTalley has died,” Bette Midler tweeted. “He was such a force, & believed in the magic of Fashion & its illusions with all his being. His life was a saga of great highs, great lows, the dramatic, the ridiculous, and the endless pursuit of beauty. Love & RIP.”

Zendaya reposted a photo of Talley to her Instagram Story to honor his memory.

“Wow we are just losing our icons!” Leslie Jones tweeted along with a video hugging the late editor-at-large as he complimented her work. “Andre’ Leon Talley was Legendary! RIP KING!!”

“I am sad to hear of Andre Leon Talley’s passing. My thoughts and prayers are with his loved ones,” Octavia Spencer tweeted.

Fashion icons also paid tribute to Talley and the mark he left on the industry.

Diane von Furstenberg said goodbye to her “darling” friend, writing on Instagram, “no one saw the world in a more elegant and glamorous way than you did ❤️🙏… no one was more soulful and grander than you were ❤️🙏…the world will be less joyful now ❤️🙏 I have loved you and laughed with you for 45 years…. I will miss your loud screams and your loyal friendship…I love you soooo much ❤️🙏.”

“R.I.P dearest Andre. Without you, there would be no me. Thank you for paving the way 💔,” British Vogue editor-in-chief Edward Enninful wrote on his account.

Talley, who became the first African American creative director of Vogue in 1988, died at White Plains Hospital from an unknown illness, TMZ first reported on Tuesday.

His friend Darren Walker, the president of the Ford Foundation, then confirmed the news, writing in a statement, “André Leon Talley was a singular force in an industry that he had to fight to be recognized in.”