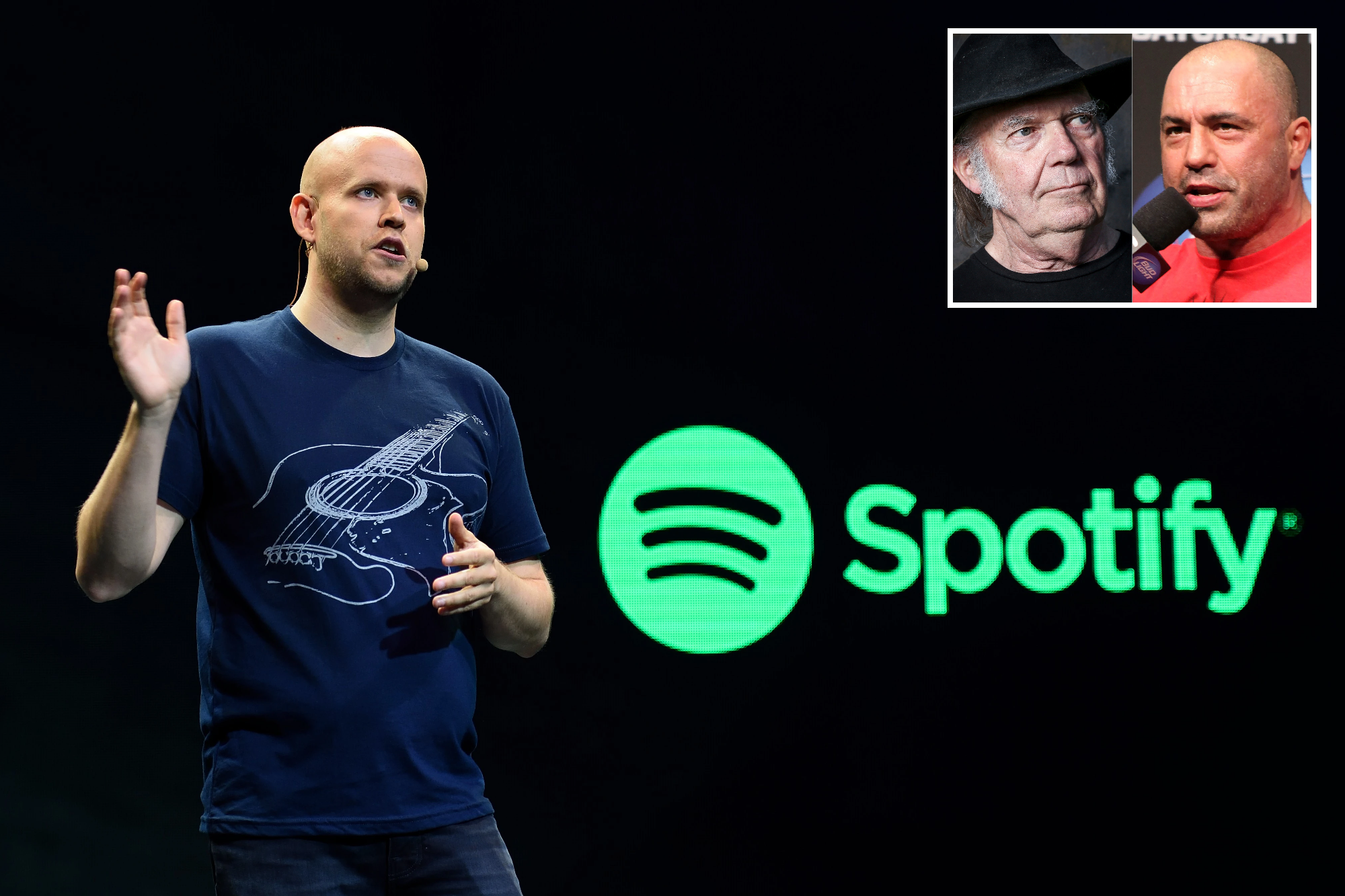 Spotify will begin adding a “content advisory” for podcast episodes that include COVID-19 discussions after Neil Young and two other musicians pulled their work from the streaming service over concerns about coronavirus misinformation.

The new feature was announced in a company blog post published Sunday by CEO Daniel Elk and comes after Young, Joni Mitchell and Nils Lofgren parted ways with Spotify in protest of podcaster Joe Rogan, who they’ve accused of spreading fake information about COVID vaccines.

The content advisories will be rolled out in the coming days and will direct users to a COVID-19 information hub.

The hub will include “easy access to data-driven facts, up-to-date information as shared by scientists, physicians, academics and public health authorities around the world, as well as links to trusted sources,” Elk wrote.

Elk also announced that Spotify has taken the step to publish its “long-standing” platform rules in an effort to boost transparency.

“Personally, there are plenty of individuals and views on Spotify that I disagree with strongly,” Elk wrote in the blog post, without singling out anyone in particular.

“We know we have a critical role to play in supporting creator expression while balancing it with the safety of our users.

“In that role, it is important to me that we don’t take on the position of being content censor while also making sure that there are rules in place and consequences for those who violate them,” Elk said.

According to the rules, the streaming service prohibits creators from sharing “content that promotes dangerous false or dangerous deceptive medical information that may cause offline harm or poses a direct threat to public health.”