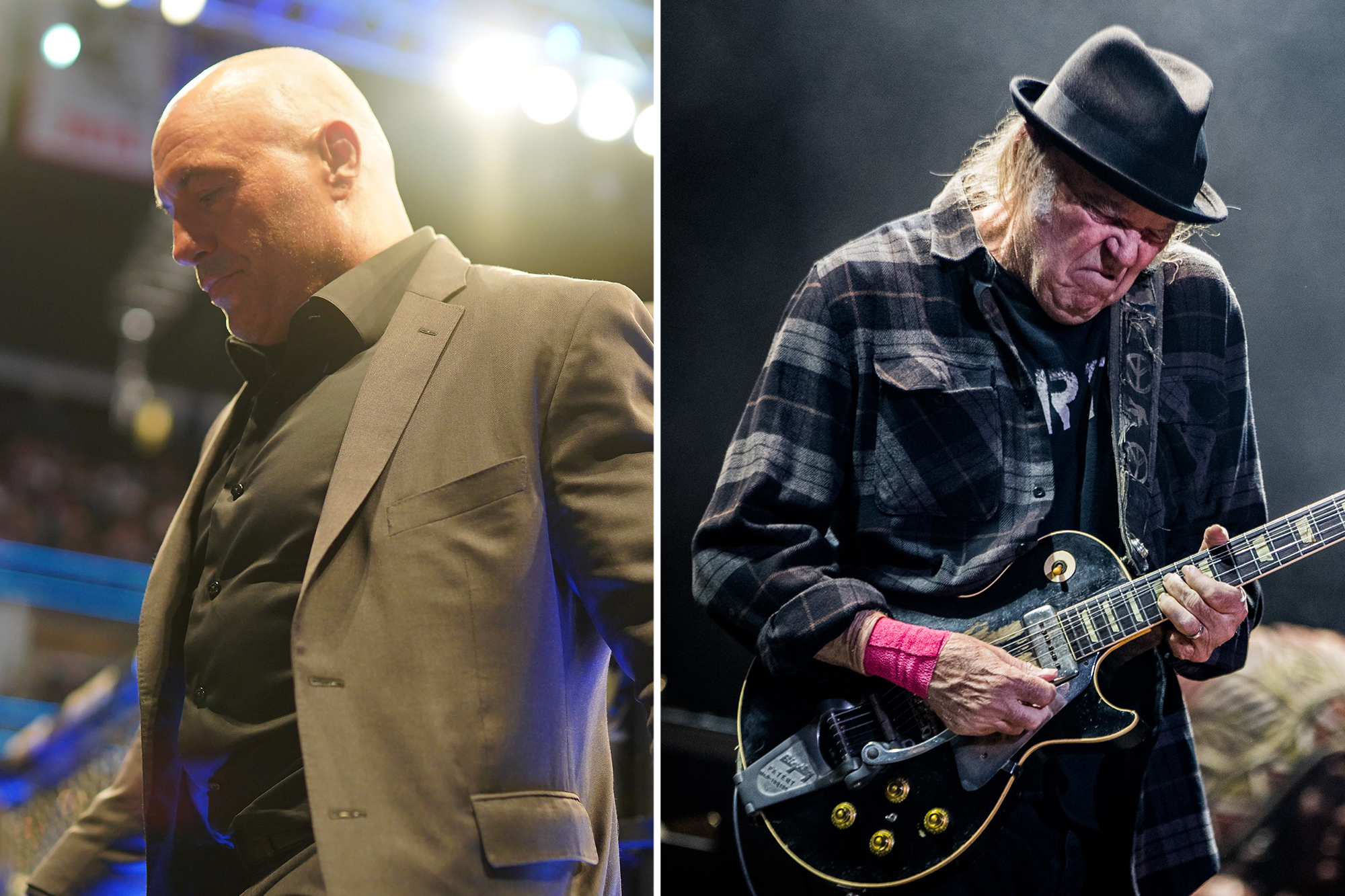 Spotify has sided with its podcast superstar over Neil Young.

The legendary folk singer gave the streaming behemoth an ultimatum earlier this week, saying he refused to allow his music on the same platform as Joe Rogan. The “Heart of Gold” singer accused Rogan and his podcast of spreading false information about COVID-19 vaccines.

Spotify reportedly paid more than $100 million deal to be the exclusive home of Rogan’s show. Young, meanwhile, stands to lose 60% of his streaming income from his defiant stance, he said in a statement on his website.

“We want all the world’s music and audio content to be available to Spotify users,” a spokesperson for the company told the Wall Street Journal. “With that comes great responsibility in balancing both safety for listeners and freedom for creators.”

Since the start of the pandemic, the spokesman noted, Spotify has removed more than 20,000 COVID-related podcast episodes. Still, Young’s protests were not sufficient for it to drop its lucrative star talker.

“We regret Neil’s decision to remove his music from Spotify, but hope to welcome him back soon,” the spokesperson added.

Young’s letter — which is now deleted from his website — did not mince words in accusing the streaming giant of giving an undeserved platform to Rogan and his COVID-19 vaccine “misinformation.”

“I want you to let Spotify know immediately TODAY that I want all my music off their platform,” wrote the 76-year-old rock icon. “I am doing this because Spotify is spreading fake information about vaccines – potentially causing death to those who believe the disinformation being spread by them.”

The note even included a formal ultimatum: “They can have Neil Young or Rogan. Not Both.”

In a statement posted on his website, Young thanked his publisher Hipgnosis and his label Warner Records/Reprise for supporting his ultimatum.

“Losing 60% of worldwide streaming income by leaving SPOTIFY is a very big deal, a costly move, but worth it for our integrity and beliefs. Misinformation about COVID is over the line.”

He went on to nudge other artists to take a similar stance.

“I sincerely hope that other artists can make a move, but I can’t really expect that to happen,” Young said. “I did this because I had no choice in my heart. It is who I am. I am not censoring anyone. I am speaking my own truth.”

Although Young did not specifically note which episodes he took issue with, Rogan did recently host Dr. Robert Malone, the “anti-vaxxer epidemiologist” who was recently booted from Twitter for alleged dissemination of vaccine misinformation, The Post previously reported.

YouTube removed the episode, in which Malone compared the climate surrounding US public health to 1920s and 1930s Germany.

Representatives for neither Joe Rogan nor Spotify immediately returned The Post’s request for comment.

Travis Scott fans sign petition to have him headline Coachella
David Adefeso Tells Fans That Their Savings Accounts Is A Bad Investment And Offers More Financial Advice
We use cookies on our website to give you the most relevant experience by remembering your preferences and repeat visits. By clicking “Accept All”, you consent to the use of ALL the cookies. However, you may visit "Cookie Settings" to provide a controlled consent.
Cookie SettingsAccept All
Manage consent