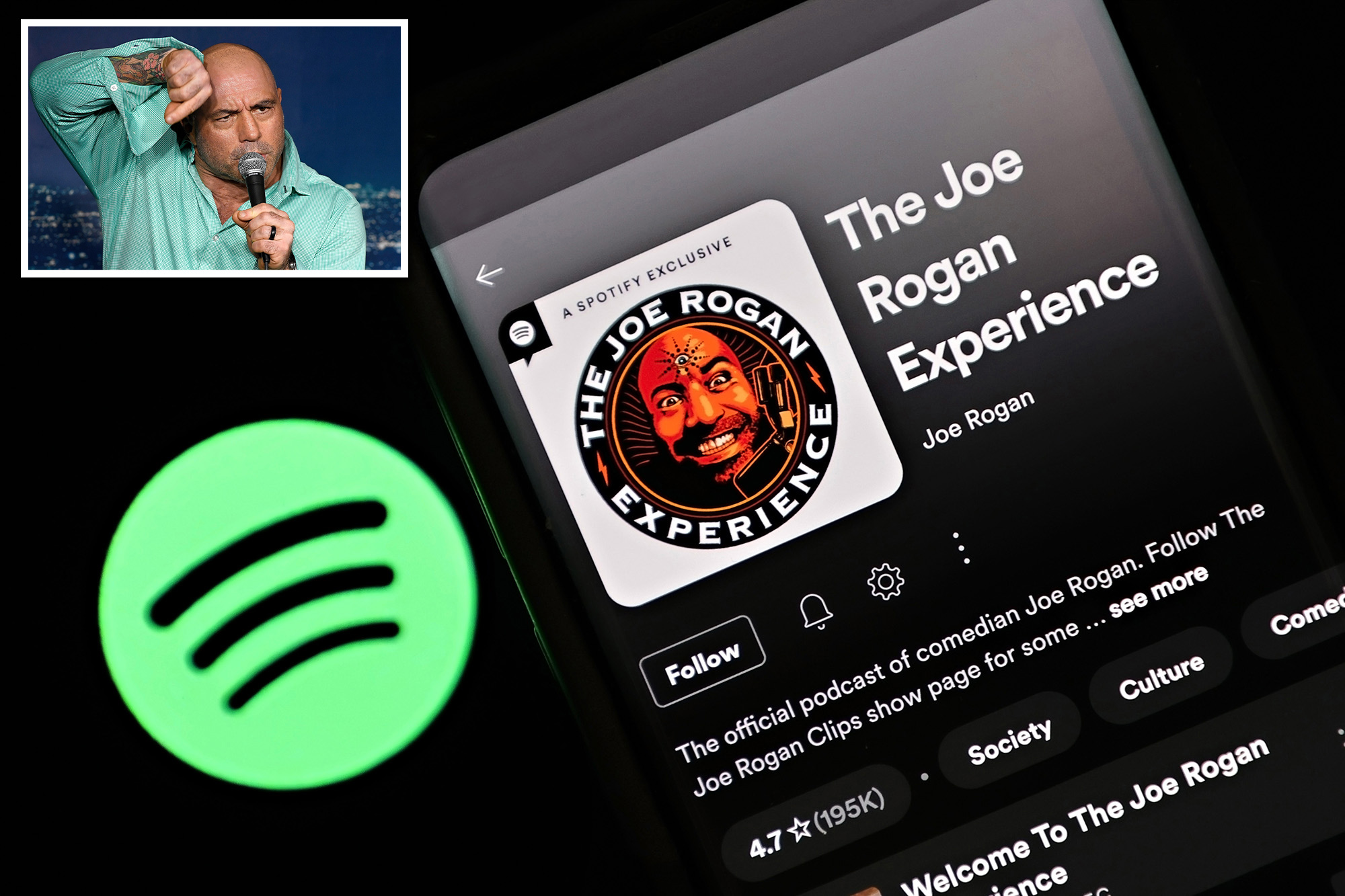 Spotify has pulled more than 100 episodes of embattled podcaster Joe Rogan’s show, according to a web site which tracks the podcast.

JREMissing reported Saturday that 113 episodes of “The Joe Rogan Experience,” many of them older and recorded before his recent COVID-19 controversy, had been yanked.

Rogan has been off Spotify’s airwaves for a week. The podcaster apologized and pledged more balance on his wildly popular but controversial podcast on Jan. 30, after a rush of rock legends quit Spotify and accused him of spreading COVID-19 misinformation.

Neil Young, Joni Mitchell, singer/songwriter India Arie, Mary Trump and writer Brene Brown are among those who have pulled their work off the platform.

Rogan was forced to apologize a second time Friday, after Arie showed a now-viral clip of Rogan uttering the n-word numerous times in his podcast over the years. Rogan called the instances of him saying the n-word “regretful and shameful.”

Upon his return to the platform Friday, Rogan, 54, slammed a 10 p.m. curfew which had been enacted in Montreal last month as COVID infections surged, calling the restriction, “wild.”

“It’s been pretty clear up until this point that all these lockdowns don’t work. They don’t stop the spread,” he said.

JREMissing reported Saturday that 113 episodes of “The Joe Rogan Experience” had been deleted.Photo Illustration by Cindy Ord/Getty Images

A recent study released by experts at Johns Hopkins backed up Rogan’s assertions, finding that lockdowns and other restrictions in the first wave of the pandemic reduced COVID deaths by just .2 percent.