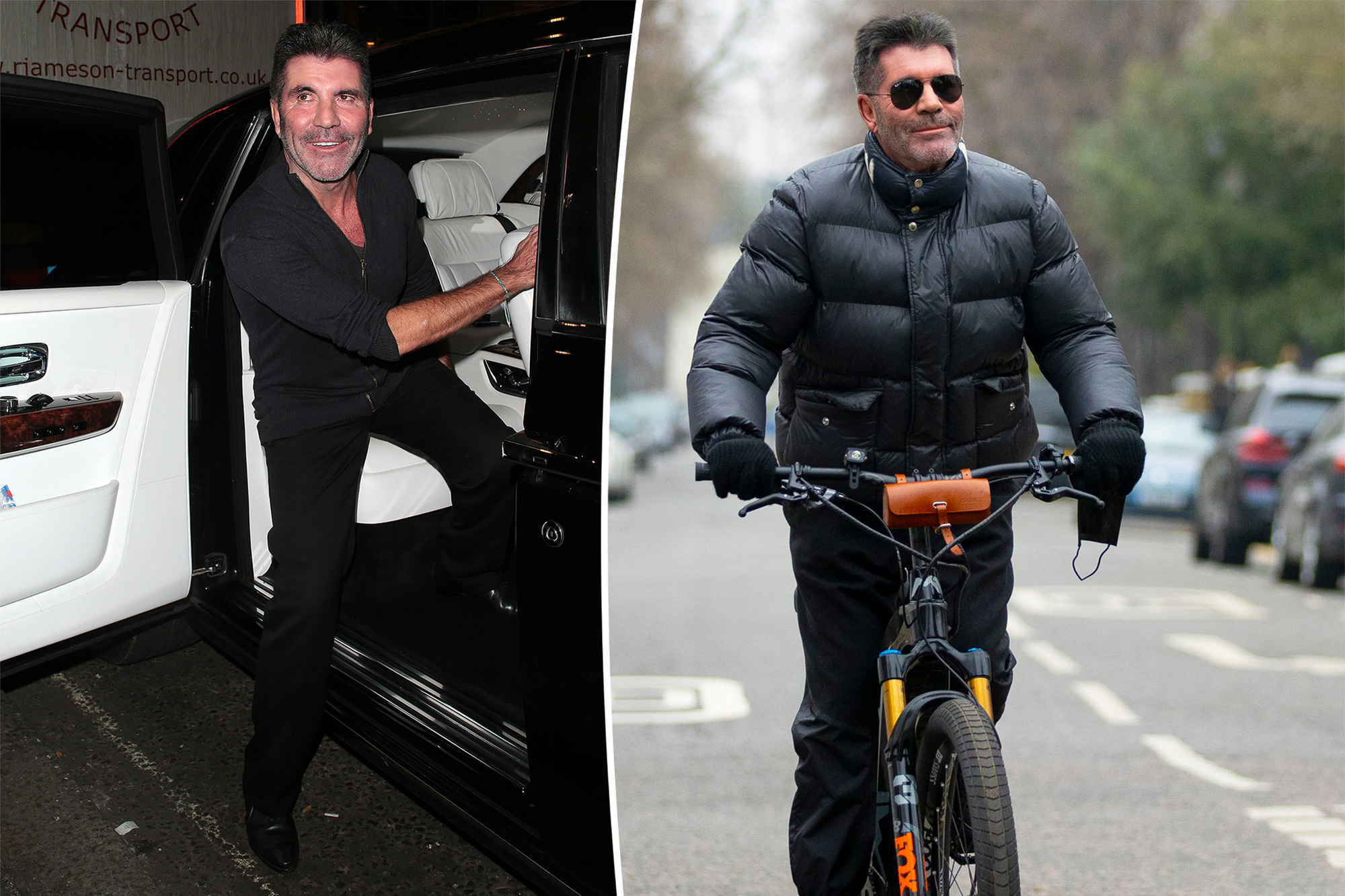 Simon Cowell “broke his arm,” but was not seriously injured following another accident on his electric motorbike last week, Page Six can confirm.

A source told us Tuesday the “America’s Got Talent” judge, 62, was riding the bike when he “slipped off” and fell, but he is “OK.”

A second source added, “He’s doing well and is healing at home.”

The Sun reported that Cowell was “lucky to be alive” since he was propelled off the bike after driving 20 mph and was not wearing a helmet.

The incident reportedly took place last Thursday near his home in West London.

“He was pedalling along, with his electric motor on, when the wheels suddenly went from under him after hitting a wet patch,” an insider told The Sun on Monday night.

“He slipped and went flying over the handlebars into the middle of the road.”

The source said Cowell’s decision to not wear a helmet was “stupid” and said the choice caused him to bleed all over his face like “something from Phantom of the Opera.”

This is the second time Cowell, pictured here on Jan. 26, has gotten into a bike accident.MEGA

The former “American Idol” judge was taken to a nearby hospital and released within a few hours with a bright yellow cast.

Cowell has crashed while riding his bike once before.

In August, the British-born music executive broke his back in three places while riding the $20,000 bike outside his Malibu mansion. He underwent a six-hour surgery to repair his spine, and doctors inserted a metal rod into his back.

The Sun reported he won’t give up his bike, but that he would start wearing a helmet.MEGA

Cowell reportedly contemplated suing the manufacturer of the EB-01 bike in December for up to $10 million in damages.

According to The Sun’s report Tuesday, however, the TV personality won’t give up his e-bike for good, but has vowed to start wearing a helmet.