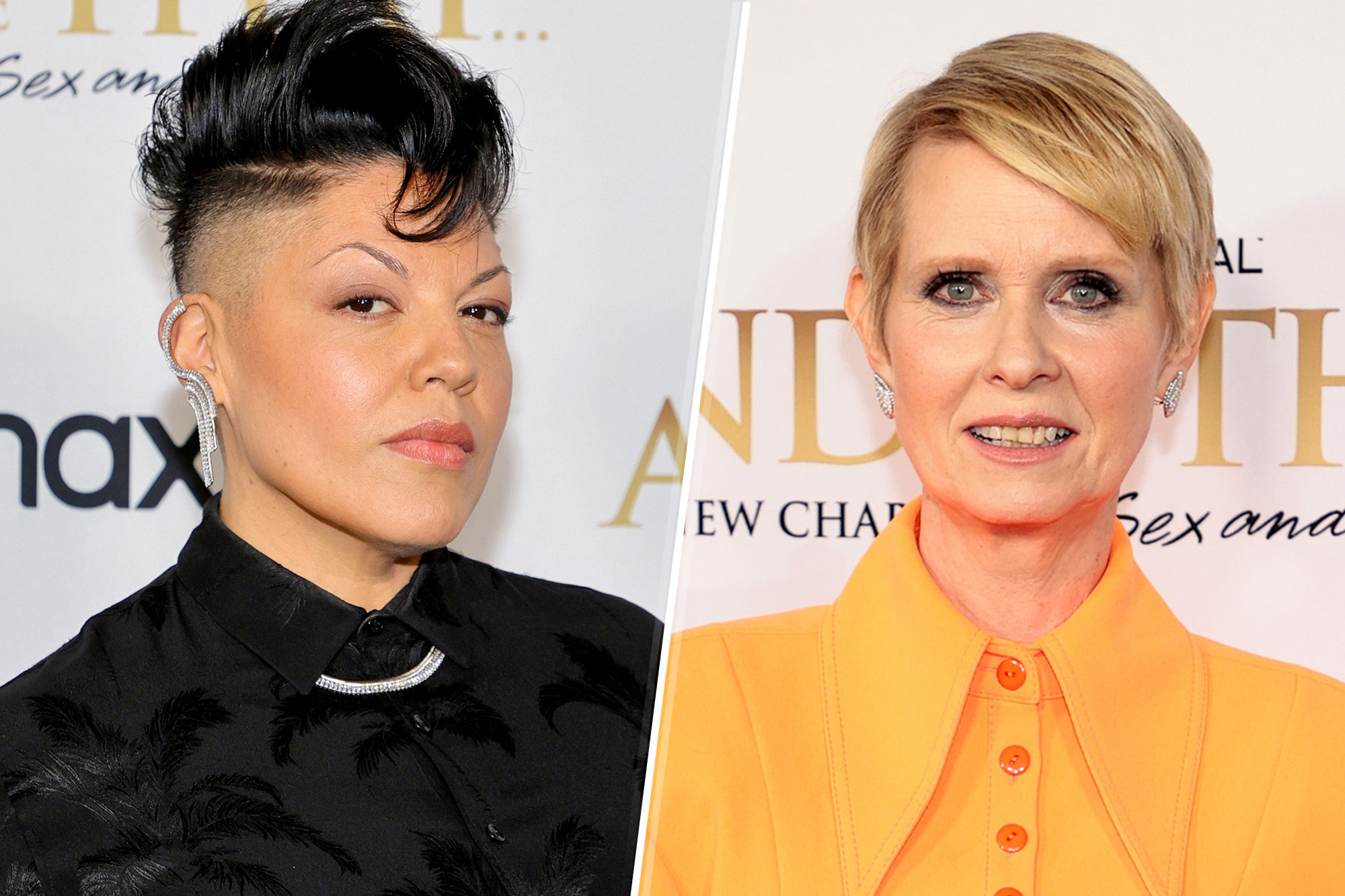 “I’m very aware of the hate that exists online,” they (Ramirez identifies as non-binary) told the The New York Times in a recent interview. “But I have to protect my own mental health and my own artistry.”

“And that’s way more important to me because I’m a real human being,” Ramirez, 46, continued, “I’m really proud of the representation that we’ve created. We have built a character who is a human being, who is imperfect, who’s complex, who is not here to be liked, who’s not here for anybody’s approval. They’re here to be themselves.”

Ramirez plays a non-binary comedian who embarks on a relationship with uptight lawyer Miranda Hobbes (Cynthia Nixon). Many fans were upset that Miranda split from her husband Steve and decided to follow Che to California.

Ramirez also noted that they were “not in control of the writing.”

“In real life, there are a lot of different human beings who show up to the table, speaking truth to power in myriad ways,” they explained. “And they all land differently with different people. And Che Diaz has their own audience that they speak to who really get a kick out of what they’re doing.”

“Orange is the New Black” star Lea DeLaria exclusively told Page Six that she has an idea on why Che Diaz has been on the receiving end of so much hate.

“People have a real problem with non-gender-conforming individuals. Always have, hopefully always won’t,” she said. “I think the show appeals to a certain generation of people who have issues. I don’t think it’s the show’s fault. I think it’s the audience’s fault.”

Interestingly, Diaz was not the first choice to play a love interest for Miranda.

“So originally, when Michael was sort of trying to think about what would happen in our season, he talked about Nya (Karen Pittman), Miranda’s professor, being the romantic relationship,” Nixon revealed in the ‘And Just Like That..’ The Documentary. “Nya was a straight character and Miranda’s a straight character and I was like, ‘Well that doesn’t sound very sexy at all.’ Do you know what I mean?”

“That doesn’t seem great,” she continued, “And I was like, ‘Why couldn’t it be, you know, why couldn’t it be this butch person that you’re talking about having for Carrie?’”

Ramirez imagines that Che would have a “very witty and silly and funny” response to all the hoopla regarding their character.

“Something that ultimately reminds everyone that they are human; something with a sprinkling of self-deprecation, because I think they know they’re a narcissist,” Ramirez said. “And maybe just a little reminder that no one’s perfect.”

Julia Fox opens up about Drake romance rumors
Candace Owens defends Kanye West against Kim Kardashian
We use cookies on our website to give you the most relevant experience by remembering your preferences and repeat visits. By clicking “Accept All”, you consent to the use of ALL the cookies. However, you may visit "Cookie Settings" to provide a controlled consent.
Cookie SettingsAccept All
Manage consent