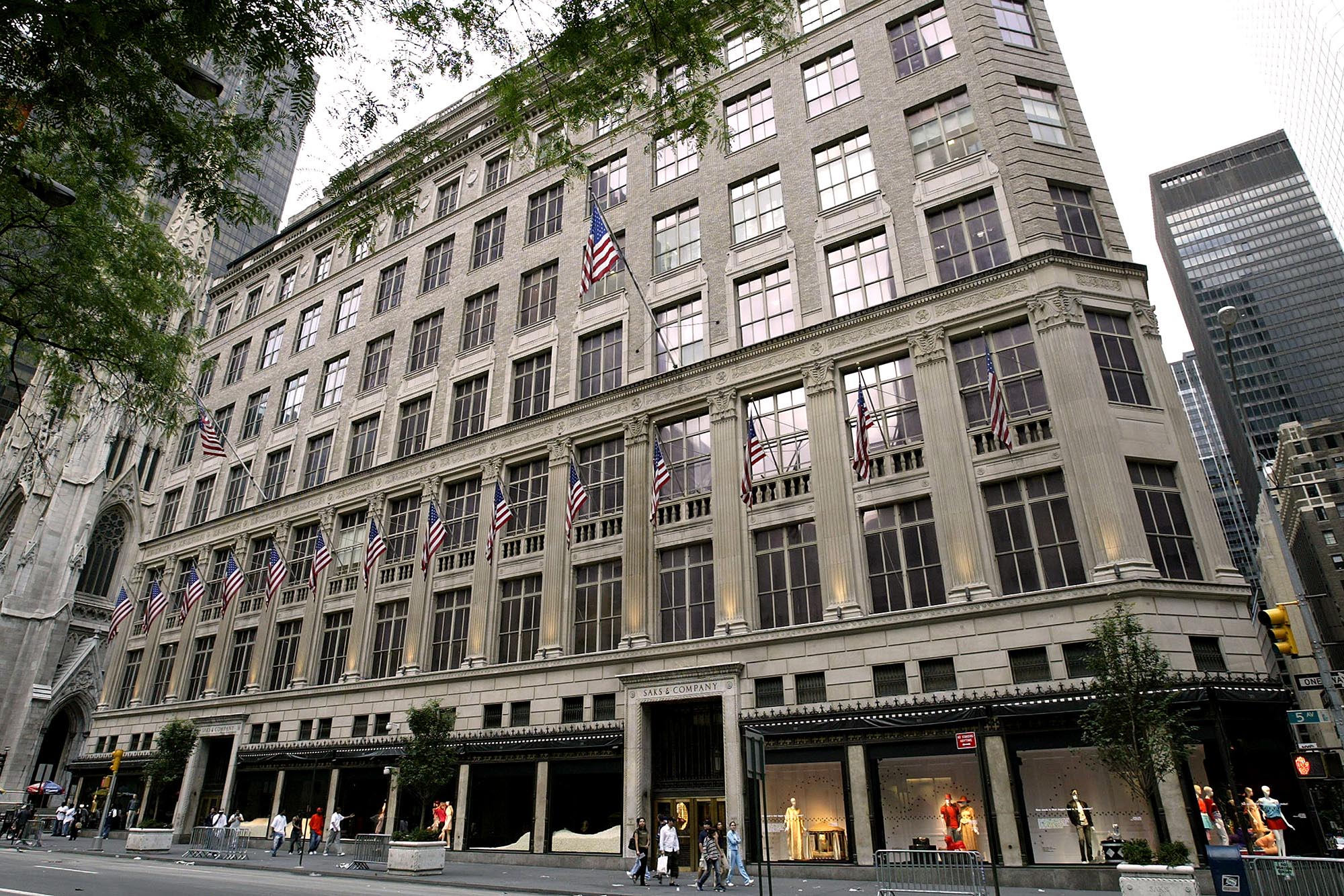 What’s the return policy on a flagship hair salon?

Saks is being sued by Joel Warren — the co-founder of celebrity salon chain Warren-Tricomi — for $75 million.

Warren alleges things got hairy when the department store reneged on a 2017 agreement to open a state-of-the-art flagship salon on its 10th floor.

He alleges in court papers that his stylish deal got short shrift when Saks instead pivoted last year to turn his planned space into a new co-working venture.

Back in 2017 it was announced that Warren would create a new salon concept for multiple Saks locations — including a sprawling space at its Midtown flagship that would be “flooded with natural light, like a New York City penthouse,” The Post reported at the time.

But Warren alleges in court papers filed on Tuesday that Saks’ subsequent “high-profile decision to lease prime space to WeWork” last year is “in clear violation of its existing contractual obligations” to him.

Joel Warren, pictured in 2017, claims that Saks reneged on its deal for him to open a flagship salon.Getty Images for Dujour

The court documents allege that, “Almost immediately after executing the Contract with [Warren’s company] SalonCo, Saks embarked on a journey of frustrating the Contract and ignoring the mutually agreed upon terms.”

The papers claim that before Warren could open his flagship space, “Saks surreptitiously and fraudulently entered into an agreement with WeWork, unbeknownst to SalonCo, to lease the tenth floor to WeWork for use as a co-working space, after SalonCo had already spent over $300,000 on plumbing, and construction services.”

Last year Saks reportedly entered into a partnership with WeWork to create SaksWorks, which would convert some of its retail space to office space — including the 10th floor of its flagship store near Rockefeller Center.

Warren’s suit alleges that he also “spent at least three years and over $100,000 of his personal savings to negotiate the Contract with Saks, plan and design the space, and then was promised a $4 million dollar loan.”

He claims that, “After Saks and SalonCo entered into the Contract, and after SalonCo had substantially performed its obligations pursuant to the Contract, Saks reneged” on various agreements at multiple locations.

“Without written notice Saks excluded SalonCo from the 10th floor of the Flagship Fifth Avenue Location and instead only offered the seventh floor in violation of the Contract although the parties previously agreed that the Licensed Space for SalonCo would be a 10,000 square foot facility on the 10th floor,” the papers state.

The suit is seeking $75 million, plus attorneys’ fees and punitive damages.

It’s not the first time a hair salon and Saks have tangled: Saks split with its previous salon partner John Barrett, who was Hillary Clinton’s personal hairdresser.

In that case, Saks filed an $11 million breach of contract lawsuit against Barrett which was subsequently settled.

Warren is being repped in the case by Robert J. Hantman of Hantman & Associates.

We have reached out to Saks for comment on the suit.