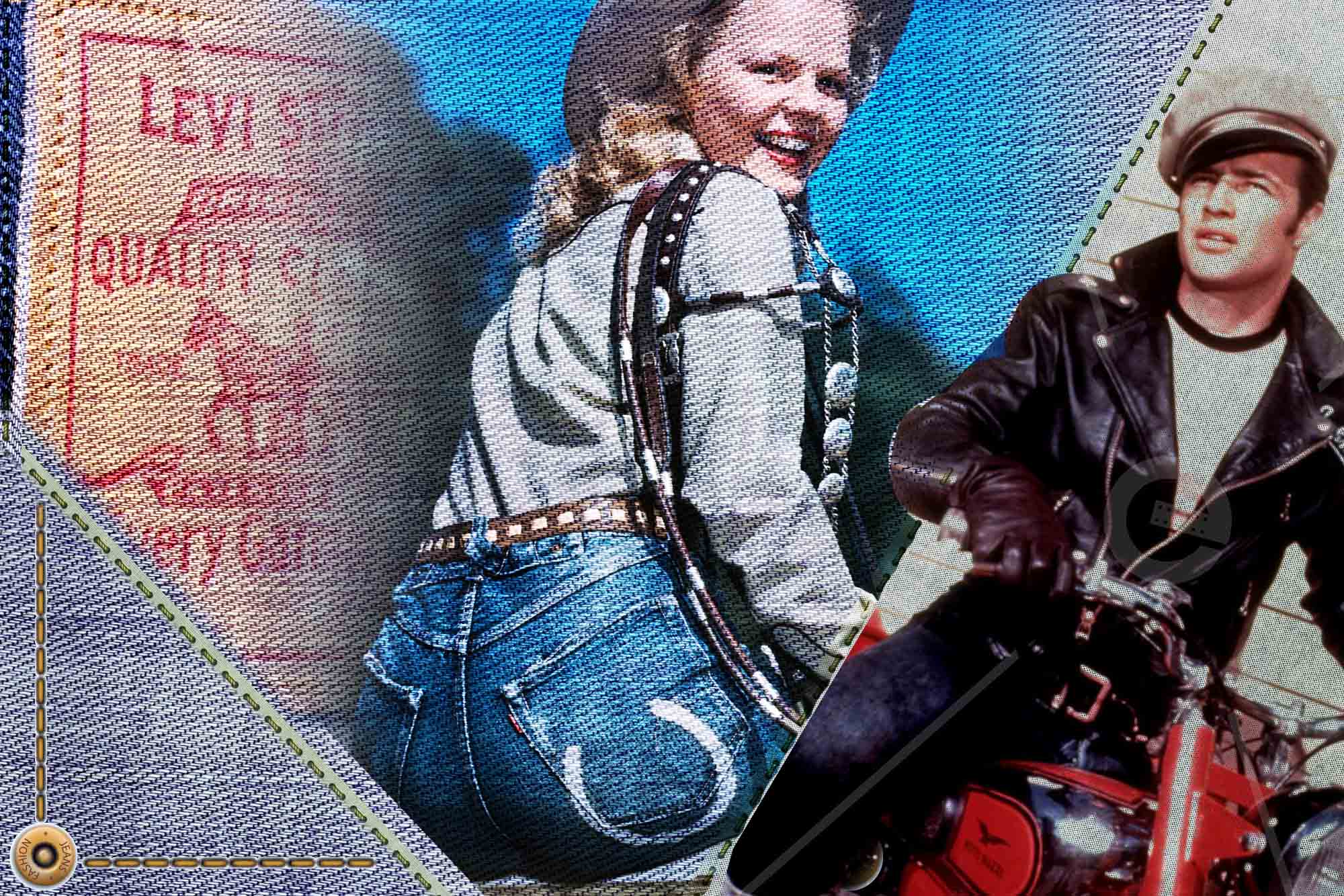 Long before skinny jeans caused a style standoff between millennials and Gen Z, denim was controversial.

A new documentary, “Riveted: The History of Jeans” (out Monday, Feb. 7, on PBS), unfolds the untold story of America’s most iconic and ubiquitous garment. It follows denim from the slave-tilled fields of a profitable South Carolina plantation to the muddy pits of New York’s Woodstock, where hippies wore patchwork jeans — and inspired a generation of fashion designers.

For the film’s co-writers and directors, Anna Lee Strachan and Michael Bicks, “Riveted” was an opportunity to unzip some of the myths about jeans — such as the idea that they were originally worn by strapping, chivalrous cowboys — and reveal the surprisingly complex story of what’s now an over $60 billion global industry.

“It’s always Marlon Brando and cowboys and Levi Strauss,” Strachan told The Post of denim’s oft-repeated lore. “But once you start unraveling the cloth and following the thread, you find all kinds of stuff . . . What other things haven’t been part of this traditional denim narrative that gets told?”

Below, fascinating — and sometimes gritty — details from the long history of the fabled fabric.

In the antebellum South, denim was called ‘Negro cloth’

Cowboys get the credit for being the first group to wear jeans, but enslaved people wore denim well before that.Library of Congress

Bicks and Strachan told The Post that cowboys often get credit for being the first Americans to sport dungarees, but that’s not actually true. Instead, slaves wore jeans and overalls, made from denim “Negro cloth,” because the heavy-duty cotton weave could stand up to forced labor. Denim’s traditional blue color came from indigo — a temperamental tropical plant native to the Caribbean and West Africa — which the enslaved men and women, who came from these regions, taught plantation owners how to grow. “The South needed something to add to crop rotation [alongside cotton, tobacco and rice],” denim expert Evan Morrison says in the film. “Adding indigo into your crop rotation was a way to add additional profit.”

Denim as a fabric was strong, but the seams were still vulnerable to tears. Enter Jacob Davis — a crucial character in the history of jeans who is nonetheless unknown to all but the most committed denimphiles. Davis was a tailor working in Reno, Nevada, in the 1870s when a woman came into his shop, complaining that her chubby husband’s pants kept splitting. “Jacob Davis goes, ‘Hmm. I see that those rivets over there, they’re useful to repair saddles,’ ” Bicks told The Post. “ ‘If I use those, maybe they’ll make my pants stronger.’ ” After Davis figured out how to reinforce the stitching on denim with rivets, business “exploded,” said Bicks. But he was unable to keep up with demand, so he reached out to Levi Strauss, his San Francisco-based dry goods supplier, with an idea. The pair patented the metal reinforcements in 1873, and Strauss’ legendary blue jeans operation was born.

Until the 1930s, a rich white woman would never wear jeans. But that changed during the Great Depression, when struggling farmers opened up their properties to snappy tourists under the mantle of exotic dude ranches. “These wealthy people from Connecticut or Rhode Island would go out, sometimes for weeks or months at a time, and in order to enjoy themselves and play this role of cowboy, they had to dress the part,” Strachan said. “And you had these [equivalent to] pop-up shops, Levi’s and other brands at the time, they were selling menswear for women to wear to do these chores for fun.” When the conquering agro-tourists returned home, their jeans became “souvenirs” that they showed off to their friends, Strachan said. Slowly, humble denim workwear became a full-blown fashion trend among Northeastern gals.

Marlon Brando’s juvenile delinquent character in “The Wild One” contributed to the impression that jeans were for outlaws.

In the 1950s, teenagers wore denim — but so did bikers and outlaws. Brando’s juvenile delinquent character in 1953’s “The Wild One” strutted across the screen in a uniform consisting of a leather motorcycle jacket and cuffed blue jeans, only fueling growing suspicions that denim pants went along with an outré lifestyle. In response, schools and concerned parents started banning jeans. That’s when denim sellers got together to brainstorm ways to protect their product’s reputation. The result? They launched a national advertising campaign to clean up denim’s image. “They start going back to the myths of denim. Christopher Columbus, cowboys, stuff like that,” Bicks said. In the early 1960s, the denim council even aligned itself with President John F. Kennedy’s newly founded international volunteer program. “They actually outfitted the Peace Corps as an attempt to resurrect their image,” Bicks said.

Zendaya defends ‘Euphoria’ after D.A.R.E. slams show
Bruce Willis & Jared Leto get shamed
We use cookies on our website to give you the most relevant experience by remembering your preferences and repeat visits. By clicking “Accept All”, you consent to the use of ALL the cookies. However, you may visit "Cookie Settings" to provide a controlled consent.
Cookie SettingsAccept All
Manage consent