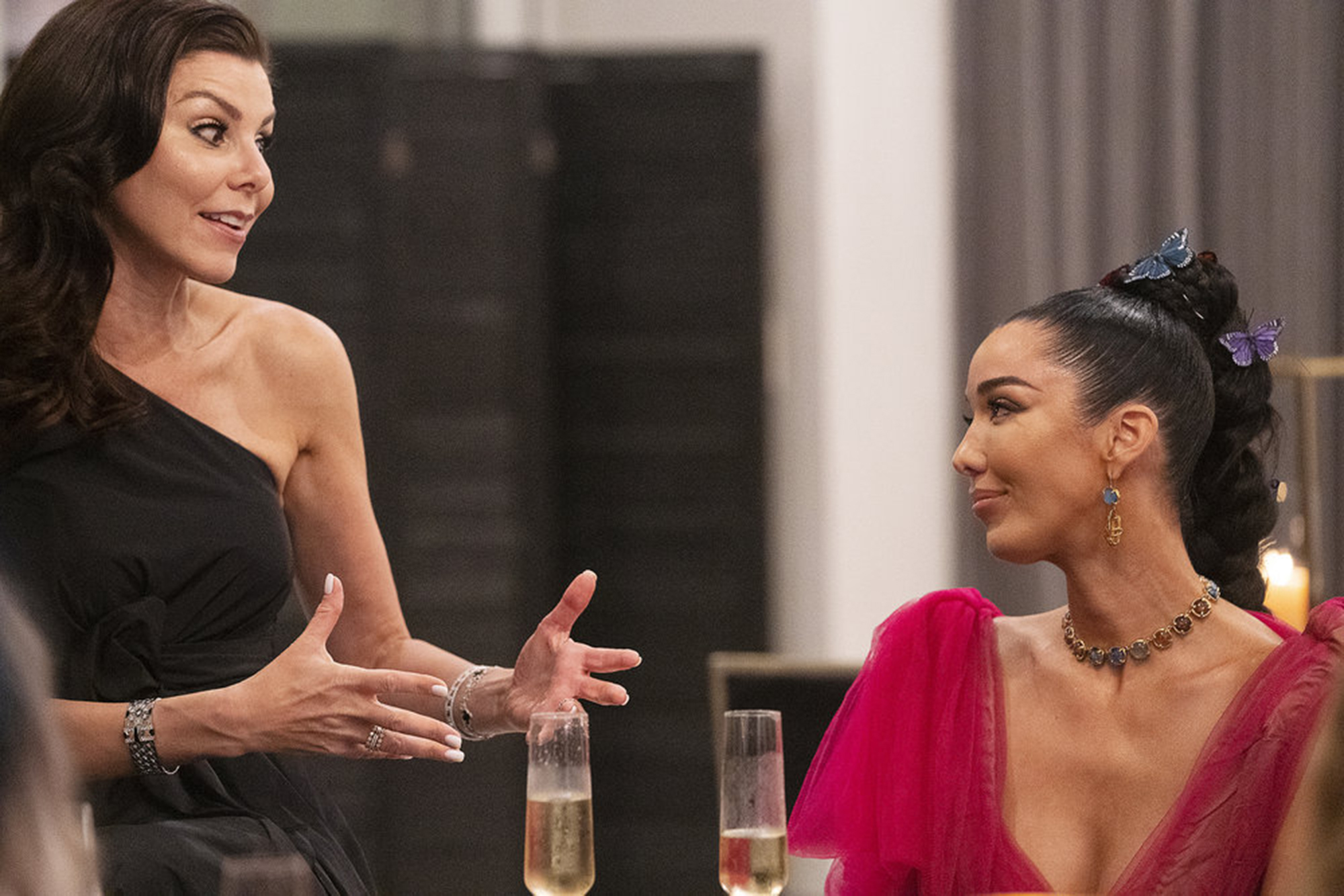 When Noella Bergener joined “The Real Housewives of Orange County” for Season 16, she never anticipated going toe to toe with OG star Heather Dubrow, who returned to the reality show after a five-year hiatus.

“The only person I never had that deeper level of connection with was Heather,” Bergener, 36, tells Page Six in an exclusive interview.

“I get that she perceives me as a threat and wants to keep me at arm’s length because I’m being honest.”

The Bravo rookie — who made history as the first black and openly bisexual woman to star on “RHOC” — has butted heads with Dubrow, 53, over the course of several episodes.

Dubrow previously alleged that Bergener gave her daughter Max “pornography” — which turned out to be a Pride-themed card game to celebrate the release of the 17-year-old’s LGBTQIA+ memoir,  “I’ll Give It to You Straightish.”

“If I knew what was in it, I would not have given it as a gift to anybody,” says Bergener, who says she was unaware of the card deck’s sexually explicit content that she agreed was “insanely inappropriate.”

“I literally went on Amazon and put in ‘LGBTQ+ gifts for teenagers’ and if it’s bisexual-friendly, even better. I just bought the first five things and put it in a nice little rainbow bag with rainbow tissue paper. Obviously, the thought was there. Obviously, I meant no malice.”

Though Bergener explained this much to Dubrow on the Feb. 3 episode of “Orange County,” their acrimonious relationship didn’t seem to improve.

The Playland founder chalked up Dubrow’s abhorrence over the otherwise innocent gesture to “straight fragility” — an assertion that the former soap actress vehemently rejected as she is the parent of several kids who identify as LGBTQIA+.

“Me going out of my way as a bi woman to give a bi girl [Max] — who celebrates her sexuality in a very beautiful way, as do I — I didn’t think that that could ever be twisted into something that’s pretty disgusting and pretty gross and pretty dark,” Bergener explains.

“Leave it to Heather to make this magnificent moment of celebration and turn it into something that just makes my skin crawl.”

Incidentally, Bergener said that she signed her Bravo contract thinking she and Dubrow would become close pals once cameras went up.

“As somebody who’s watched the show, I always thought that she was phenomenal. I had no clue that we’d be bumping heads. That was nothing I wanted. I was very happy to just be in her presence,” the model says, adding that she was ultimately turned off by a persona that she felt was inauthentic.

Bergener is the first openly bisexual and black woman to star on “RHOC.”GC Images

“When I found out that [Heather] was putting on a facade and I went deeper, it was like, ‘Oh s—t.’ [It was a] never-meet-your-heroes kind of thing.”

Still, Bergener is open to one day repairing her fractured friendship with Dubrow.

“I’m hopeful. I think that everyone’s capable of change and growth,” she says. “That’s what we’re here on this planet to do and I will never say never. I’ve forgiven far worse. So, yeah, if she’s game, then I’m game. But it’s hard because so much has happened and honestly, I do feel like the injured party in it.”

In the meantime, the single mom of two is relishing in her friendships with the rest of the cast — including Gina Kirschenheiter, Shannon Beador, Emily Simpson and Dr. Jen Armstrong — who have “really shown up” for her in different ways as she navigates her messy divorce from husband James Bergener in the public eye.

“I’m eternally grateful for that,” she tells us.

Nick Cannon apologizes for ‘pain or confusion’ of 8th baby
Jennifer Aydin is glad she ‘stayed and forgave’ husband Bill after affair
We use cookies on our website to give you the most relevant experience by remembering your preferences and repeat visits. By clicking “Accept All”, you consent to the use of ALL the cookies. However, you may visit "Cookie Settings" to provide a controlled consent.
Cookie SettingsAccept All
Manage consent