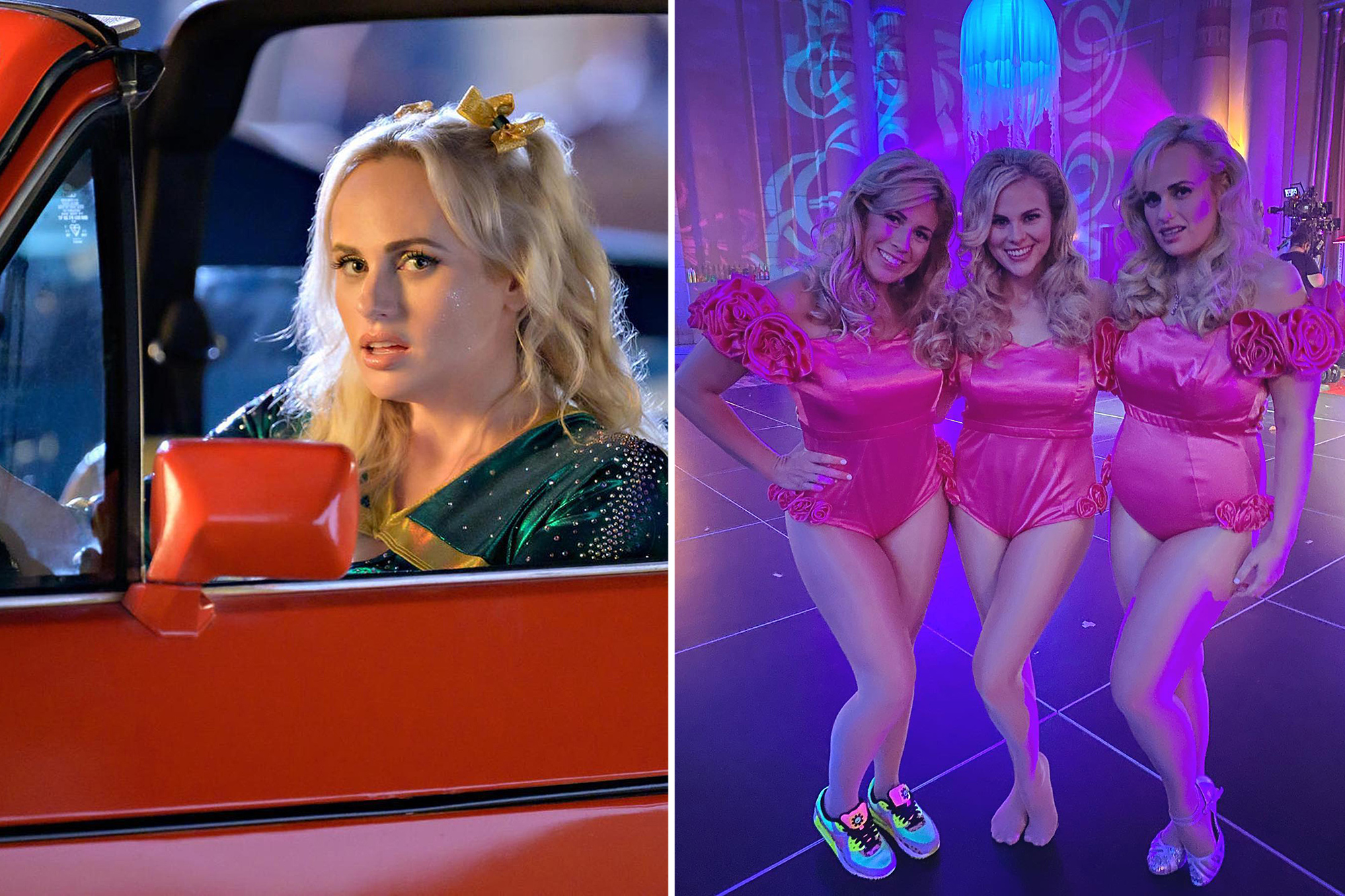 Rebel Wilson is heading back to the early aughts in her new Netflix comedy flick “Senior Year.”

Full of 2000s nostalgia, the film stars 41-year-old Wilson as a high school cheerleader named Stephanie Conway who falls off a pyramid and into a 20-year-coma. She then wakes up as a 37-year-old woman, ready to return to high school, regain her status and claim the prom queen crown that eluded her.

The Aussie actress said in a statement, “‘Senior Year’ is like the wildly funny love child of ‘Bring It On’ and ‘Never Been Kissed.’ It will literally bring ‘cheer’ into your homes! I can’t wait for everyone to see ‘Senior Year’ on Netflix this May 13.”

Wilson shared the first-look image on her Instagram, writing in the caption, “Got my butterfly clips and glitter, and I’m ready to head back to 2002!” She’s also a producer on the project.

In her post, she also shared a quick snippet of herself rocking a green and yellow cheerleading uniform.

Wilson stars as Stephanie Conway, a woman who goes back to high school after waking up from a 20-year coma.Boris Martin/NETFLIX

Last August, the “Bridesmaids” star channeled Britney Spears when she rocked the pop star’s iconic look from her “(You Drive Me) Crazy” music video. The photos posted on her social media were, in fact, part of a behind-the-scenes look for “Senior Year.”

In another post, Wilson and co-star Rice sported matching pink blouses and light-wash jeans as they celebrated wrapping up filming. “Happy Wrap @angourierice 💕 I love being your “senior”. Ps if you haven’t seen Angourie in ‘Mare of Easttown’ check her out on HBO #SeniorYear,” Wilson wrote.

Last June, she shared a snap of herself and her two stunt doubles posing in fancy pink leotards during a scene. “Double trouble (or should I say Triple threats?) ! @bamastunts & @brookebowe crushing it as per usual! #SeniorYear,” Wilson penned.

Wilson will next be seen hosting the 2022 BAFTAs next month. ‘“I am very honored to be hosting the EE British Academy Film Awards in March, where COVID will no longer exist because it will clearly have been canceled by then. It’s going to be so much fun!” she joked on Instagram in January.

“I don’t wanna put any pressure on this — I know I’m not going to be funny because I am no longer fat,” the “Pitch Perfect” star added. “And besides, I’m not going to ‘sweat-it’ with nerves because I have a peculiar medical condition where I can’t sweat…or cause offense to people because of my adorable Australian accent.”

Wilson then quipped, “So basically I’ll just be there to hang out with Dame Judi Dench and together we’ll both try and bond with Daniel Craig. And yes, I do mean ‘bond’.”

The BAFTAs celebrate the year’s best in British and international film and will be broadcasted on March 13 from London’s Royal Albert Hall.

“Senior Year” hits Netflix on May 13.

Ammika Harris’ Latest Look And Photos Have Fans In Awe
Michael Jackson Broadway show sanitizes his life
We use cookies on our website to give you the most relevant experience by remembering your preferences and repeat visits. By clicking “Accept All”, you consent to the use of ALL the cookies. However, you may visit "Cookie Settings" to provide a controlled consent.
Cookie SettingsAccept All
Manage consent