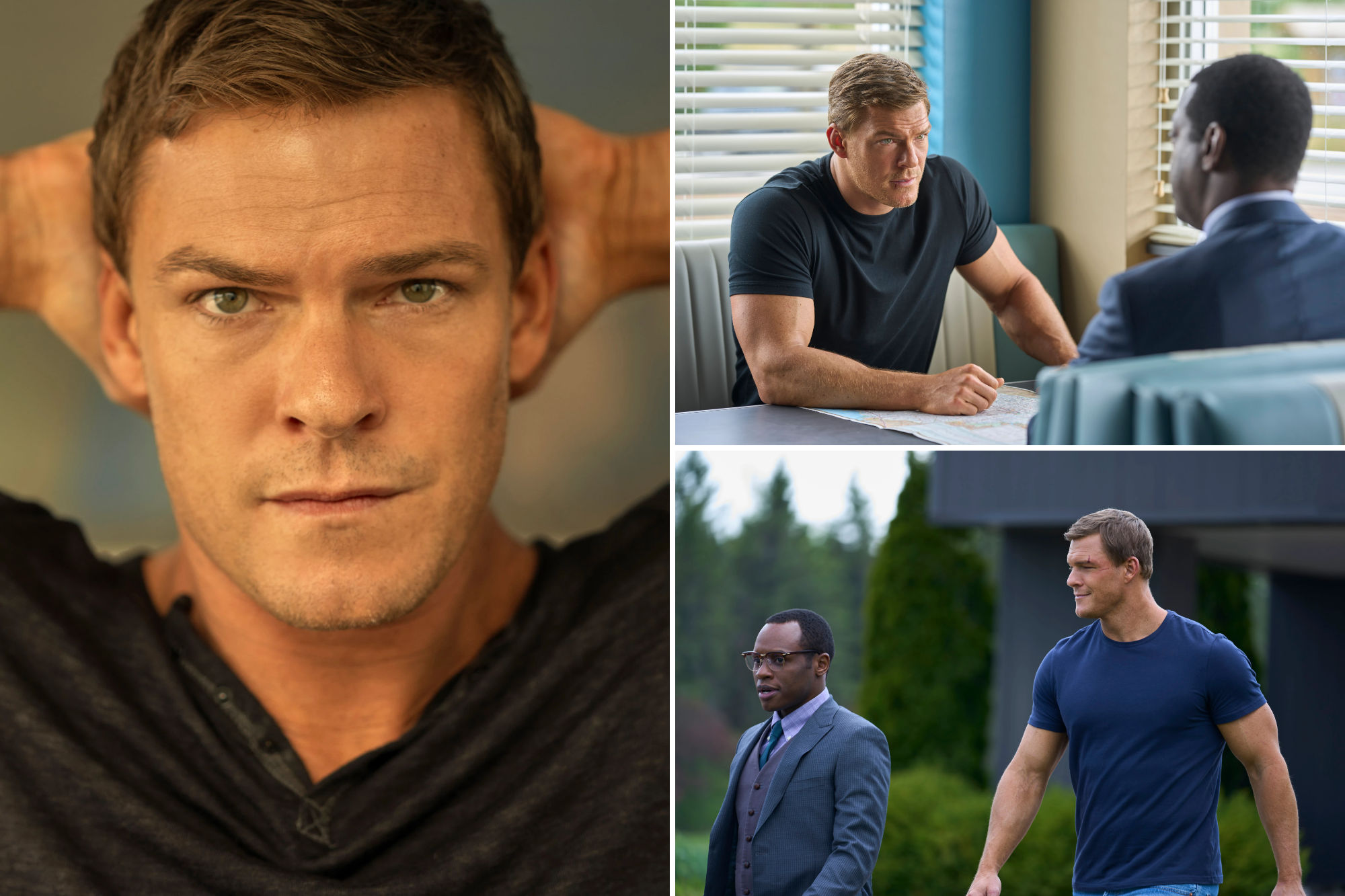 When he landed the role of Jack Reacher in Prime Video‘s new series, “Reacher,” it was the first time that 6’2 actor Alan Ritchson’s size came in handy.

“Most of the time, I try and stay available to whatever opportunities might come, and I don’t know what those are going to look like,” Ritchson, 39, told The Post.

“So I try to look as average as possible. I do a lot of running, and I don’t touch weights. I walk around at like 205 lbs., and maybe I can play a dad or a doctor or whatever. And then, this role finds me. For the first time, I get to open up and walk around at my comfortable weight. I put on 30 pounds for the role. I feel really good. This is my natural size, and it just feels nice to be able to be me.”

Premiering Friday (Feb. 4) on Amazon, “Reacher” is based on the drifter character from Lee Child’s bestselling thrillers. It follows Jack Reacher (who goes by “Reacher”), a veteran military police investigator who has recently turned to civilian life.

When he’s passing through the small Georgia town of Margrave, the hulking Reacher finds himself in a world of trouble when he’s falsely accused of murder. The resulting investigation in which he’s entangled soon takes a personal turn — with an unexpected connection to his past.

Child’s Jack Reacher novels have 25 volumes to date and have also been adapted into movies with famously petite Tom Cruise in the title role.

“I started reading the books when I got in the mix and it seemed like I had a good shot,” said Ritchson, is also known for playing Aquaman on “Smallville” and appearing in movies such as “The Hunger Games” and “Teenage Mutant Ninja Turtles.”

“I fell in love,” he said. “I was like, ‘If I’m not a part of this, I’m going to be very upset.’ I’m as big a fan as anybody, I’ve read all of Lee’s short stories [and] there’s nothing I haven’t read and enjoyed. I very passionately care about this franchise. It’s just an amazing beloved character. It’s an honor to bring him to life.”

Ritchson said he found a lot of common ground with his character.

“Of course there’s the physicality. We’re both about the same size. That gives you a certain kind of confidence when you walk around and I think we share that. He’s a bit of a smart-ass, and I have been known to say offensive things that I regret. So, I might be a wiseass, but I care and I feel bad when I am. He doesn’t – and that’s a lot of fun, too. His brutal honesty is one of the ways that we’re dissimilar, but I love his sense of humor.”

Although Ritchson had an entire series of books to work with, he also dug into his personal life to play the character — since his father was in the Air Force.

“My dad is a military vet, and the presence and power and discipline that the military demanded of him is in his body. He doesn’t try to lead. He just is a leader,” he said. “He doesn’t try to be formal. He just carries himself in a confident, reassuring way. He shakes your hand with a firm grip, and he means every move he makes. Everything’s done with purpose. It’s cool to bear witness to that. I brought a lot of that into Reacher. So I think [my dad] inspired it more than he probably knows.”

However, Ritchson said he stayed away from the Tom Cruise movies that came out in 2012 and 2016.

“I love Tom Cruise. I’ve seen all his other movies. He’s an icon, a living legend. There’s nobody like him,” he said. “But this was one [project] where I would take on some of his mannerism [if I had watched it]. So, whatever he’s doing, I wanted to leave that for him. I wanted to take a stab at making Reacher my own.

“That’s out of respect for the fans that love the books and want to see an authentic Reacher, and this was my shot.”