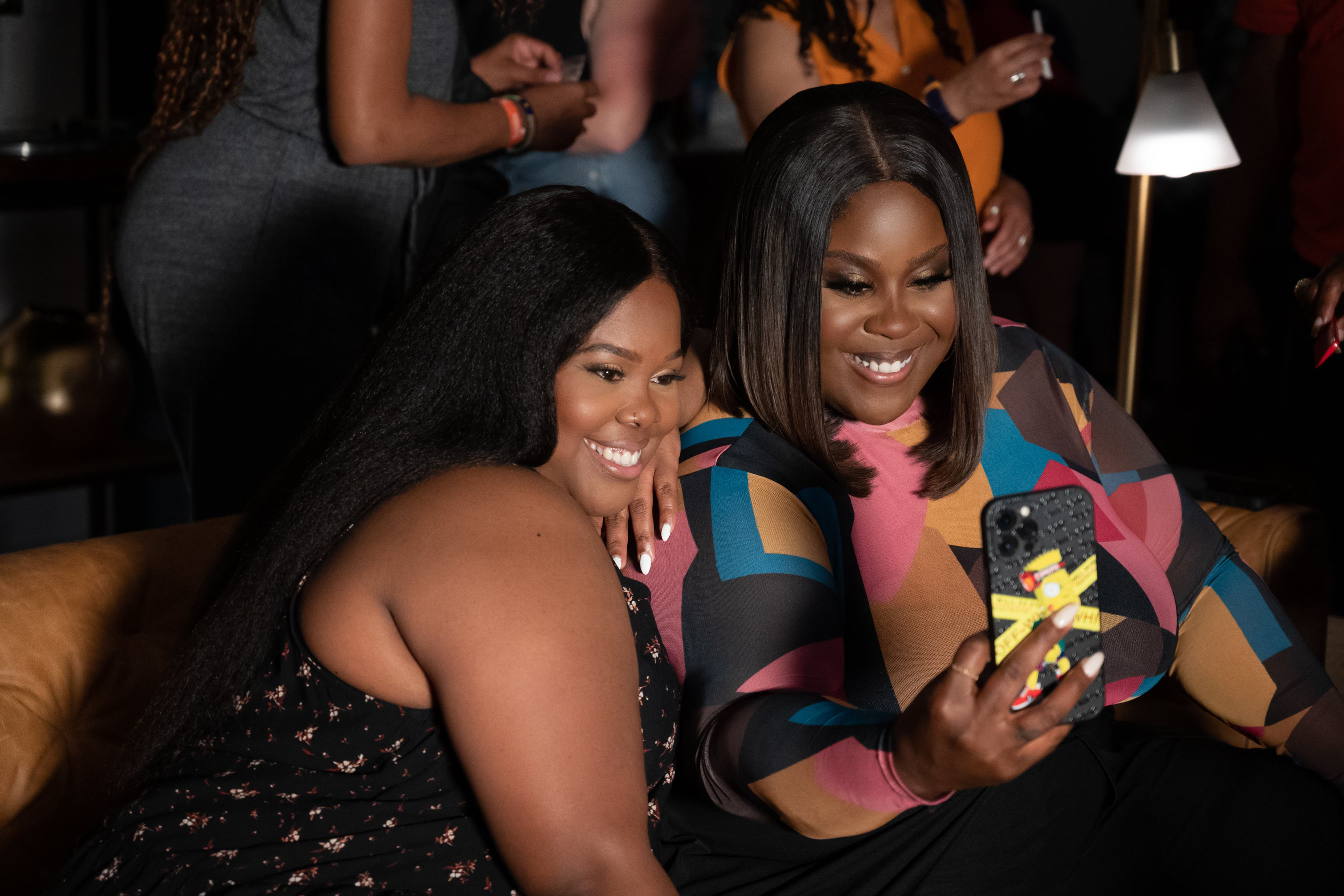 Raven Goodwin and Amber Riley both made names for themselves while maneuvering through the obstacles of Hollywood.

So it’s easy for them to relate to the characters they play in the upcoming Lifetime movie, “Single Black Female,” airing Feb. 5 at 8 p.m.

In the movie, a twist on the 1992 thriller “Single White Female” (starring Jennifer Jason Leigh and Bridget Fonda), Goodwin stars as Monica who, following the death of her father and a nasty breakup, tries to land a job hosting an afternoon talk show.

She hires a new assistant, Simone (Riley), and they become close friends. But after Simone moves in next door and immerses herself in Monica’s life, her creepy side starts to emerge — with tragic consequences and a revelation of her deep, dark secret. K. Michelle and Janet Hubert co-star.

Goodwin, 29, who co-starred on BET’s “Being Mary Jane,” said she has always tried to audition for roles that stretched her boundaries.

“I have read for parts that were literally for a caucasian [actress] and have … nothing to do with me being a big black girl. None of that,” she said. “I always think that maybe I can change people’s minds and completely change the character. I think it’s all about a feeling, about connecting … with the dialogue and building the character’s life beyond the page.

“Once you do that, the sky’s the limit.”

Monica and Simone share a laugh (for now) in “Single Black Female.”

Riley, 35, who played Mercedes Jones on the Fox series “Glee,” said she shares similar sentiments, particularly as it applies to the music industry.

“I was signed to a record label and my biggest qualm with them was they had an idea of who I was, and what my voice was, even after I got on ‘Glee,’ on which I was typecast,” she said. “There were some scenes where I got to break out of that, which is really dope, but I was never a belter, the person that sang loud and hollered. I was a classically trained singer.

“But because I was a fat black girl it was like, ‘Oh, no this is who you have to be.’ And I fought against that.”

Riley recently made it clear that she does not want to be called “Mercedes” on Twitter after someone repeatedly called her by her character’s name on “Glee.”

“I despise when ppl call me Mercedes. Put some respect on my name. Call me AMBER or RILEY,” she tweeted on Jan. 15.

“I did a song with R&B singer Eric Bellinger years ago called ‘Never Be Lonely,’” she said. “I remember going on YouTube because I did a music video for [the song] and someone said, ‘Man her voice doesn’t match her face. I was wondering why the big girl was in the video but then I realized that was her voice.’

“I just thought that was so interesting and I said, ‘I’m going to continue to sing this way so that people will see me.’”

No Way Home’ swings back to top box-office spot
Kandi Burruss Addresses Celebrity Big Brother And Says She Has Two Friends On The Show
We use cookies on our website to give you the most relevant experience by remembering your preferences and repeat visits. By clicking “Accept All”, you consent to the use of ALL the cookies. However, you may visit "Cookie Settings" to provide a controlled consent.
Cookie SettingsAccept All
Manage consent