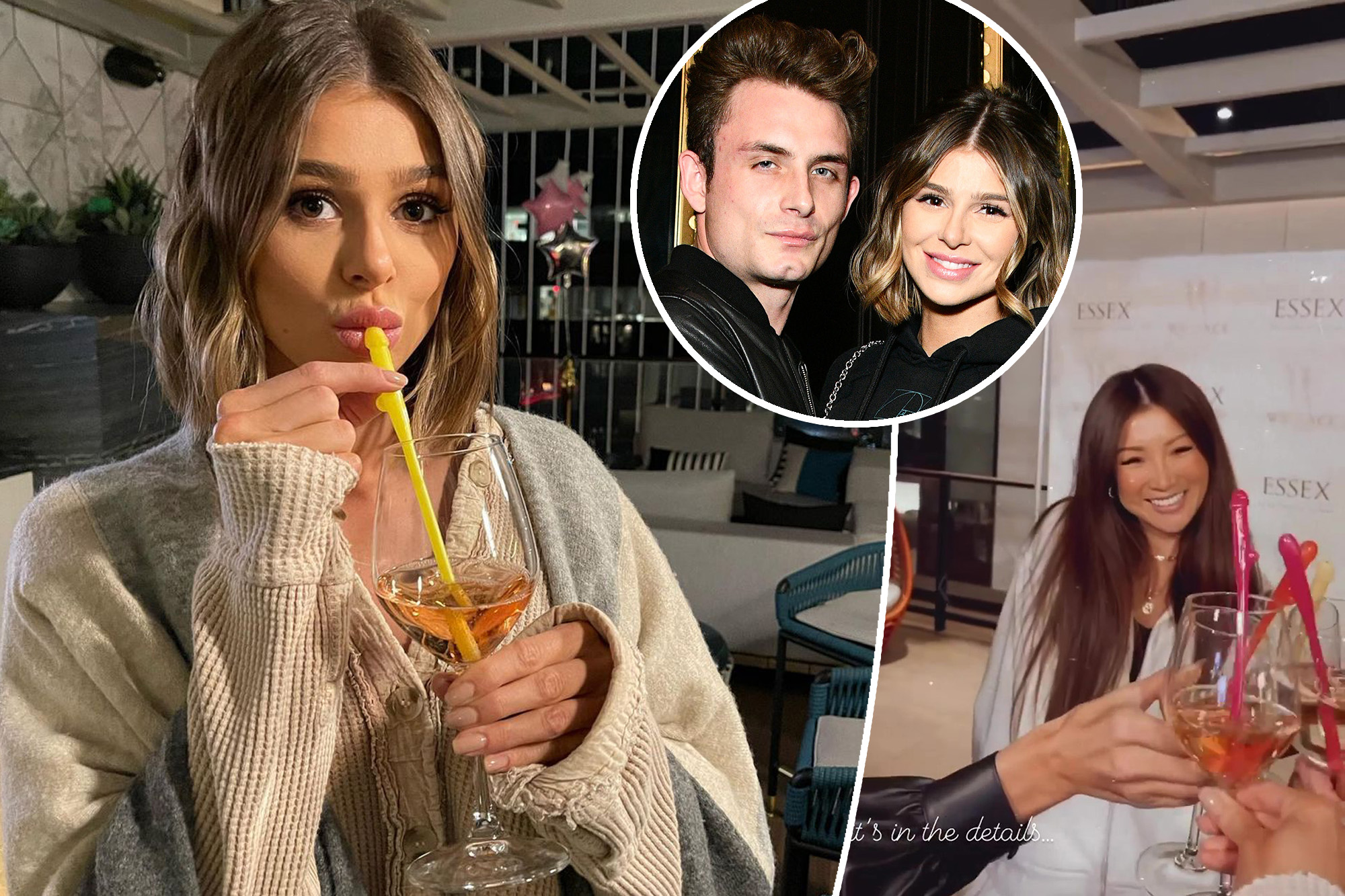 Raquel Leviss is celebrating her “un-engagement” from James Kennedy.

The “Vanderpump Rules” star, 27, hosted a reunion watch party on Tuesday night, gathering her close friends together to relive the moment she and Kennedy told their co-stars they were calling off their engagement.

Leviss posted multiple snaps from the party to her Instagram, which featured guests like co-star Ariana Madix sipping on cocktails with colorful bachelorette party-esque penis straws.

Leviss and her guests continued to celebrate as they tuned into the “Vanderpump Rules” reunion. Within the first few minutes of the special, Leviss and Kennedy announced they had broken up after five years together, which shocked all of their co-stars at the time.

“I’ve been having nightmares about our wedding day,” Leviss admitted.

The former couple further explained that they realized they weren’t each other’s “soulmates” and that they were no longer “in love” with each other.

Leviss and Kennedy called off their engagement after five years together.raquelleviss/Instagram

The two also confessed they weren’t having consistent sex ever since Kennedy sent Leviss “rage” texts over two summers ago. It all went down after Leviss fell asleep after a drunken night out and Kennedy flooded her with texts, calling her a “whore” and a “slut.”

They clarified they would “occasionally” get intimate once a month or so — when they felt close to each other — but that the sex hadn’t been the same since the text fiasco.

Leviss also returned her engagement ring to the DJ, with him thanking her for the “bitcoin.” They then publicly announced their split on Dec. 5, 2021.

“After these 5 wonderful years we had together, we decided we have two different goals and made the decision to call off the engagement,” they wrote in a joint statement shared to Instagram.

Shortly after the breakup, Leviss and Kennedy moved out of their joint space and into different apartments. Kennedy has appeared to both move out and move on — posting an Instagram Story of himself holding a mystery brunette woman’s hand on Monday.

The final part of the “Vanderpump Rules” reunion airs Wednesday, Jan. 26, at 9 p.m. ET on Bravo.