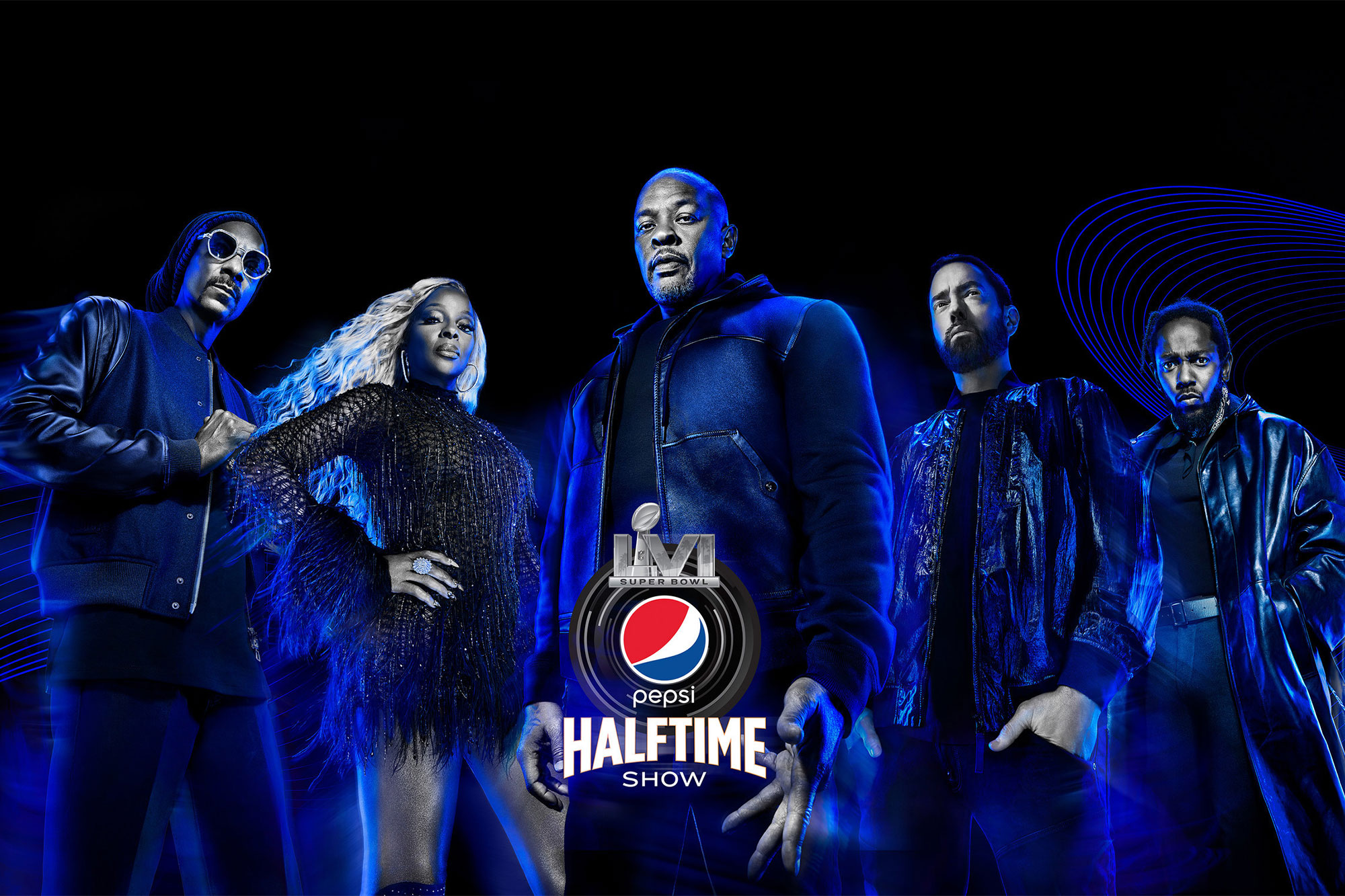 If the Justice League were full of hip-hop greats, it would be these legends.

But to tide viewers over for this spectacular lineup of rap superstars, Pepsi dropped a cinematic-style trailer for the show titled “The Call.”

“Straight Outta Compton” director F. Gary Gray collaborated with the five performers to create an epic teaser to get fans hyped for the football party. The trailer is scored by Grammy award-winning writer Adam Blackstone.

The clip features Dr. Dre, Snoop, Eminem, Blige and Lamar and their greatest hits. It’s inspired by their iconic music videos and showcases the impact that the Fab Five have had on pop culture over the last two decades.

“Now that we are just weeks away from the most anticipated Pepsi Super Bowl Halftime Show performance of all time, we’re bringing fans closer to the magic of what will certainly be a colossal moment in pop culture history,” Todd Kaplan, VP of Marketing at Pepsi said in a statement.

In the teaser, the scenes move between each of the musicians and their respective coasts. First, we see Eminem coming face-to-face with his rap persona, Slim Shady, mouthing the words to his hit single “Rap God” as well as Snoop driving in his car while jamming out to the song “The Next Episode.”

The next shot shows Blige getting her hair and makeup done while her infectious hit “Family Affair” plays in the background. Lamar then pops up on the screen, writing down lyrics for his next album. His song “Humble” can be heard.

Each musician then gets a call from Dr. Dre to unite at Los Angeles’ SoFi Stadium, where the football game will be taking place.

Dre then walks along the beach and a piano lays in the water. He finally meets up with his four friends and frequent collaborators on a plane tarmac. Tupac Shakur’s iconic single “California Love” plays as they join together.

The clip is dripping in rap history: “The Next Episode,” “California Love” and “Family Affair” were all produced and featured Dr. Dre. “Rap God” and “Humble” were churned out under the Beats entrepreneur’s label, Aftermath.

“Each time I collaborate with Dre, it seems to mark an important moment in entertainment history, from projects like ‘Friday,’ ‘Set It Off,’ ‘Straight Outta Compton,’ to now the Pepsi Super Bowl LVI Halftime Show,” Gray said.  “As a super fan, I consider it an honor and privilege to authentically build and create this moment with five of the most legendary artists in music history.”