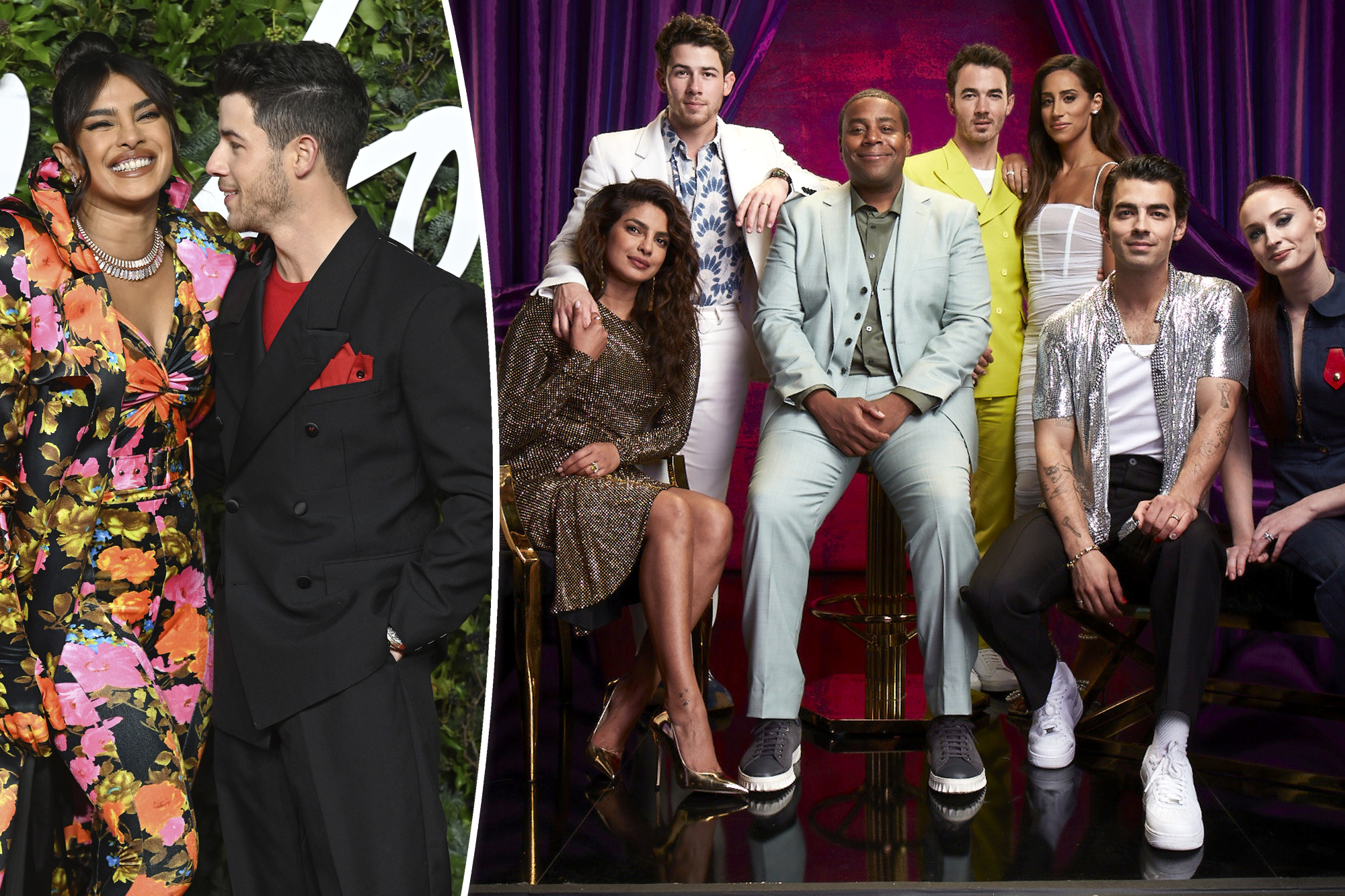 She almost spilled the baby beans.

Priyanka Chopra dropped a clue that she and Nick Jonas were expecting a baby months before their new bundle of joy arrived via surrogate.

The “White Tiger” actress, 39, nearly made the slip when she appeared in Netflix’s “Jonas Brothers Family Roast,” which premiered Nov. 23, to deliver a routine where she razzed her husband, 29, over their 10-year age gap.

“We are the only couple who doesn’t have kids yet, which is why I’m excited to make this announcement … Sorry babe,” Chopra began.

She took a long pause before adding, “Nick and I are expecting … to get drunk tonight and sleep in tomorrow.”

While viewers in the audience didn’t seem to suspect anything and laughed at her joke, cameras caught a shocked-looking Jonas on the sidelines, signaling that he may have thought for a moment that his wife was about to announce the baby news to the world.

She made the comment in Netflix’s “Jonas Brothers Family Roast.”GIZELLE HERNANDEZ/NETFLIX

Chopra and Jonas announced Friday that they had welcomed their first child.

“We are overjoyed to confirm that we have welcomed a baby via surrogate,” they said in a joint statement posted to their respective Instagram accounts. “We respectfully ask for privacy during this special time as we focus on our family. Thank you so much.”

Chopra and Jonas announced Friday that they welcomed a baby via surrogate.Getty Images for dcp

While they have yet to reveal their baby’s sex, TMZ reported it’s a girl who was born Jan. 15 in a Southern California hospital.

Chopra opened up about wanting to start a family with the “Sucker” singer during an interview with Vanity Fair published just days before.

“They’re a big part of our desire for the future,” the “Quantico” alum said about having kids, adding, “By God’s grace, when it happens, it happens.”

The new parents tied the knot in 2018.Instagram/ Priyanka Chopra

Chopra and Jonas married in December 2018 with a lavish three-day wedding in India. They got engaged earlier that year after just two months of dating.

Michael called me a ‘pig, cow and horse’
Javier Bardem dressed up as Bond girl for Daniel Craig
Comment