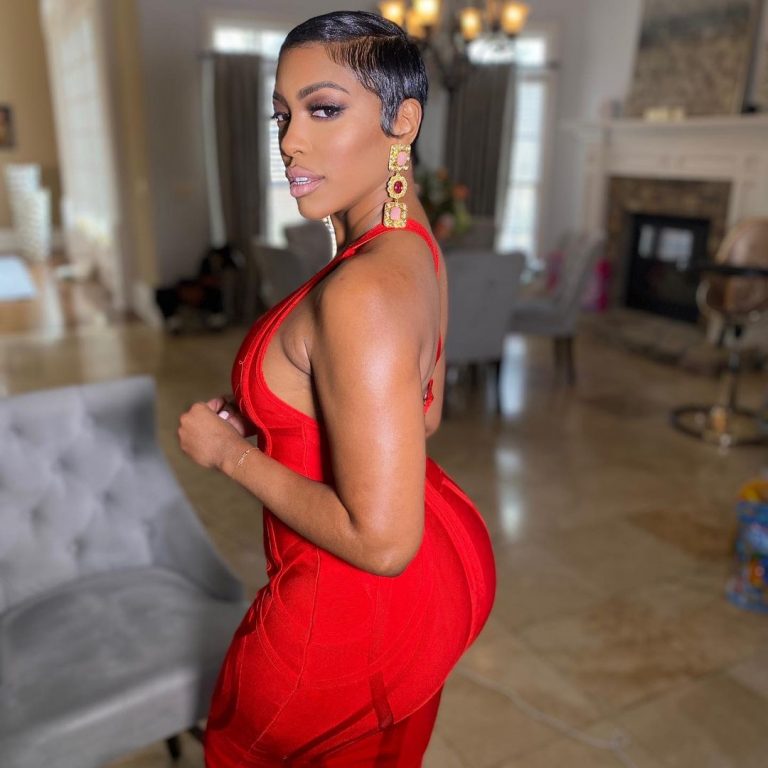 Porsha Williams just addressed a sensitive matter – it’s something that happened during her show. You can check out the post that The Shade Room shared below. The Shade Room posted this message: ‘Porsha breaks her silence about the physical altercation on the most recent episode of her show ‘Porsha’s Family Matters.’’

In a lengthy message, the reality star acknowledged, ‘I’ve learned in the past that physical violence is never okay, especially when a man is causing physical harm to women. That is something we are too desensitized to as a society,’ she wrote. She also addressed her daughter’s grandmother stating, ‘I take accountability for reacting strongly to what I was seeing and hearing. While I was not physical with Ms. Gina, I regret to arguing with an elder.’

Someone said: ‘I don’t like Porsha no more she give me kid vibes always wanna cry when she wrong.’ A commenter posted this message: ‘She lost me at ” especially when a man is causing physical harm to women” … Ma’am YOU need to take accountability for your part, that alone showed that you felt justified in what you did when in reality he didn’t put his hands on yall. Yall were jumping all on this man for protecting his Mama.’ One other follower said: ‘Seems she didn’t take that lesson from Nene about being smart enough to not get caught on camera.’ A fan posted this: ‘I don’t know how Simon doesn’t feel awkward about Porsha having her ex as the main part of the show. They keep saying they coming together for PJ but all they talk about is how he missed up their relationship. Doesn’t sound like co parenting to me. Sounds more like th y are using their child to be in each other’s circle.’ Someone said: ‘This whole show made me look at porsha different. Smh i hate it for her it’s horrible.’ Porsha Williams   shows fans how she pampers herself, and people are in awe. Check out the post that she shared on her social media account. ‘Every Friday should look this good Remember to PAMPER YOURSELF today  @pamperedbyporsha @pamperedbyporsha,’ she captioned her post.

The return of the prodigal king: Juan Carlos I visited his native Spain for the first time in two years after his exile