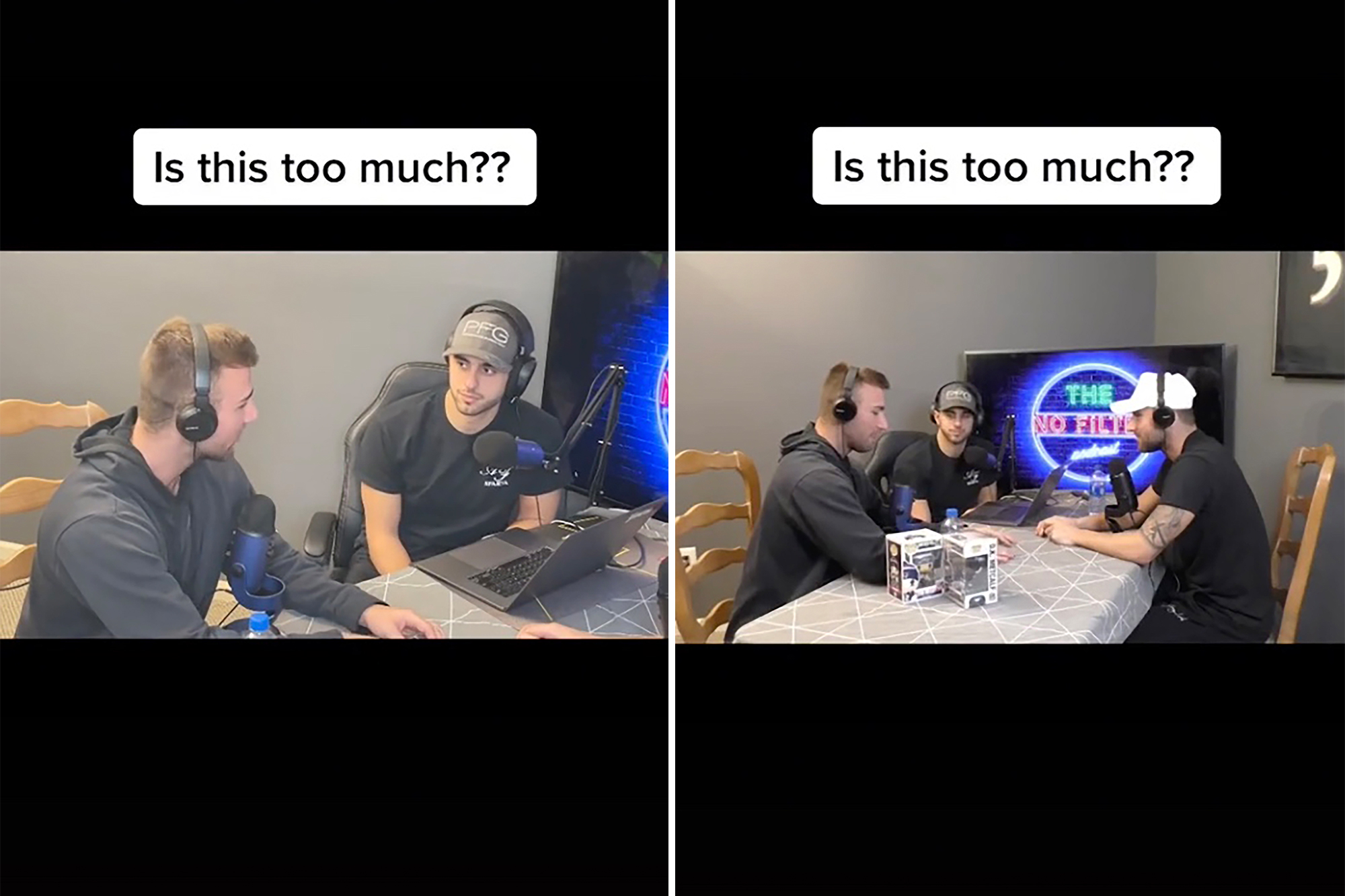 Clearly, these guys haven’t heard the news: “mom bods” are in.

The man-led “The No Filter Podcast” — created by Anthony Casasanta, Nick Casasanta and their buddy Jason Girratano — sparked controversy online over comments made about women’s post-partum bodies.

In a viral TikTok clip of the exchange — titled “Is this too much?” — that has amassed 2 million views, Anthony put his future wife on blast.

“If my wife lets herself go after I have kids with her, I’m going to tell her, once: ‘If you don’t get your s–t together,’” host Anthony said.

“I still want to be sexually attracted to my wife, to my spouse,” he continued, as the co-hosts piped up in agreement. “Girlfriend, too. If you can’t do that, I’m out.”

The comments garnered some bad press, as the young podcast was just launched earlier this month.

The podcast’s TikTok account invites visitors to “Enjoy the controversy!” Their own video — captioned “Goes for the man too! Stay on point!” — doesn’t currently allow comments, but it didn’t stop baffled viewers from making response videos.

Out of the now 80 response videos, many of which featured outraged women calling the host a “moron” or saying it’s “red flag” behavior, a few attracted viral attention.

Chance Terry, known on TikTok as @chancejterry, crafted his own response as he sipped coffee nonchalantly in his bathroom mirror.

“It’s way too f–king early for this s–t,” he began the video. “I don’t know why the algorithm sent you my way but here we go.

“Wake the f–k up, man,” Terry ranted. “Nobody else is living their life specifically for your wants and needs. Like, do the s–t that makes you happy, but don’t impose your unrealistic expectations and regulations on someone else’s life.

“That’s called manipulation. That’s called control. And forgive the living f–k out of me, but this just screams, ‘I don’t have an emotionally intimate bone in my body,’” he concluded his video, which has more than 1 million views.

Terry’s response received more than 12,000 comments, many of which applauded his retort.

“The good men of TikTok are speaking,” praised one user.

“You sir, are a real man. Take notes boys,” commented another fan.

“The fact that dad bods are a thing while women are expected to stay fit and thin after multiple pregnancies… says all you need to know,” wrote someone else.

The inflammatory comments made by the podcast hosts also were noticed by other TikTok users, namely Daniel Seong, known as @seonglife.

“How dare you make them feel bad for having your child?” he said in the clip, which has topped 118,000 likes. “Postpartum is a real thing… and they don’t need you to shove that down their throat. Honor your spouse. Love your spouse. Unconditionally.”

But in response to the outrage, the anti-mom-bod podcasts hosts — who describe their show as the “most blunt podcast in the world” — told Australia’s news.com.au that their opinions were “taken out of context” by detractors.

“We just don’t want our wives to be obese. We feel as if society promotes obesity which is a very unhealthy and uncomfortable way of living,” they said in a statement.

“We promote healthy lifestyles here at NoFilterPod. It’s also not only about weight gain after childbirth, it’s also about mental health as well as the physical health. We feel like it’s very important to hold spouses both men and women to a high standard.”

They also further clarified to the Independent that they “expected the comments to be negative” but also “were talking years down the line after childbirth.”