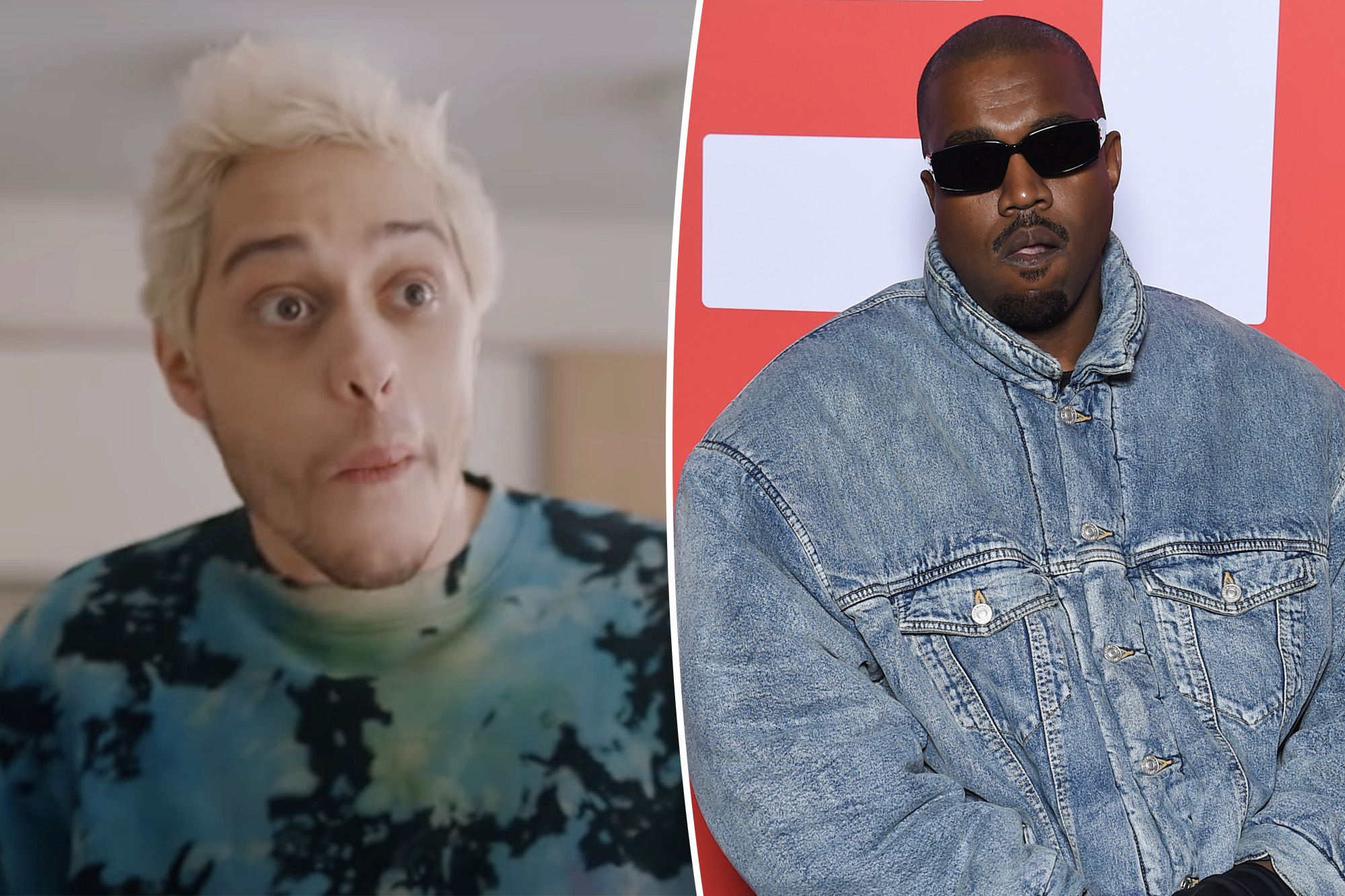 He turned a punch into a punchline.

Pete Davidson proved once again he can laugh at himself in a Super Bowl ad for Hellmann’s mayonnaise released on Monday.

The “Saturday Night Live” star, 28, appears to poke fun at Kanye West’s recent threats to “beat” him by joking that he is “very hittable.”

The former athlete slams into different people, including a grandmother, who are getting rid of leftover food.

When Mayo, 35, arrives at Davidson’s house, the “King of Staten Island” star stands beside his real-life mom Amy Davidson and says, “Woah, woah, woah! Mom’s already tackling food waste, Mayo,” before the athlete has a chance to tackle her.

“Oh, he’s a big guy!” Davidson adds as Mayo returns to tackle him instead.

“Sorry man, had to,” the New England Patriots linebackers coach then says.

“I get it. I’m very hittable,” Davidson responds from the ground with a grunt.

Although West, 44, is not mentioned in the ad, less than a month ago the billionaire musician made headlines for rapping in his new collaboration with The Game called “Eazy,” “God saved me from that crash/ just so I can beat Pete Davidson’s ass.”

The Yeezy CEO appears to be bothered with Davidson since he is dating Kim Kardashian, who was recently married to West and shares four kids with him.

West and Kardashian wed in 2014. The reality star filed for divorce in February 2021.WireImage

However, sources recently told Page Six that Davidson is just laughing off the empty lyrical threats and thinks they are “hilarious.”

“Pete thinks it’s totally hilarious,” an insider previously said. “Not just that — he thinks the whole [tabloid drama with him, West and Kardashian] is hilarious. He loves it.”

Kim Kardashian and Pete Davidson are not letting Kanye West’s “one-sided” war get in the way of their happiness.MEGA Agency / BACKGRID

Davidson and Kardashian, 41, have been dating since October — shortly after the Skims founder hosted “SNL.”

Although West appears to have moved on himself with “Uncut Gems” actress Julia Fox, over the weekend the “Heartless” rapper went on an Instagram rant blasting Kardashian over some of their co-parenting issues.

The “Keeping Up With the Kardashians” alum responded to one of his posts, “Divorce is difficult enough on our children and Kanye’s obsession with trying to control and manipulate our situation so negatively and publicly is only causing further pain for all.”