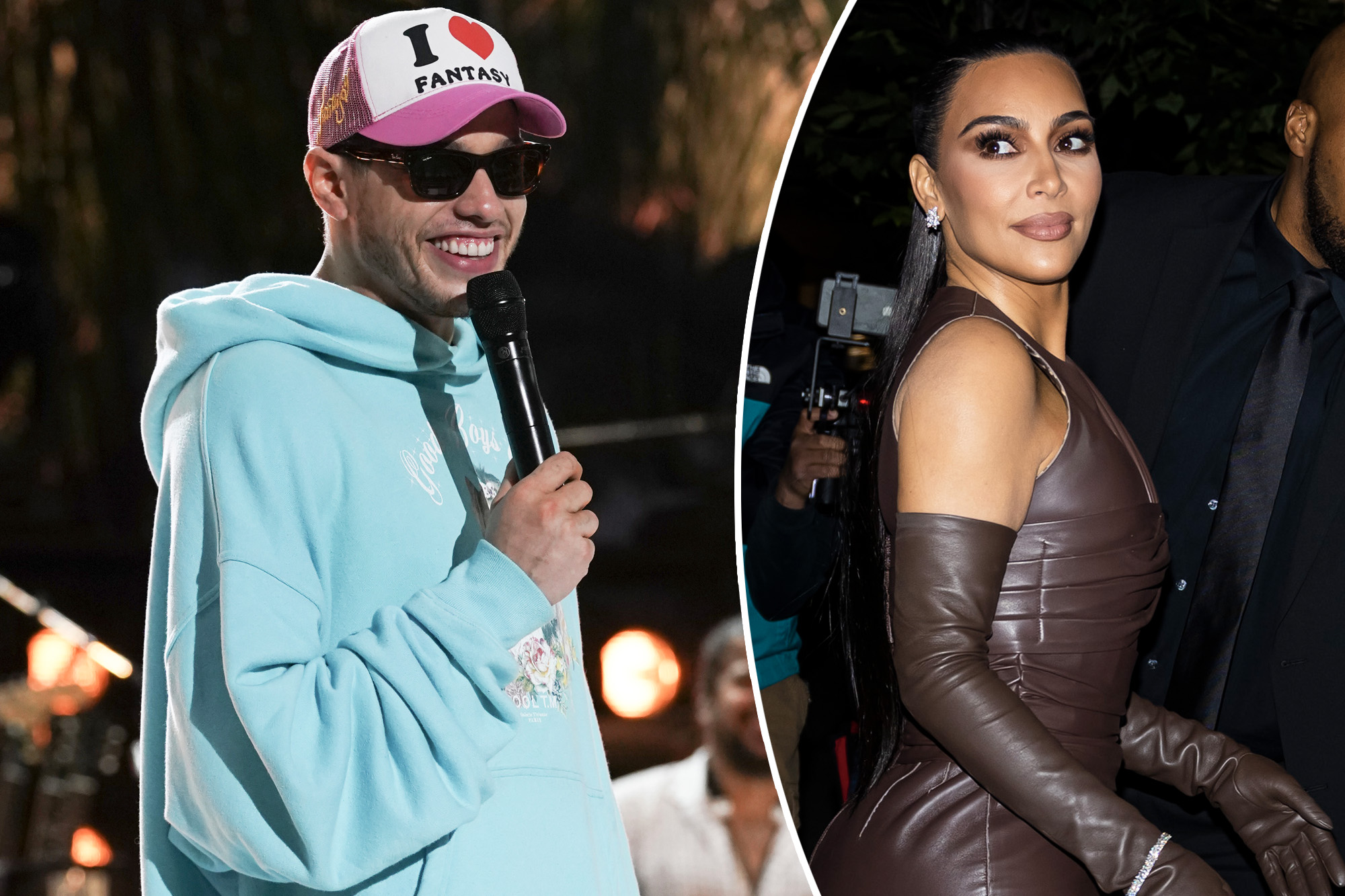 Pete Davidson publicly referred to Kim Kardashian as his “girlfriend” for the first time on Monday.

When asked if his heightened fame had led to a more “fun” lifestyle, Davidson simply responded that most of his days consist of him “showing up to a set” or hanging with friends or his “girlfriend.”

“Or, if I’m off, I just either hang with my friends or chill with my girlfriend inside. So I don’t do much,” Davidson told People, referring to Kardashian.

Davidson’s namedrop marks the first time that he or Kardashian have publicly addressed the status of their relationship.

The Skims founder, 41, and the “Saturday Night Live” star, 28, sparked romance rumors after Kardashian hosted “SNL” and even shared an on-screen kiss in October. A few weeks later, the two went public and held hands.

Since then, the lovebirds have made the most of their romance. They have traveled to the Bahamas, had a pajama party with Kardashian and her mom Kris Jenner, and most recently had an escape room date with Kardashian’s sister Khloé Kardashian.

Davidson and Kardashian have been hanging out since she appeared on “SNL” with the comedian.Instagram

“[Khloé] loves Pete and is so happy to see how happy he makes her sister,” a source exclusively told Page Six.

A separate insider close to the family added that Khloé “loves” the two together and that she and Davidson “get along great.”

“She is so happy to see how happy he makes her sister,” the second insider reiterated. “We hear their closest friends and family approve on both sides.”

Khloé wasn’t the only Kardashian family member to gush about the romance.

A source told E! News in December that the Kardashian-Jenner matriarch is “already obsessed” with the comedian.

“The whole family is a fan of Pete’s and would love to spend a holiday with him,” the source added.

Kim filed for divorce from Kanye West in February 2021, but it has not been finalized. She and the West — who is now dating actress Julia Fox while publicly feuding with Kim on social media — share kids North, 8, Saint, 6, Chicago, 4, and Psalm, 2.