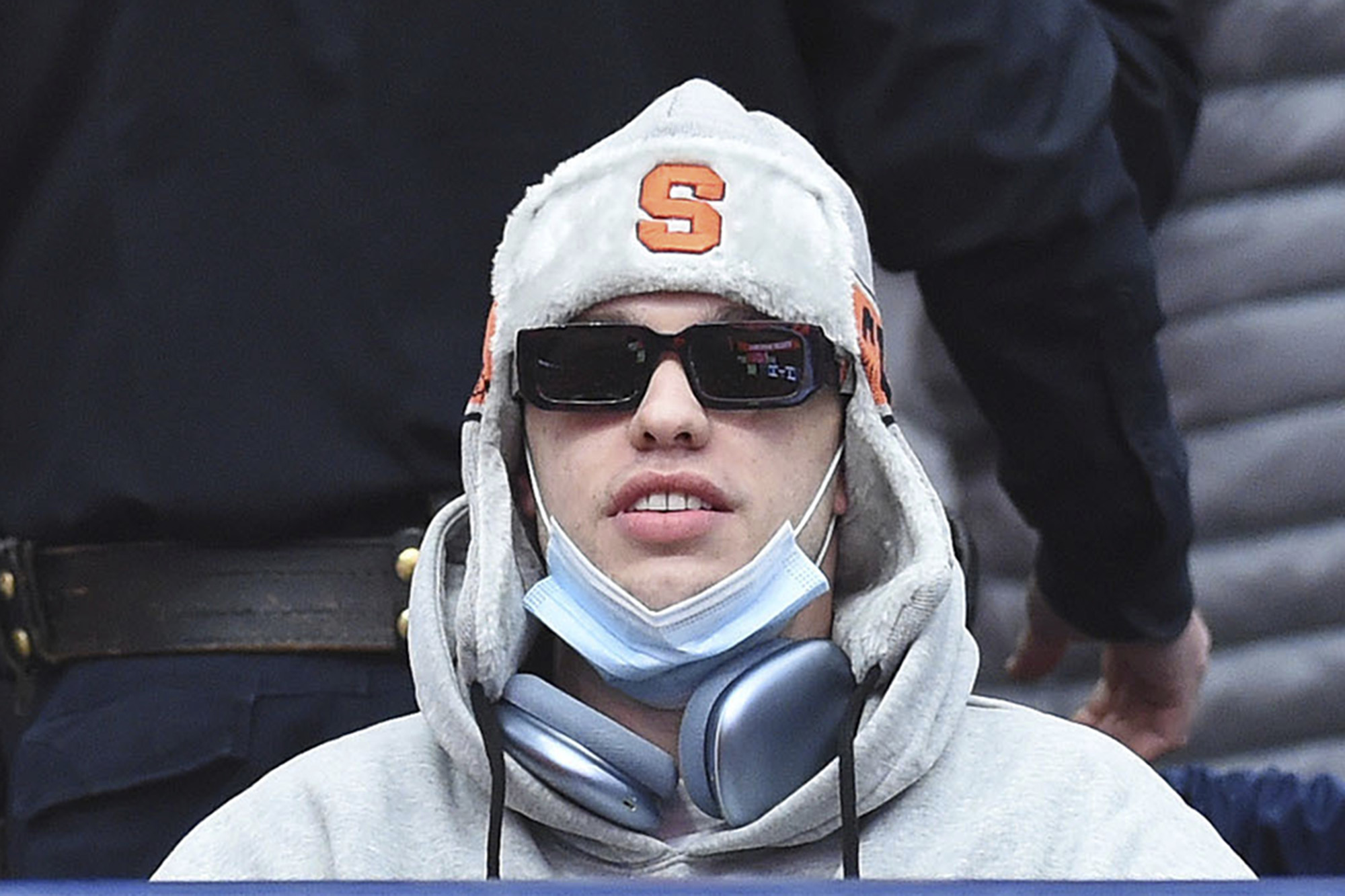 The “Saturday Night Live” star was booed at a men’s basketball game at the Carrier Dome on Saturday, three years after he called the city “trash” in an interview with Howard Stern.

“Pete seemed to be prepared for what was coming to him,” a season ticket holder who attended the game between Syracuse Orange and Louisville Cardinals exclusively told Page Six. “He brushed it off and had a laugh, as did the locals.”

It appears Davidson, 28, was trying to blend in with the crowd. The comedian kept a low profile in a gray hoodie, sunglasses and a Cuse hat.

“Pete remained bundled throughout the game. Maybe because of the single digit temps,” the insider added, “or perhaps because of the cold welcome from natives.”

“During halftime, campus police escorted Pete up to Adam’s suite, which cost approximately $1.3 million to renovate,” one source told us. “Everyone was trying to follow them in but they kept walking.”

Syracuse basketball reporter Mike Curtis later revealed a video message from Davidson “for the city of Syracuse” via Twitter.

“Thank you so much for having me and my friends in the building,” he said. “We had a really great time. So, peace?”

After attending his first college basketball game, and a healthy amount of boos from the crowd, Pete Davidson has a message for the city of Syracuse — and it sounds like he wants a truce. 🏳️ pic.twitter.com/2Fki2oROzT— Mike Curtis (@MikeACurtis2) February 5, 2022

“Dude, I was shooting this movie out in Syracuse. Syracuse, you know, it’s trash,” the Staten Island native said on “The Howard Stern Show” at the time. “Worse than Staten Island. The nicest hotel in Syracuse is, like, a f–king Ramada.”

He dissed the city again in 2019, telling Variety, “It sucks. The whole town of Syracuse blows.”

The “King of Staten Island” star was dating Ariana Grande at the time. The two split and called off their engagement in October 2018 after five months together.

Davidson is currently dating Kim Kardashian, who was not in attendance for Saturday’s game. The reality star was instead dealing with ongoing drama involving estranged husband Kanye West.

Vicki Gunvalson parties in Vegas for Steve Lodge ‘breakup party’
Machine Gun Kelly and Megan Fox get cozy at NHL All-Star Game
We use cookies on our website to give you the most relevant experience by remembering your preferences and repeat visits. By clicking “Accept All”, you consent to the use of ALL the cookies. However, you may visit "Cookie Settings" to provide a controlled consent.
Cookie SettingsAccept All
Manage consent