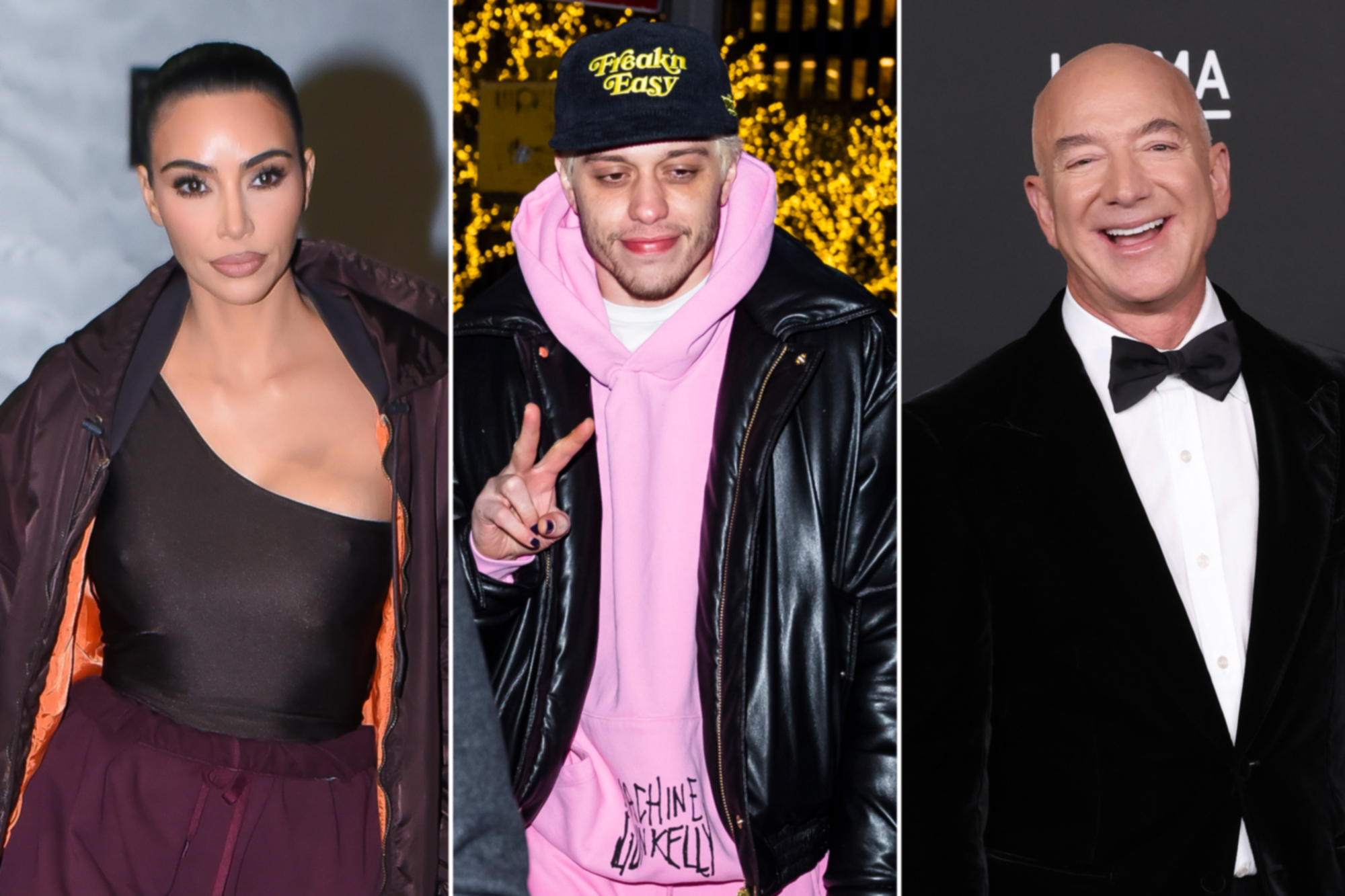 Maybe they just wanted to re-up their Prime membership in person.

The two billionaires and their thousandaire third wheel dined together, the outlet reports, after which Kim & Pete returned to Davidson’s Beverly Hills hotel together.

Other attendees at the dinner — such as Bezos’ girlfriend Lauren Sanchez — were not reported.

TMZ also notes that Bezos wasn’t even the only one-percenter in Kardashian’s calendar this week: She was spotted Monday grabbing coffee with Hillary and Chelsea Clinton at the black-owned LA coffee shop Hot & Cool Cafe in Canoga Park. The trio was, apparently, together to work on “Gutsy Women,” an Apple TV+ series helmed by Clinton.

Aside from letting him breathe the rarified air of the obscenely wealthy, Davidson’s relationship with Kardashian is seemingly making him far more bicoastal. TMZ quoted a source as saying the “Saturday Night Live” star is working more in LA recently, which allows him to spend more time with the mogul.

One thing he won’t have to worry about is a new nickname. Fox, who has, similarly to Davidson, been elevated from a New York B-lister by virtue of a new relationship, recently dubbed the pair “Juliye” — a moniker no doubt giving the Post’s copy editors agita.

West is also doing her makeup now, a bridge we suppose we’ll have to wait and see if Kim and Pete cross eventually.