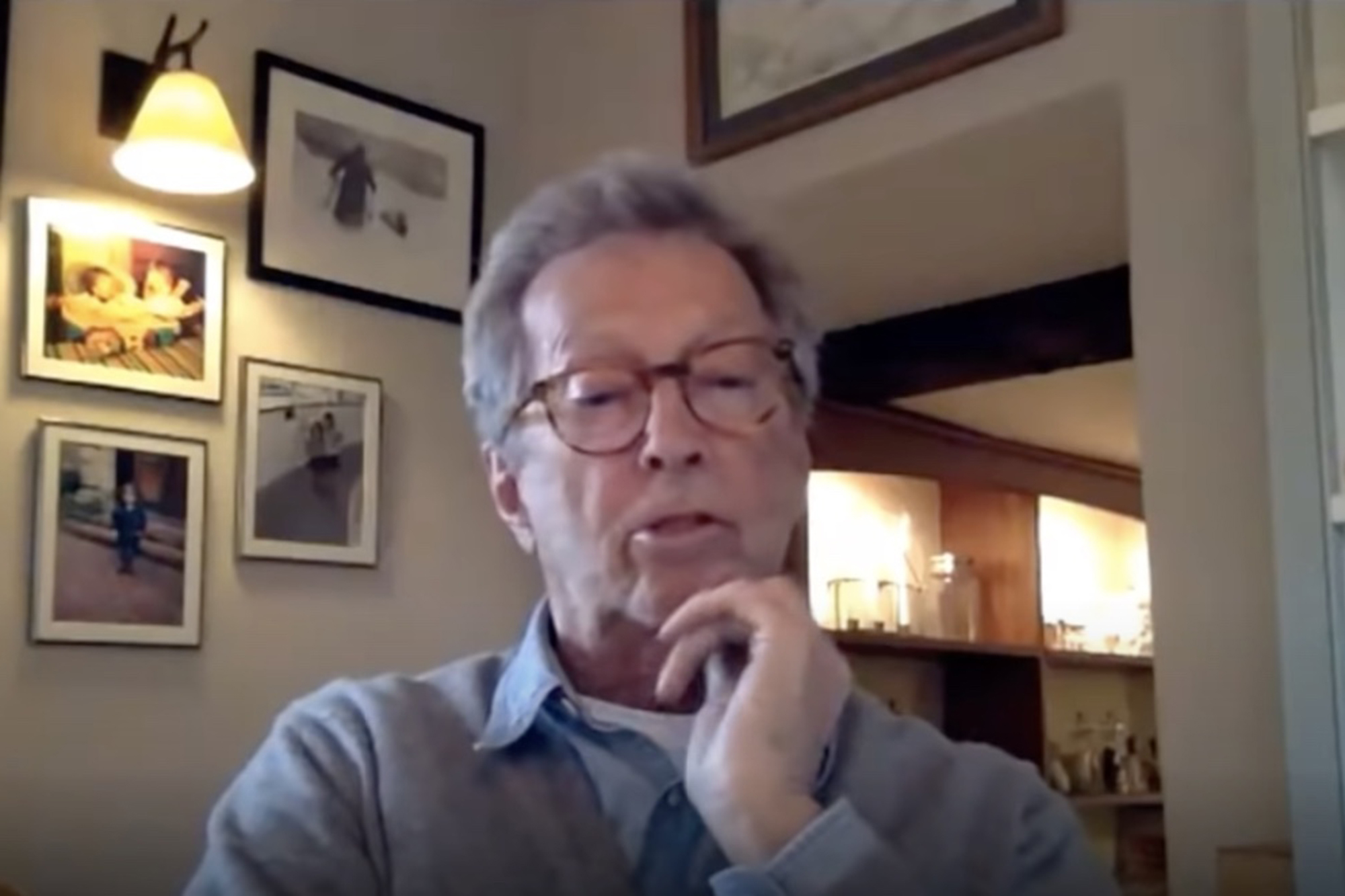 Eric Clapton’s career “had almost gone anyway” until his campaign against conventional medicine took off.

The 76-year-old musician went on the Real Music Observer YouTube channel to discuss how his life has changed since reluctantly taking AstraZeneca’s therapy in 2021. Clapton has since become outspoken about his anti-vaccination stance.

He claimed that he’d been duped into getting the COVID-19 jab by subliminal messaging in pharmaceutical advertising — and urged others not to fall for it.

“Whatever the memo was, it hadn’t reached me,” he said, referring to the “mass formation hypnosis” conspiracy theory, which gained traction in 2021 as part of anti-vaccine propaganda. (In related circles it’s also been called “mass formation psychosis.”)

Credited to Belgian psychologist Mattias Desmet, the theory essentially points to a sort of mind control that has taken over society, allowing for unscrupulous leaders to easily manipulate populations into, for example, accepting vaccines or wearing face masks.

“Then I started to realize there was really a memo, and a guy, Mattias Desmet [professor of clinical psychology at Ghent University in Belgium], talked about it,” Clapton continued. “And it’s great. The theory of mass formation hypnosis. And I could see it then. Once I kind of started to look for it, I saw it everywhere.”

The former Cream guitarist also talked about his efforts with fellow British songwriter Van Morrison to speak up on behalf of other artists against vaccine requirements.

“My career had almost gone anyway. At the point where I spoke out it had been almost 18 months since I’d kind of been forcibly retired,” he said, as pandemic restrictions shut down live events for months.

“I joined forces with Van and I got the tip Van was standing up to the measures and I thought, ‘why is nobody else doing this?’ . . . so I contacted him.”

He said that Morrison, 76, complained that he wasn’t “allowed” to freely object to vaccine requirements.

“I was mystified, I seemed to be the only person that found it exciting or even appropriate. I’m cut from a cloth where if you tell me I can’t do something, I really want to know why,” the “Cocaine” singer said.

“My family and friends got scared, and I think they were scared on my behalf,” he added.

Clapton also admitted that he’d given up on recent news media, which he described as “one-way traffic about following orders and obedience” — a decision that he said has helped him creatively and professionally.

The Rock and Roll Hall of Famer also joked about losing touch with friends and family over his political views: “My family and friends think I am a crackpot anyway.”

“Over the last year, there’s been a lot of disappearing — a lot of dust around, with people moving away quite quickly. It has, for me, refined the kind of friendship I have. And it’s dwindled down to the people that I obviously really need and love,” he said.

“Inside my family, that became quite pivotal,” he said, speaking of wife Melia McEnery and four daughters, Ruth, 37, Julie, 20, Ella, 19 and Sophie, 16. “I’ve got teenage girls, and an older girl who’s in her thirties — and they’ve all had to kind of give me leeway because I haven’t been able to convince any of them.”

Despite making headlines, others in the music community have alienated him, Clapton said. “I would try to reach out to fellow musicians and sometimes I just don’t hear from them,” he said. “My phone doesn’t ring very often. I don’t get that many texts and emails anymore.”

Meanwhile, Clapton has been known to throw his support behind other anti-vax activists, including donating more than $1,300 to a British rock group who were slapped with fines for breaching COVID-19 protocol during a show in 2021.

Aside from his work with the “Brown Eyed Girl” singer, Clapton also released the song “This Has Gotta Stop” last year, with a similar message: “I can’t take this BS any longer / It’s gone far enough / You want to claim my soul / you’ll have to come and break down this door.”

Adele FaceTimes viral TikTok superfan over canceled concerts
Cop paid $30K to leave force after colleagues found OnlyFans account
We use cookies on our website to give you the most relevant experience by remembering your preferences and repeat visits. By clicking “Accept All”, you consent to the use of ALL the cookies. However, you may visit "Cookie Settings" to provide a controlled consent.
Cookie SettingsAccept All
Manage consent