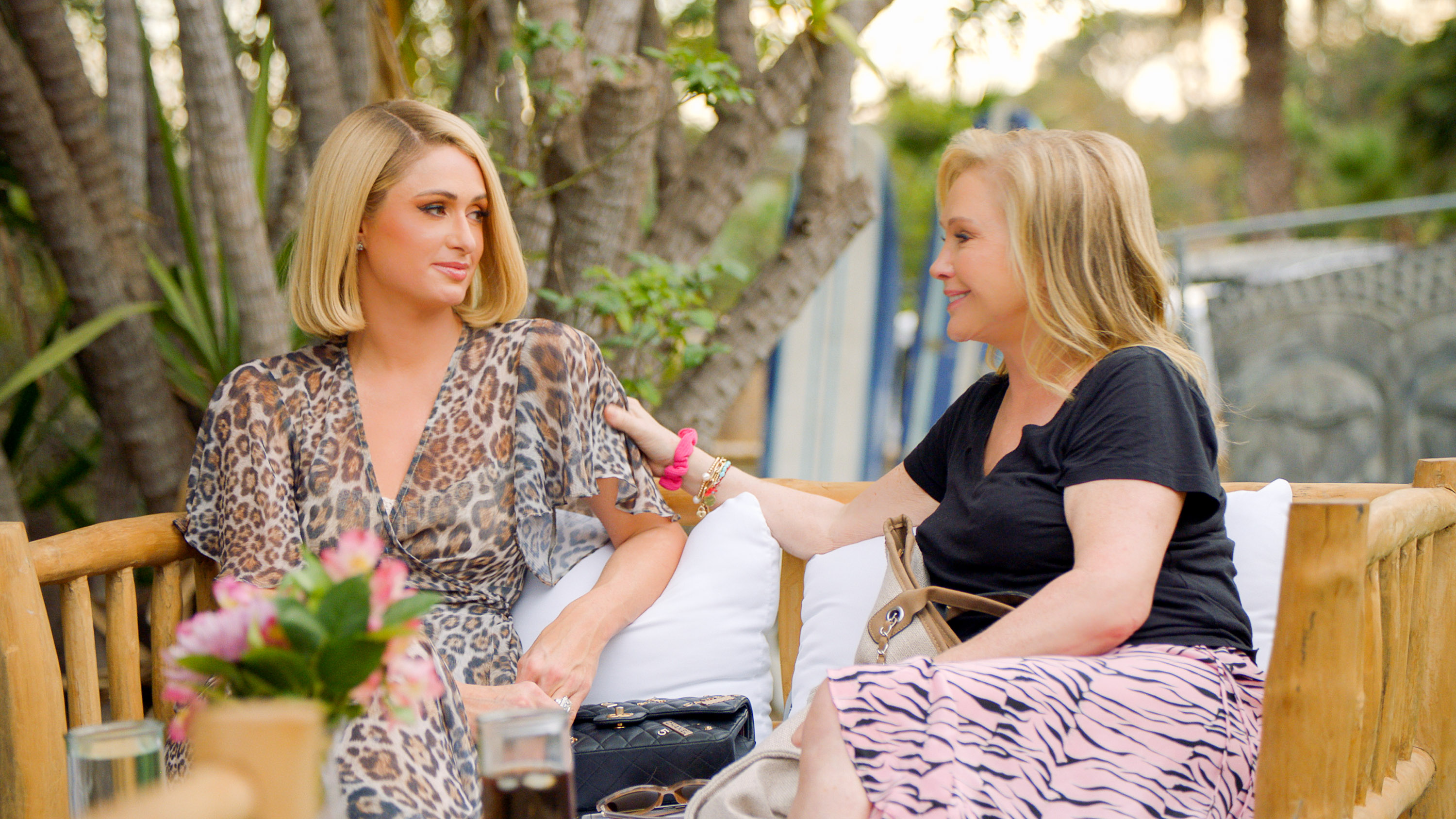 Paris Hilton said her Peacock reality series, “Paris in Love,” is the first time she’s been her “true self” on TV.

“I was playing ‘The Simple Life’ character for so long. I was definitely underestimated, and there were a lot of misconceptions,” Hilton, 40, told The Post, referring to her infamously ditzy blonde persona from her 2003-2007 reality series with Nicole Richie. “No one knew the real me before.

“A lot of why I created the character was for ‘The Simple Life,’ but it was also kind of a mask, or a protective shield, because I didn’t trust anyone. And after my [2020 documentary ‘This is Paris’] I learned so much about myself and started talking about all of the traumatic experiences I’ve been through,” she said. “It’s just been such a healing experience. I finally know who I am. I had an amazing time shooting the show [‘Paris In Love’] with my mom, and spending time with her and my sister.”

“Paris In Love,” streaming on Peacock, drops its two-episode finale Jan. 27 and will air on E! starting Feb. 2 at 10 p.m. It follows Hilton’s preparations for her wedding to venture capitalist Carter Reum, 40, with whom she tied the knot on Nov. 11 at the former Bel-Air estate of her late grandfather, Barron Hilton.

“The most special part of the wedding was being able to throw it at my grandfather’s old estate, because that’s the house I had grown up in,” she said. “Every Christmas, every birthday when I was little, all of the Thanksgivings. When my grandfather passed away, my whole life I wanted to get married there one day, so I was really sad, obviously, because of him but also that I wouldn’t get to do my wedding there… But my friends who now live [at the estate] offered for us to do it there. I was really grateful for that.”

Carter Reum, left, and Paris Hilton, right, share a smooch with a pooch on “Paris In Love.” Shed Media/Peacock

“Paris In Love” is Hilton’s first reality series since “This Is Paris” revealed her past experiences attending Utah’s Provo Canyon School in 1996 – a boarding school and “youth residential treatment center” at which she said she was physically and psychologically abused. After staying quiet for decades, Hilton has been speaking out, including testifying before the Utah Senate, penning an op-ed in the Washington Post, and producing a podcast called “Trapped in Treatment,” that shares stories of other survivors of controversial “troubled teen” schools.

“Paris In Love,” shows Hilton discussing her past with her mother, Kathy Hilton, 62, in between picking out her wedding dresses and throwing a lavish bridal shower.

“It was definitely hard to talk to my mom about everything that I went through, because it felt traumatic and painful to speak about. So, we had never talked about it,” said Hilton.

Paris Hilton and her mom, Kathy Hilton, on “Paris In Love.” Shed Media/Peacock

“During the show was when we started going to therapy together. I know that she had no idea what was happening, just like every other parent who sends their children to these types of schools. It was really healing for both of us to finally talk about that, and lift that weight off my shoulders before I got married and moved on to the next phase of my life.

“What I went through affected my entire life and the way that I am. Now, I’ve learned to trust and open up my heart. Letting someone in, with Carter, has been the most incredible experience of my life. I’ve never felt happier.”

Paris Hilton at her bachelorette party in “Paris In Love.” Todd Williamson/Peacock

However, the couple did have one major point of contention on “Paris In Love:” Reum wanted Hilton to change her last name once they got married, while Hilton was adamant that “Paris Hilton” is her brand and her family legacy. They’ve since reached a compromise, she said.

“I’m going to keep mine, but our kids will be hyphenated, they’ll have Hilton-Reum. We’re so excited to start a family. He’s my perfect match.”

Paris Hilton and Carter Reum practice dancing for their wedding on “Paris In Love.” Shed Media/Peacock

She also said that even though “Paris In Love” showed her authentic personality, her “character” from “The Simple Life” is not entirely retired.

“I’ve always been someone who likes to play into it and be entertaining in that way during certain situations. So, I am myself now, but sometimes I will play into it a little bit. Or if I get shy, my voice will go higher. It’s something I’ve been doing for so long that it’s hard to completely not do. I’ve gotten so used to it.

“But at least now I can show my true self as well.”

JoJo Siwa celebrates 1 year anniversary of coming out as gay
Kandi Burruss Is Proudly Celebrating The Birthday Of Her Cousin
We use cookies on our website to give you the most relevant experience by remembering your preferences and repeat visits. By clicking “Accept All”, you consent to the use of ALL the cookies. However, you may visit "Cookie Settings" to provide a controlled consent.
Cookie SettingsAccept All
Manage consent