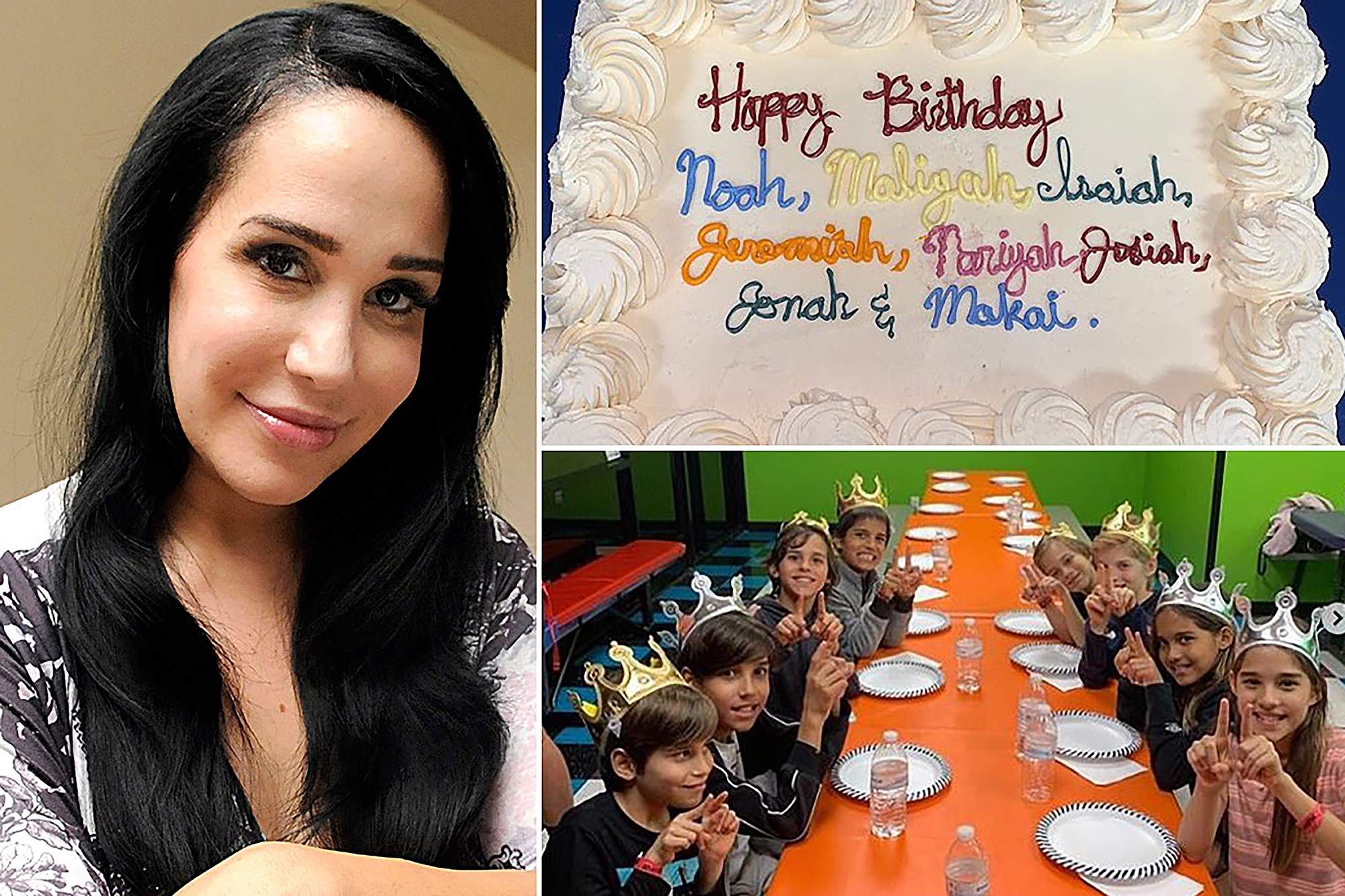 The “Octomom” offspring just scored a major milestone: Her tots have hit their teens!

Nadya “Natalie” Suleman, the mega-mama of 14 children — who catapulted to nickname infamy in 2009 with octuplets conceived via in-vitro fertilization — is going viral again after sharing an Instagram tribute to her eight youngest on their 13th birthday.

“You are all growing into some of the most kind, humble, grateful and loving human beings I have ever known,” the single Octomom from Los Angeles added before listing her brood’s abundant positive attributes.

“Each of you possess[es] rare and unique characteristics, and are unlike any other child of your age, particularly in our society today,” said Suleman, who now goes by the name “Natalie” on social media. “You are selfless, altruistic, non-materialistic, and loving, fearing followers of God. I have never seen children who love and want to serve others, (particularly those less fortunate), so boldly and confidently like each and every one of you do.”

She continued giving kudos to her kiddies, saying: “You are not followers of this shallow world, but of a God that created and loves you unconditionally. I don’t know what I could possibly have done to deserve being blessed so bountifully. I love you.”

The mom of multiples and ex-porn star has single-handedly raised her tribe of 14 in Orange County, California, since the early 2000s.

In 2001, shortly after separating from her ex-husband Marcos Gutierrez, the then 21-year-old Suleman welcomed her first son, Elijah, after “hoarding” her own money to cover $10,000 in IVF fees. She went on to welcome five more children, including a set of fraternal twins, through IVF over the next few years.

And in 2008, Dr. Michael Kamrava — who was ultimately stripped of his medical license, and has since moved out of the United States — implanted 12 embryos in the mother, resulting in the birth of eight babies.

Suleman alleged that Kamrava “misled” her when he excessively embedded her uterus while she was under the influence of a “cocktail of drugs,” including Valium, during her what would be her final IVF surgery.

But beef with her former physician aside, Suleman went on to break the Guinness World Record for delivering the most amount of children to survive during a single birth. She welcomed her tummy tribe via cesarean section on Jan. 26, 2009.

Suleman claimed her doctor “misled” her by implanting 12 embryos in her uterus during her final IVF procedure in 2008. Instagram/@nataliesuleman

Following her record-breaking births, Suleman enjoyed a massive wave of media attention — a frenzy that earned her the inescapable Octomom moniker — which ultimately lead her to a stint in pornography and a gig as a stripper.

In April 2012, Suleman filed for bankruptcy. And in October of that year, she checked in to a drug rehabilitation facility for an addiction to Xanax, which she had been prescribed by her doctors to reduce anxiety.

Two years later, in 2014, she pleaded not guilty to welfare fraud charges after she was accused of failing to report to the government that she had earned a whopping $30,000 working as a topless dancer and adult film actress. Suleman ultimately avoided jail time, but was forced to pay $26,000 in restitution, serve two years on probation and work 200 hours of community service.

Suleman praised her eight youngest children for growing up to be “altruistic” and “loving.”Instagram/@nataliesuleman

And in 2018 she finally left the world of erotica after coming home to find one of her daughters playing dress-up in her stripper heels.

Suleman, who has a bachelor’s degree in child development, went on to find work as a counselor and has since tried to “kill” off the Octomom identity.

“When I walked, or shall I say ran away, from my Octomom persona,” she told ITV in 2019, “I went right back into my healthy lifestyle that I’ve always had my whole life.”