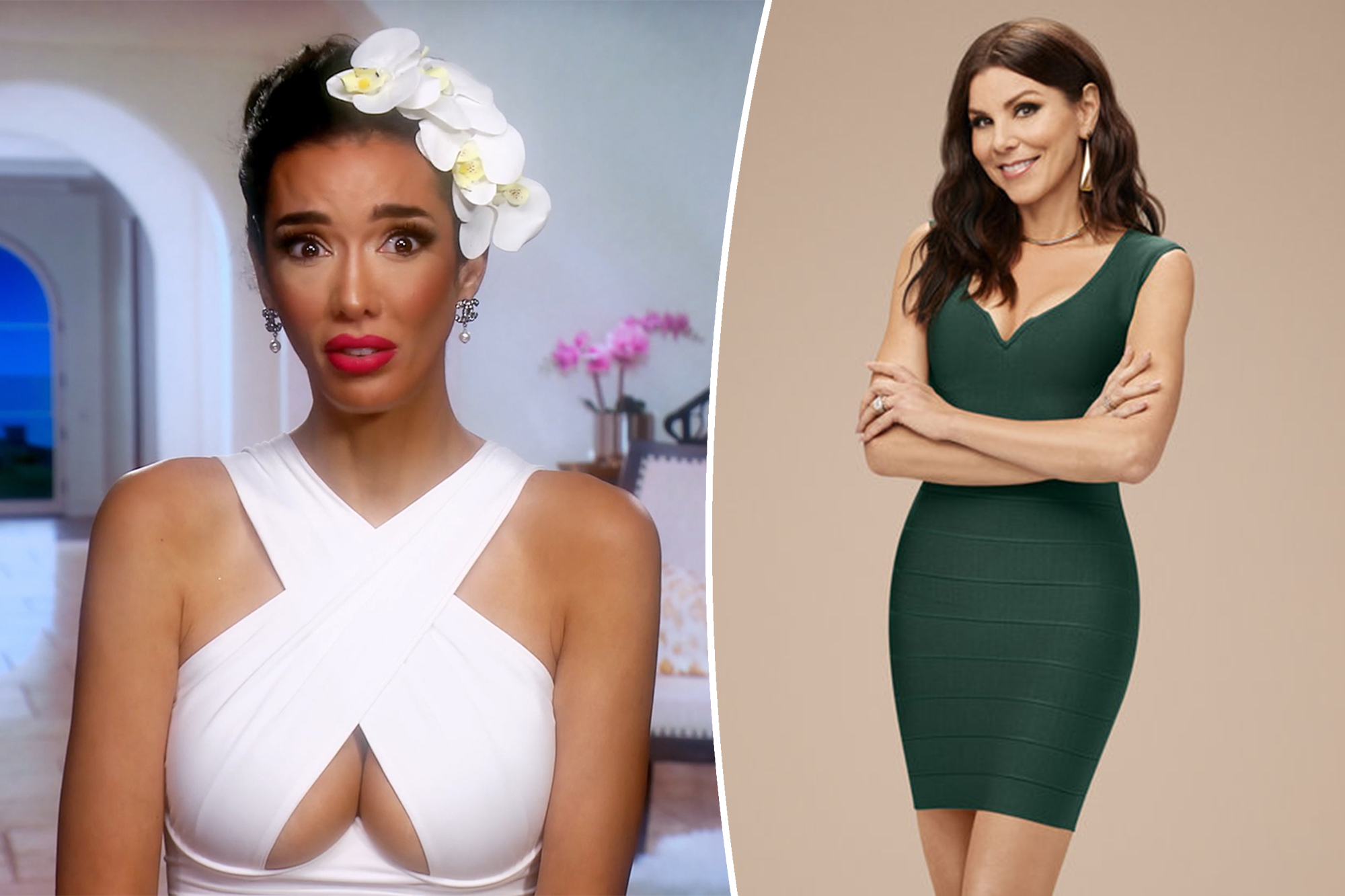 This feud is heading south of the border.

Noella Bergener discovers in Wednesday’s episode of “The Real Housewives of Orange County” that Heather Dubrow “didn’t want” her to attend the cast’s trip to Cabo San Lucas, Mexico — a revelation that “hurt” the Bravo rookie’s feelings.

In Page Six’s exclusive clip, Emily Simpson tells Bergener, 36, that Gina Kirschenheiter had to coerce Dubrow, 53, into inviting her noted frenemy on the group vacation.

“She didn’t even want her to come. You had to talk her into it,” Simpson, 46, tells Kirschenheiter, 37, during an oceanside hang with Bergener.

“Did you know that?” Simpson asks, addressing Bergener directly.

“No. Now I do,” the latter “Housewife” replies dejectedly.

Noella Bergener learns on “RHOC” that Heather Dubrow “never wanted” her to attend the cast’s trip to Mexico.Bravo

In an attempt to make Bergener feel better, Kirschenheiter denies having to convince Dubrow of anything — but she and Simpson know the truth.

“I felt like it was important for Noella to know what Gina did and what a good person she is and how much she was trying to advocate on her behalf. Somebody had to do it,” Simpson says in a confessional.

Meanwhile, Kirschenheiter jokingly asks the camera, “What the f–k, Emily?”

Later, Kirschenheiter admits that she indeed asked Dubrow “for a favor” by having her include Bergener in the girls’ getaway.

“You’re a friend and I knew you were going through a hard time,” she tells Bergener on the beach.

“This is kind of hurting my heart,” the series newbie replies. “It just does.”

In a confessional, the mother of two — who is currently navigating a messy divorce from estranged husband James Bergener — says she once perceived Dubrow’s invite to Mexico as an “olive branch.”

“[I thought] this was Heather saying that we’re going to be civil, decent, respectable women to each other,” she explains.

Dubrow “didn’t even want [Bergener] to come” to Cabo, according to Emily Simpson.Tommy Garcia/Bravo

Adding fuel to the fire, Simpson and Kirschenheiter let it slip earlier in the scene that Dubrow had made arrangements for the women to fly back to Orange County, Calif., on a private plane — but suggested that a seat might not be saved for Noella.

“Heather hasn’t spoken to me about flights or anything at all for that matter,” the Playland founder laments to the camera.

Kirschenheiter, ever the optimist, then tells her pal, “I don’t think Heather would not [let you fly].”

The co-stars have been feuding throughout Season 16.Nicole Weingart/Bravo

As “RHOC” viewers are well aware, Noella and Dubrow have frequently butted heads throughout the first half of Season 16. They memorably sparred after Dubrow caught wind that Noella had branded the OG star a “fake bitch.”

In the Jan. 19 episode, Dubrow accused Noella of giving her daughter Max “pornography” — which turned out to be a Pride-themed card game to celebrate the release of the 17-year-old’s LGBTQIA+ memoir,  “I’ll Give It to You Straightish.”